Remember the great TV parody sequence in "101 Dalmatians" called "What's My Crime?" ?
Even if you have never seen the American TV show "What's My Line", which the animated version is based on, the humor and satire are so strong and enjoyable to watch, way past the 1960ies.
Here are are a few character design sketches by Milt Kahl, no doubt based on story drawings by Bill Peet. They show one of the questioners Miss Birdwell and the Quizmaster himself.
I can't ever get enough of Milt's graphic abstractions, such as the Quizmaster's hands, fingers interlocked, forming the shape of a bridge or something like that.
Some of you might recognize a drawing influence of Ronald Searle, who's work affected animated projects from many studios in those days. 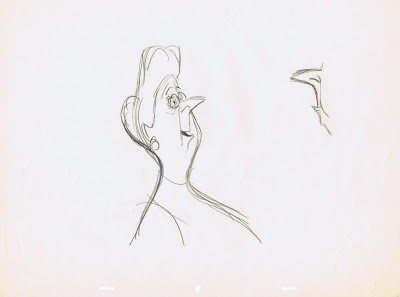 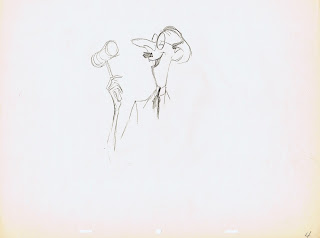 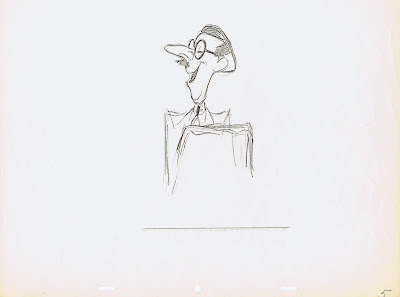 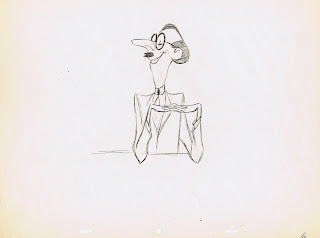