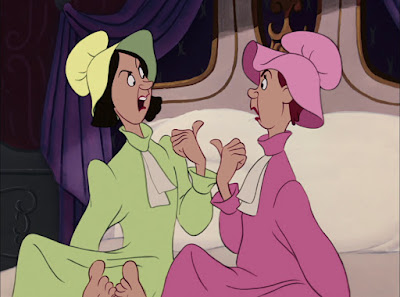 Another example of how Milt Kahl had his hand in the designs of almost all Disney characters.
Even the ones he didn't animate. Below are four drawings that Milt did over Ollie Johnston's key poses of the stepsisters from the film Cinderella. They appear on the rough model sheet along with many more of Milt's sketches,drawn over Ollie's.
It's interesting to see that the sisters' hands are depicted fairly realistically, while the feet look very cartoony and oversized. They had to be, because of Cinderella' glas slipper. There is no way that the slipper would fit on those clumsy things. 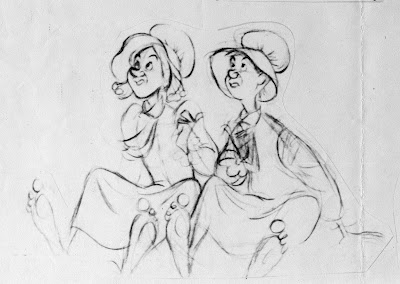 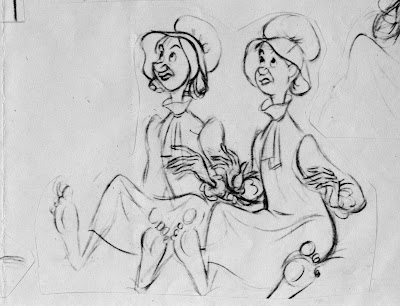 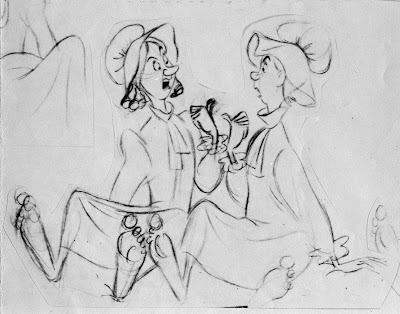 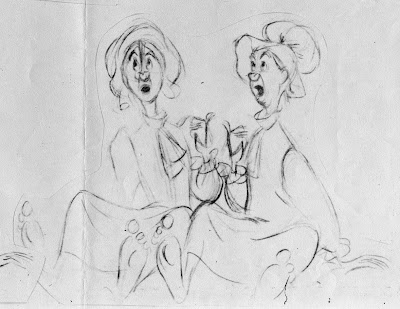 This previous post Milt shows Milt's early designs for the Stepmother, who was animated by Frank Thomas:
http://andreasdeja.blogspot.com/2012/10/the-stepmother.html