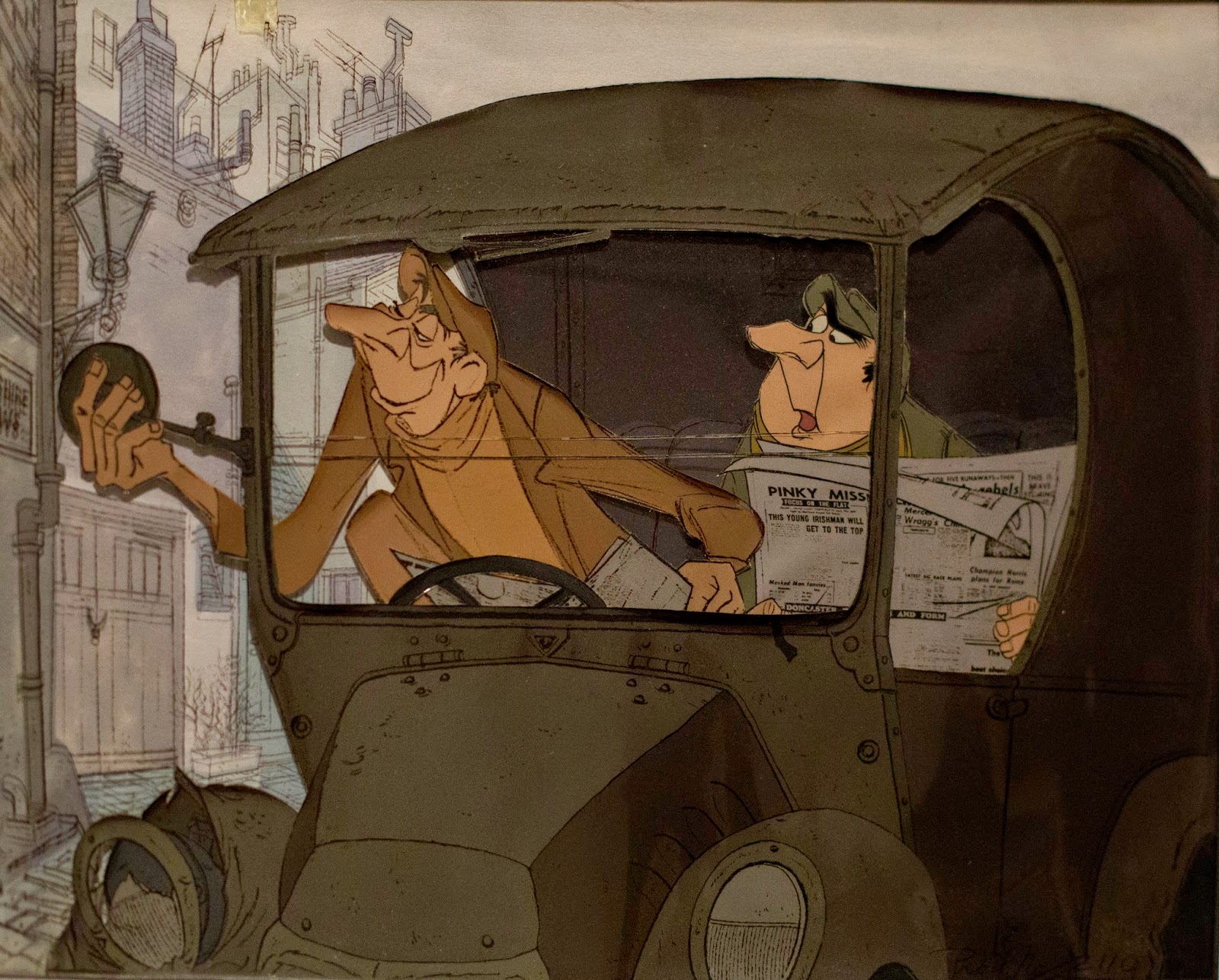 Cruella De Vil's henchmen Jasper and Horace were principally animated by John Lounsbery (and beautifully so), but their final design was created by Milt Kahl based on story man Bill Peet's rough character concepts. These two second rate criminals share a fairly low IQ, but in appearance they form a fun, strong contrasting duo. Jasper is tall, thin and gangly, Horace is tubby, short and  roly-poly.
Some of their scenes were based on live action reference, but the animation never looks rotoscoped or floaty. Lounsbery had a great time bringing these comic villains to life, and as you can see in these drawings, Milt again pushed the graphic/personality boundaries for new Disney characters. 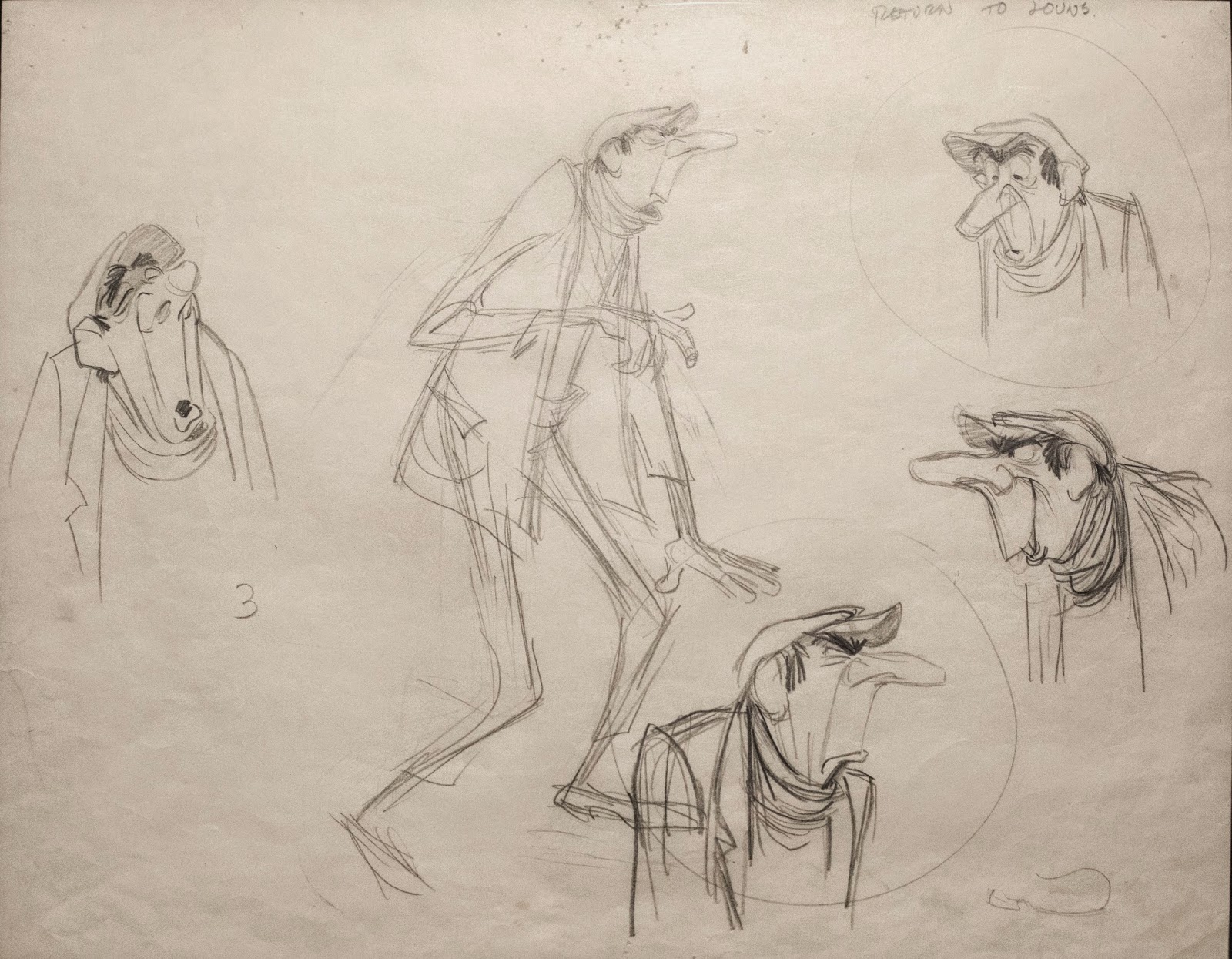 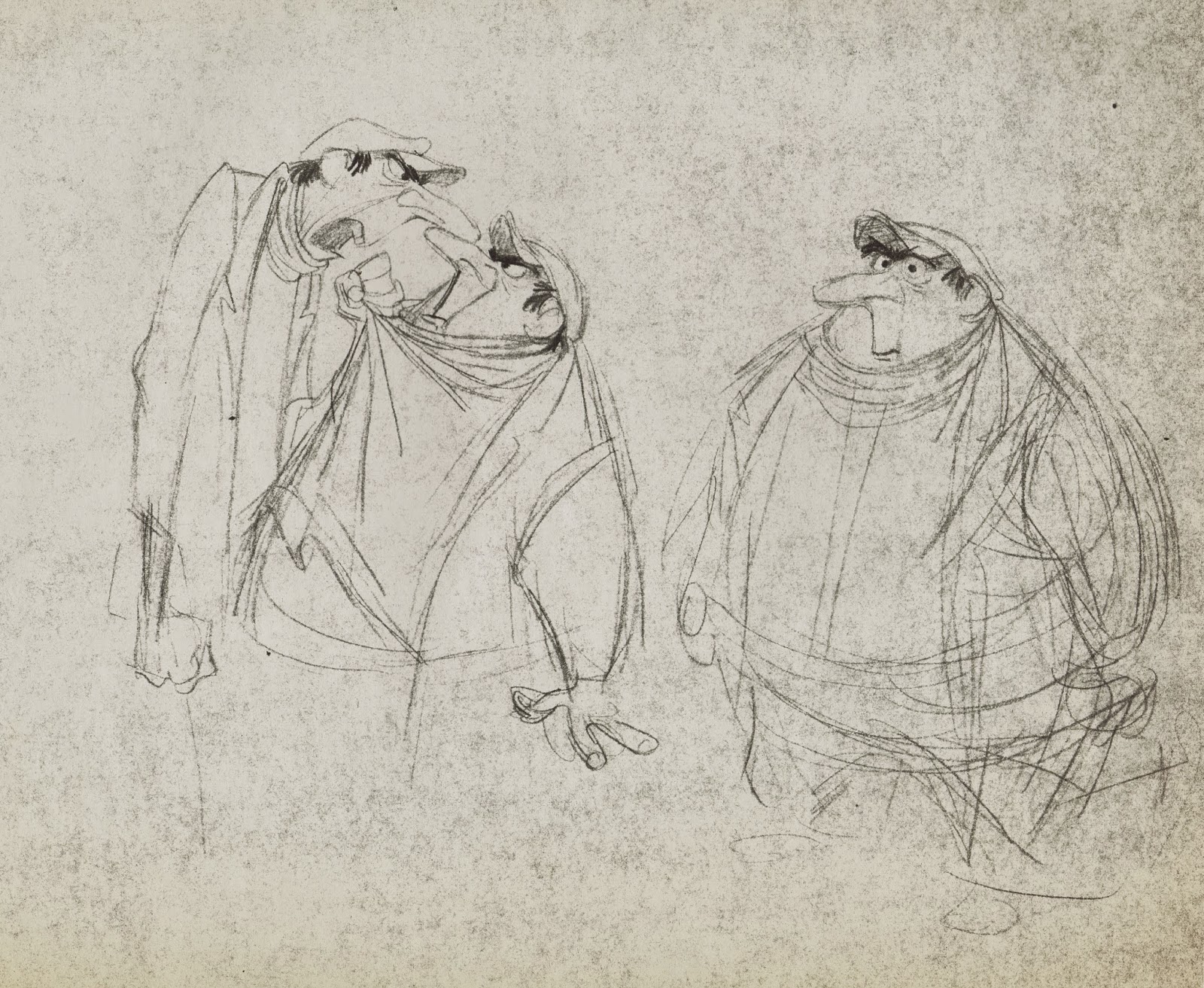 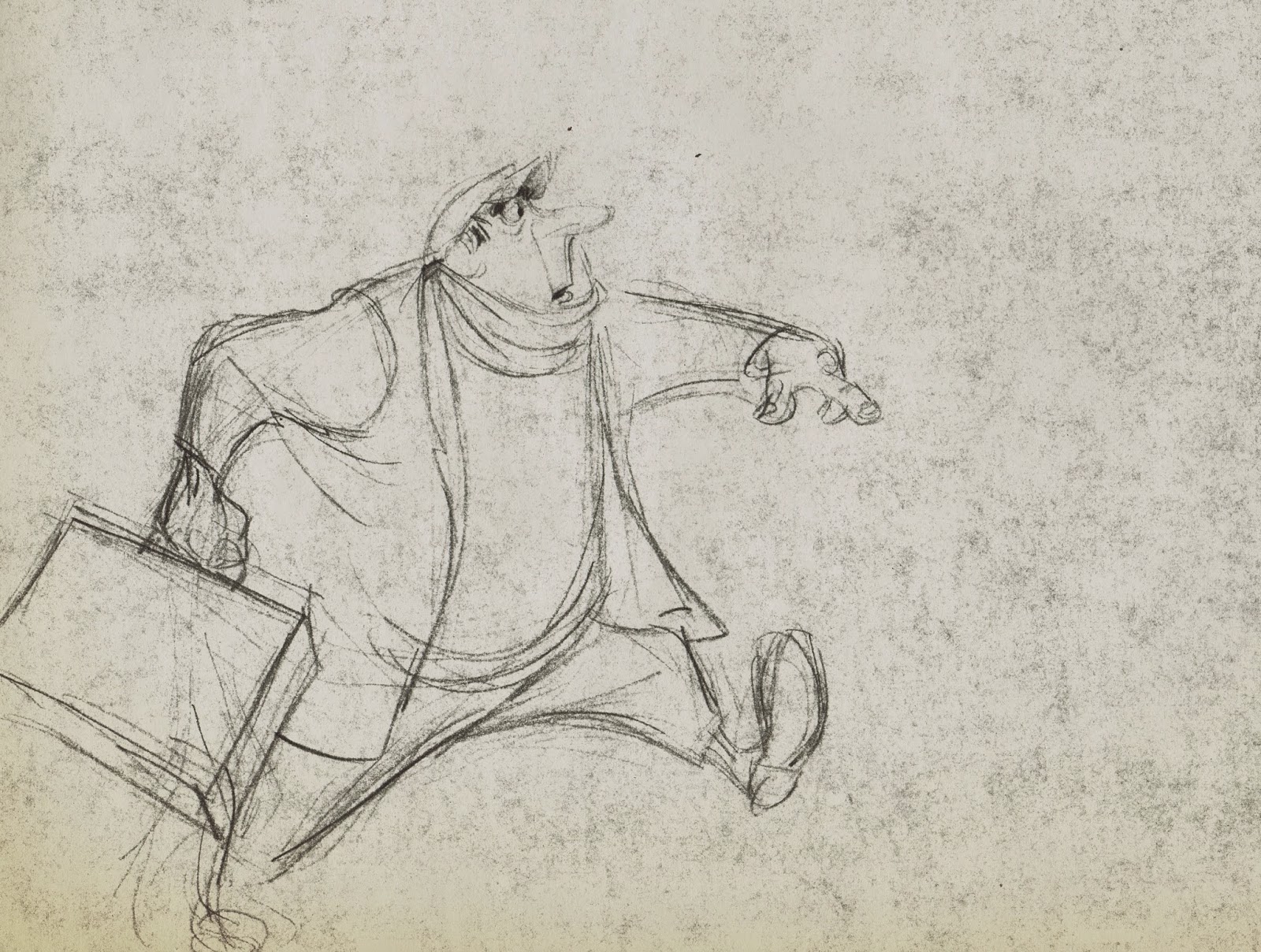 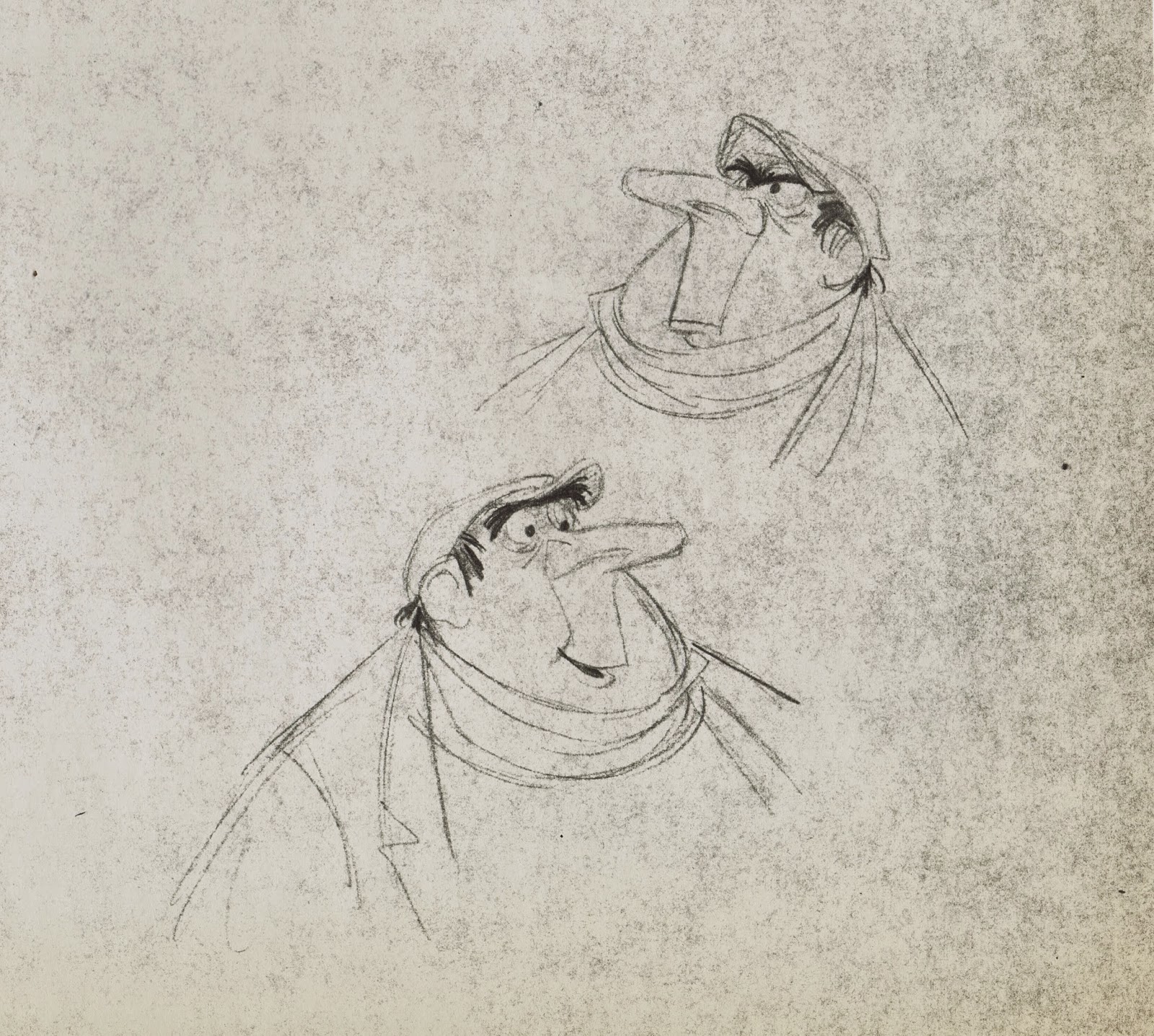 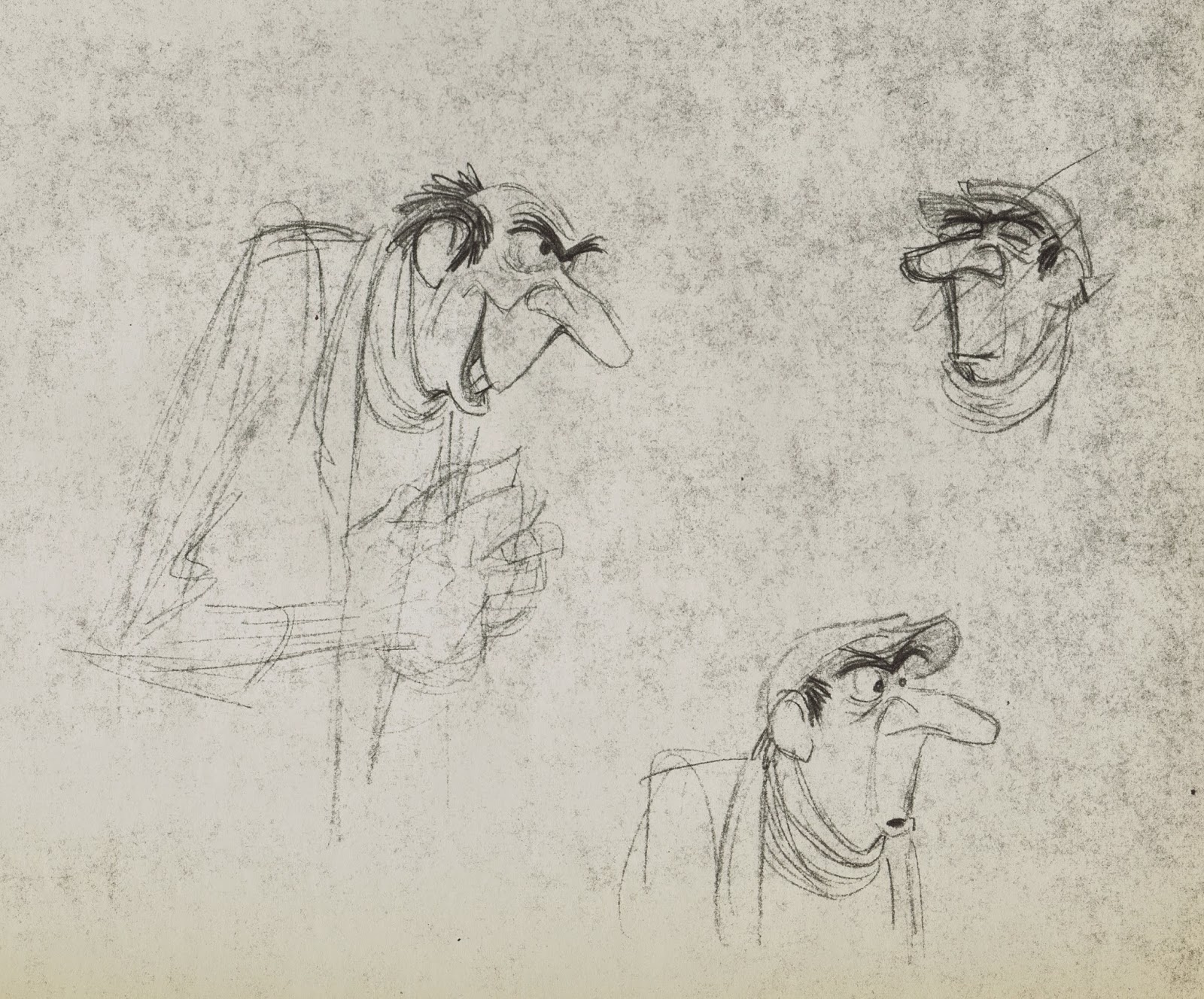