As story artist Floyd Norman can testify, finding a proper ending for "The Jungle Book" proved very difficult for the crew.
They had created all these entertaining sequences full of rich characters, but how do you wrap it all up? How DOES Mowgli end up at the man village?
Finally, in a meeting Walt Disney himself suggested that a young girl would  lure Mowgli away from the jungle toward the village.
Guess what, the animators hated the idea. Milt Kahl blurred out: "Yeah, and we'll call it 'The Lure of the Tame' "!
"Walt was NOT amused", Milt recalled years later in an interview "He just gave me a look."
Even Ollie Johnston thought, this would be a tacked on ending. Nevertheless he ended up with the assignment of animating the sequence. "The more I thought about it, the more I liked it" Ollie said.
The challenge for this situation was to find the right balance between innocence and sexy for the two characters. They are both still very young, and this needed to be handled very carefully, or the sequence would be laughable.
Of course Ollie was the perfect choice to animate it, the end result feels genuine and sincere.


The first color sketches are by Ken Anderson and Vance Gerry, the second one seems to be inspired by painter Paul Gauguin. 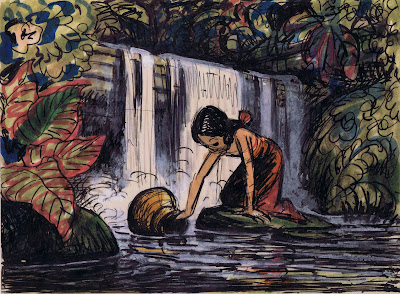 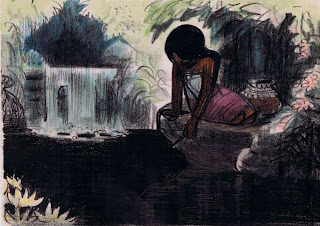 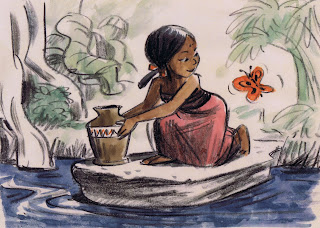 These are more specific character  sketches by Ken Anderson. You can compare them  directly to the following more nuanced versions by Milt Kahl.
I am completely in awe of those drawings, there is an absolute beauty and charm
to them. Milt just had a way of creating the ultimate appeal for Disney characters.
Disney's Michaelangelo? You bet! 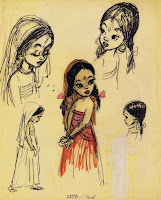 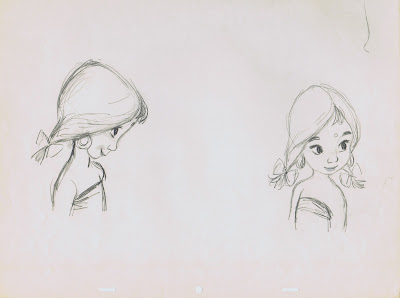 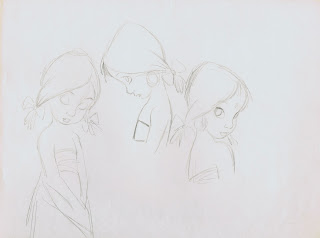 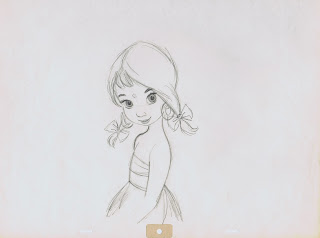 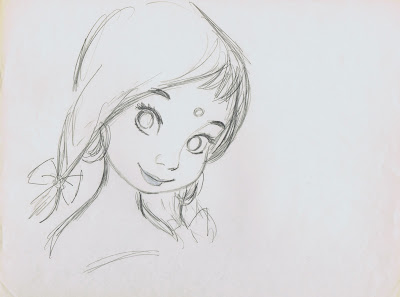 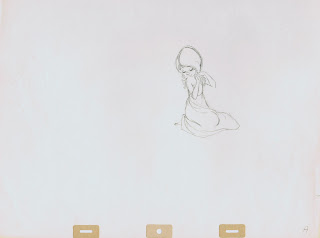 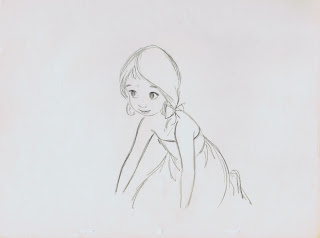 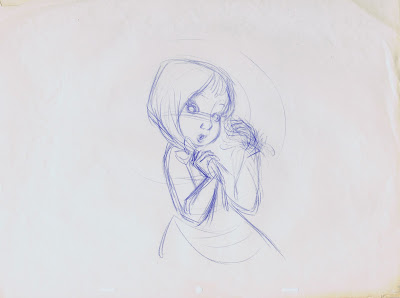 This blue animation rough by Ollie shows that he was able to utilize beautifully what Milt had prepared for him.
The last sketch by Ken Anderson suggests a somewhat different tone for the final sequence in "The Jungle Book". 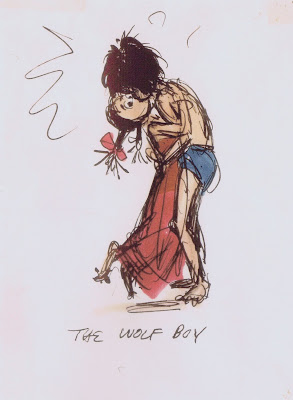