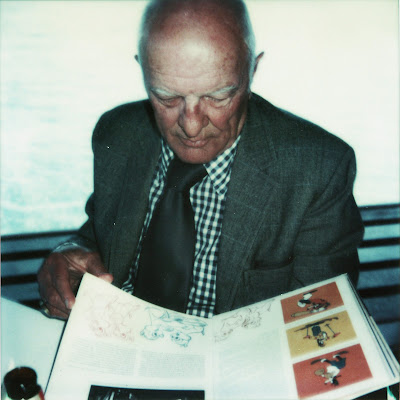 Milt Kahl is flipping through pages of Bob Thomas' 1958 book "The Art of Animation". The pic was taken sometime during the early eighties on one of my pilgrimages to San Francisco to see Milt.
I had brought the book along for him to sign.
We are at the Spinnaker restaurant in Sausalito, across the bay from San Francisco. It was one of Milt's favorite restaurants. He would always get the same table, in the far right corner of the restaurant.
See pic below.
Of course the view was fantastic, but I was much more interested in what Milt had to say...anything coming from him would be words of wisdom. I remember him asking me if I knew Richard Williams and Brad Bird. (At that time I hadn't met either yet.) Milt thought they both were talented guys.
He expressed his concerns about the future of Disney animation. This was of course before our "renaissance". Milt lit up whenever I asked him about his last animation for Disney on The Rescuers.
He was truly proud of his work with Medusa and Snoops. He said:"I probably had more fun animating Medusa than any of the other characters".
The Spinnaker still serves lunch and dinner. Next time you are in the Bay area and want to walk in Milt's footsteps...that far right corner table! 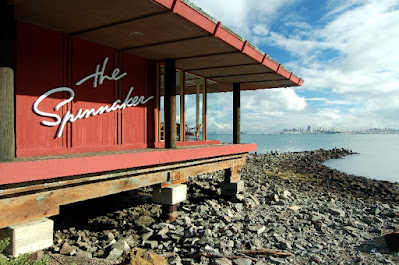 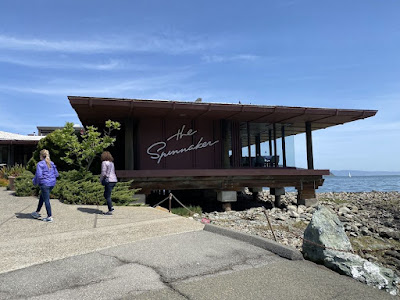 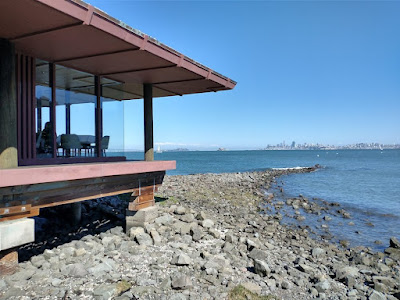