I will be living with these two for a while, since they are the main characters of my animated film.
It is a story of love and sacrifice, set in Russia. I have been working on story and pre-production throughout the year and will go into production next year.
The style will be a sort of like an animated sketchbook. I had been wondering if instead of using digital color I could just use color pencil shading right on the animation drawings. When applied very carefully the flickering will be minimal.
Here are just a few character studies to give you an idea where I am going with this.
Luckily the LA Zoo had a couple of tiger cubs (they are almost fully grown now), so I did spend some time there to observe and sketch them. 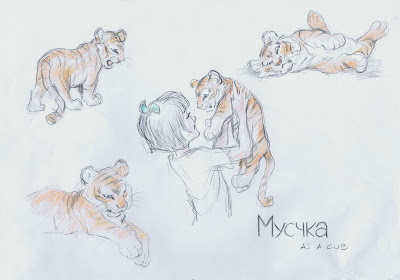 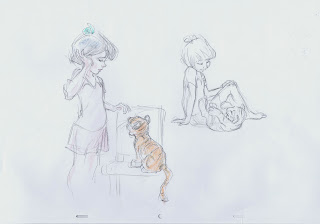 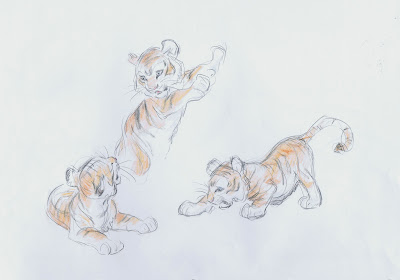 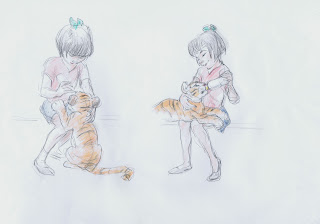 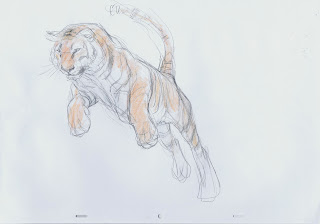 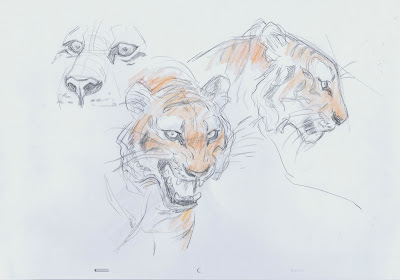 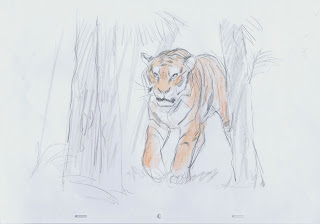 This is a little teaser I put together. The idea behind the scene is that Sarah, who is raising this tiger cub, realizes for the first time that even at this young age he already has a "killer instinct".


All artwork and video © Andreas Deja