Here is a gallery that spans a few decades in Frank Thomas' career.
As you can see, Frank had no limitation as an animator, he was great at everything.
Comedy, drama, evil, pathos, you name it. Even though he admitted to struggle
with his draughtsmanship, the final results and its emotional impact were very much admired by other animators who had an easier time with drawing and design.
Any of these drawings showcase an inner feeling for the character, animation from the inside out.
Here are a few comments he made over the years about these characters:

Frank was proud of the the work he did with the dwarfs, mourning the death of Snow White, because for the first time audiences cried watching animation.

Pinocchio was like a little boy, but he had absolutely no life experiences yet,
he had just been "born". His animation required that the usual squach and stretch
be avoided in order to make him look like he is made out of wood.

Bambi was probably his favorite film.

Frank used some of Walt's own gestures when animating Mickey in "The Pointer".

Walt Kelly complemented Fred Moore on the opening animation of "The Flying Gouchito", when in fact this was Frank's work.

Toad was someone who "acted" in front of other characters.

He animated Ichabod Crane riding through the forest at the rate of about forty feet a week.

As far as the successful performance of Cinderella's stepmother, he gave credit to  actress Eleanor Audley, who voiced the character and provided live action reference. "One of the greatest voices we ever had".

After a long search Frank found inspiration for the Queen of Hearts while playing
the piano with the Firehouse Five plus Two on Catalina Island.
He watched a lady in the audience, who acted both, dainty and brash.

Captain Hook needed to be entertaining as well as frightening, but some of the action scenes with the crocodile went too far, he felt.

Frank watched little old ladies in supermarkets as a study for the Three Fairies
in "Sleeping Beauty".

"101 Dalmatians" was storyman Bill Peet at his best.

"The Sword in the Stone" had great sequences, and he loved doing the squirrels,
but the relationship between Merlin and Wart lacked warmth.

Dick van Dyke's legs were constanty in the way of his penguin's choreography.

"Jungle Book" might have a very simple story, but these characters are some of our best.

When we started "The Rescuers" the time had come to add new, fresh talent to the crew.

Check out this great tribute by Ted Thomas to his father :
http://wdfmuseum.squarespace.com/posts/2011/6/17/disney-dads-ted-thomas-on-frank-thomas.html 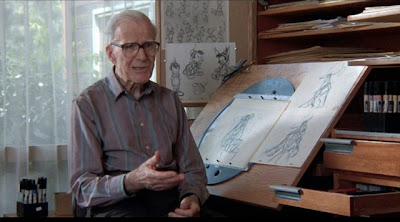 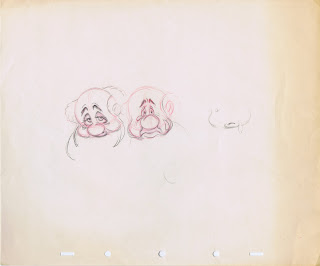 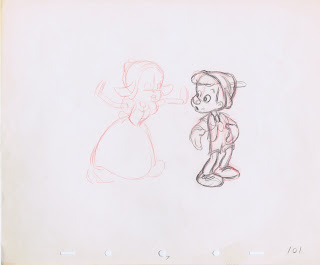 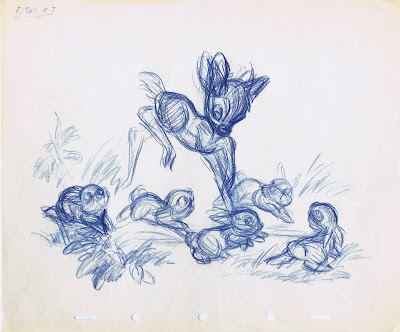 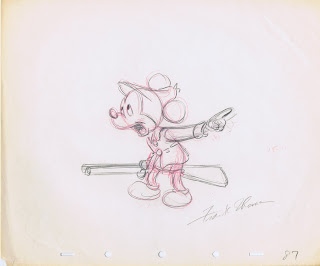 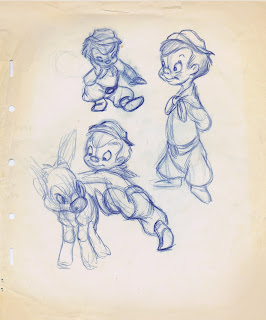 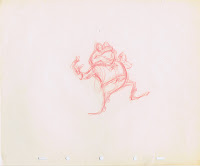 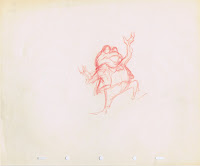 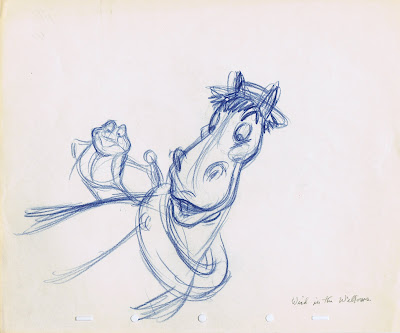 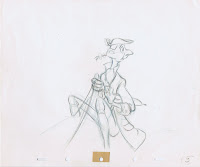 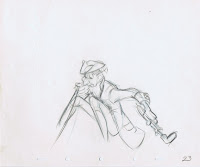 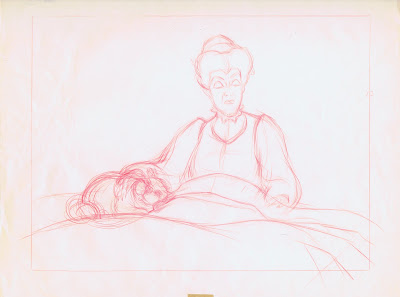 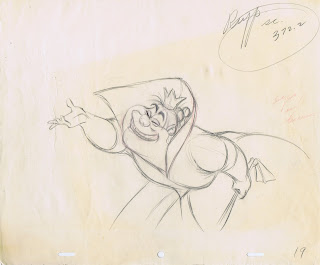 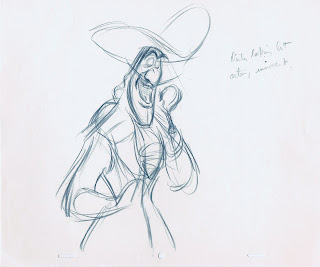 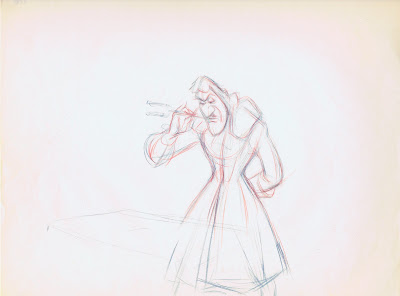 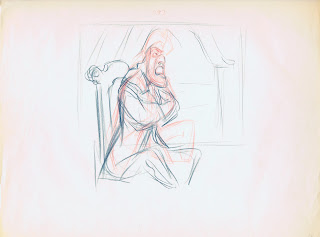 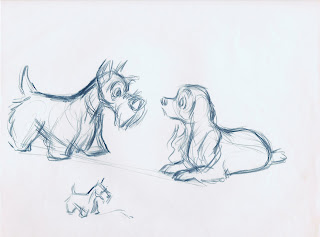 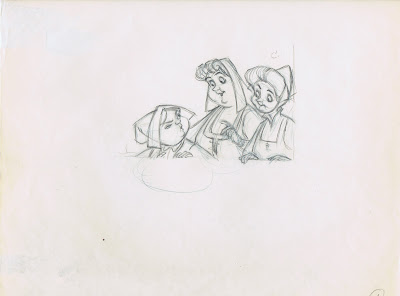 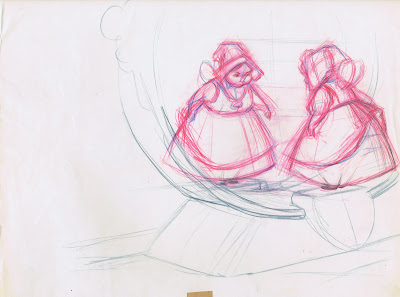 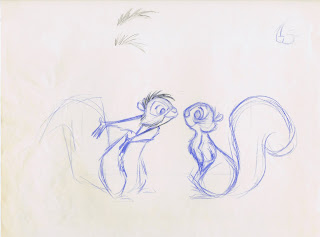 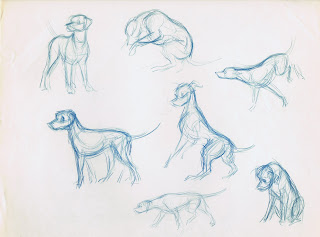 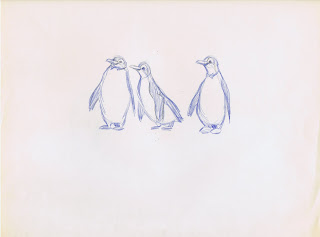 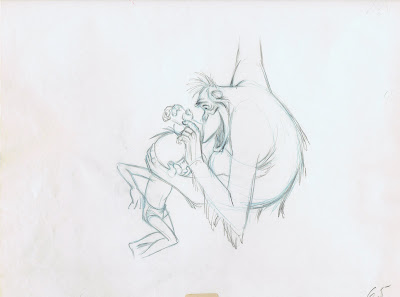 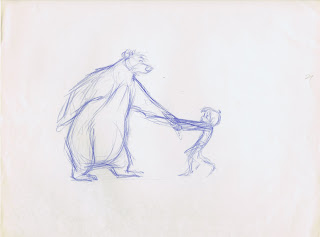 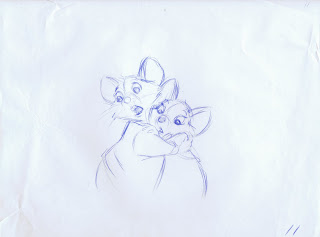