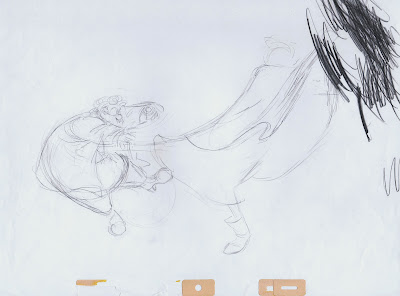 I don't think I could have found a better drawing than this one to illustrate the point of action and reaction. And this is a one that Milt Kahl trashed, because in his mind something needed to be changed, which called for redrawing the poses.

Toward the end of The Rescuers Medusa is kicking Snoops in order to keep him away from the diamond. This is magnificently staged. From Medusa's shoulder all the way down to her right foot, one continuous line !! Her hands are holding the diamond up high in the opposite direction of Snoops. The idea being, you can't have this, it's mine!
Snoops reaction is very simple to read as well. Head, arms and legs, they all face forward to support the backward kick. What a drawing, sophisticated simplicity!

A little later in the film, Penny gets a hold of her teddy bear with the diamond in it. Medusa and Snoops are trying to stop each other from catching up with Penny.
Here Snoops has just grabbed Medusa's legs, as he is hitting the floor, his legs still up in the air.
Medusa's upper body reacts in a big upward stretch before falling down flat.
All this action follows typical animation rules of overlap, weight and squash and stretch.
But it is just presented in a such a brilliant way.

It's fun to study the key drawings of the entire scene below.
I love the way Snoop's water balloon belly reacts when Medusa steps on it. 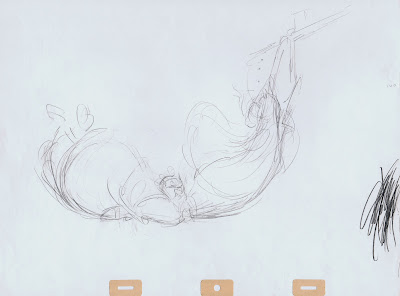 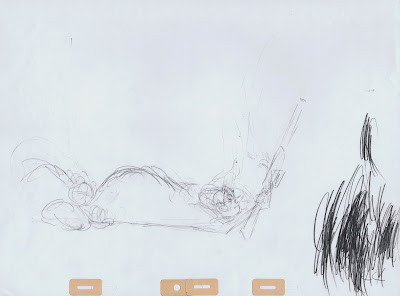 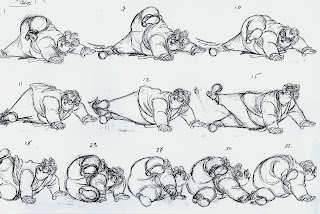 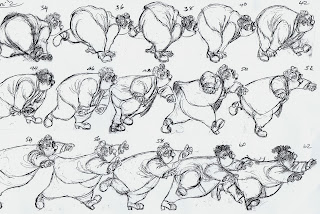 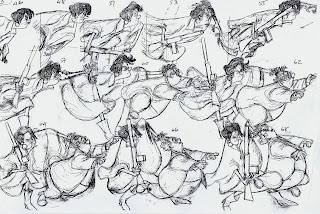 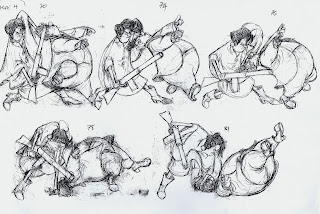 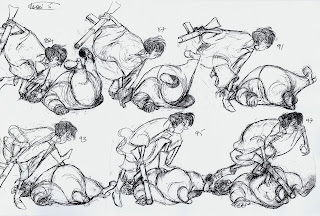 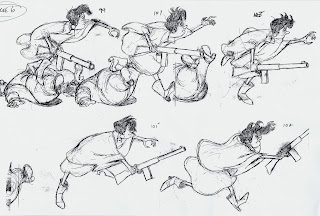 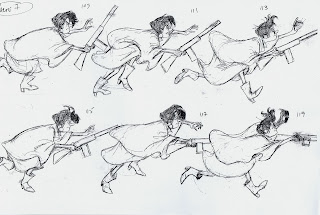 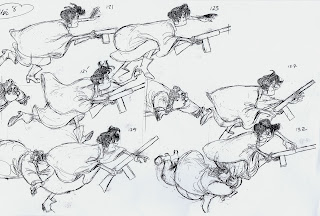 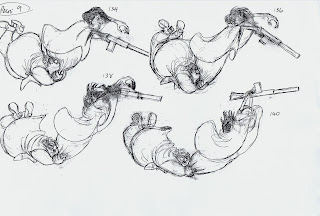 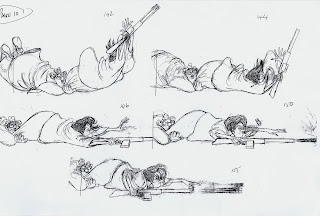