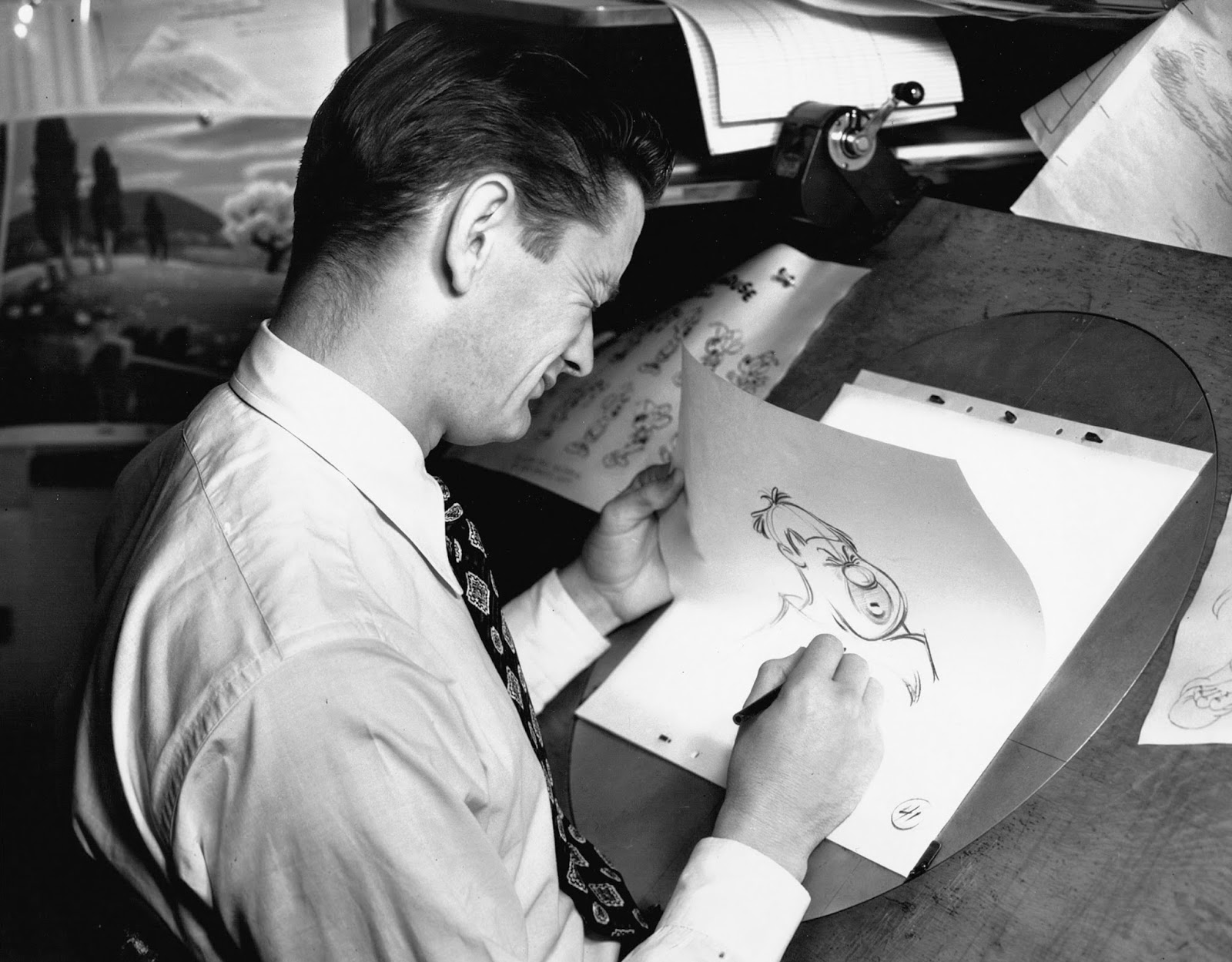 There certainly isn't enough art by animator John Lounsbery shown on this blog.
This unassuming man never gave any filmed interviews, he never wrote a book, as a matter of fact, he just wasn't into self-promotion. Lounsbery just focused on his work (and raising a family outside of Los Angeles). His contributions to Disney Animation were enormous. His amazing performance of Ben Ali Gator in Fantasia's Dance of the Hours sequence made him a break out animator at the studio.
The photo shows him animating Willie the Giant from Mickey and the Beanstalk, around 1947.
Here are just a few examples of characters who came to life through Lounsbery's touch.

A great key drawing of the policeman arguing with the professor in front of the zoo's entrance from the film Lady & the Tramp. Look at how Lounsbery feels that strong pull. Every line defining the professor helps to support that pull. Amazing! 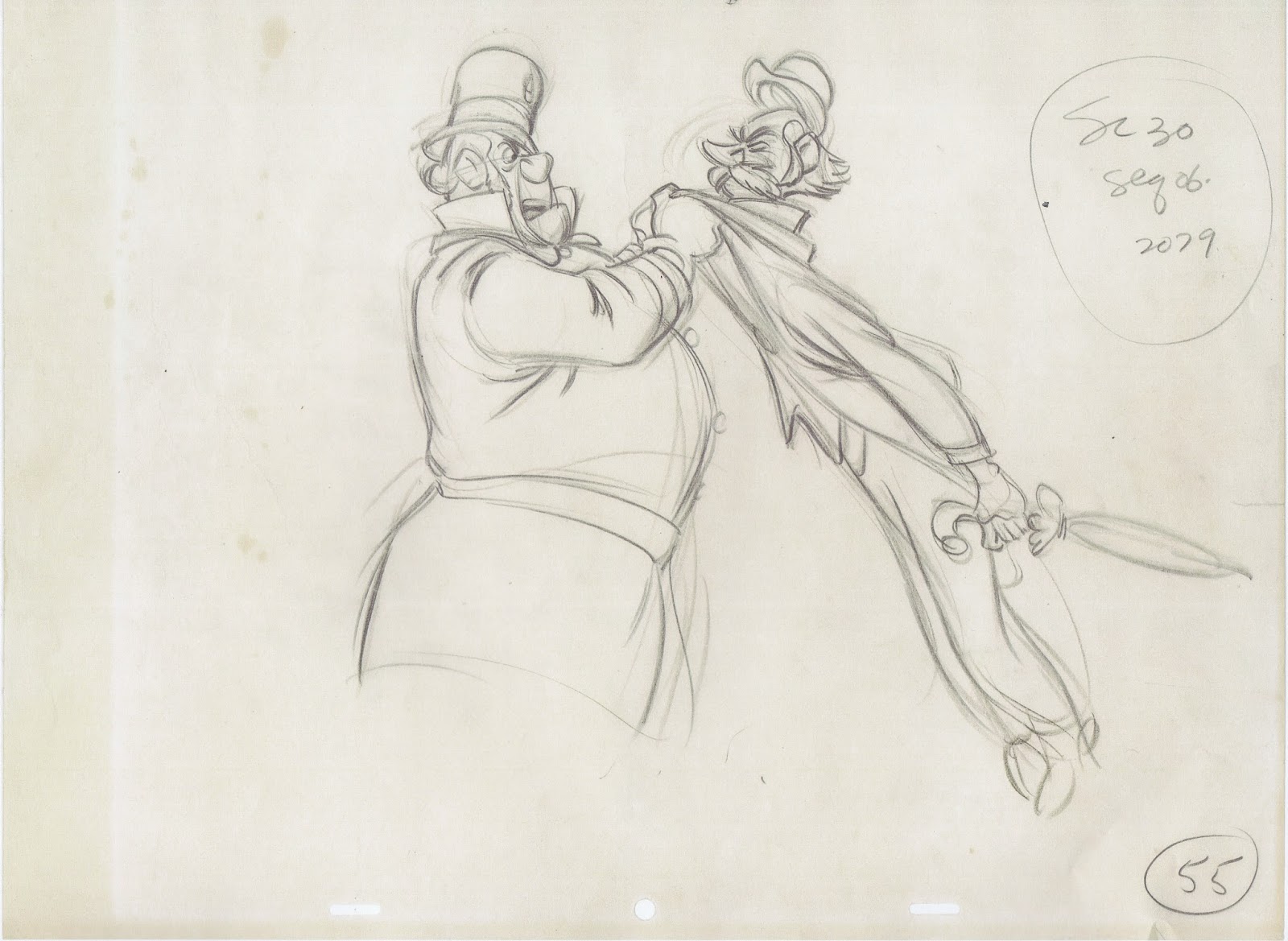 Jasper from 101 Dalmatians threatens to kill the puppies. Beautiful definition of fabric in his jacket, and great feeling of stretched skin on his face. 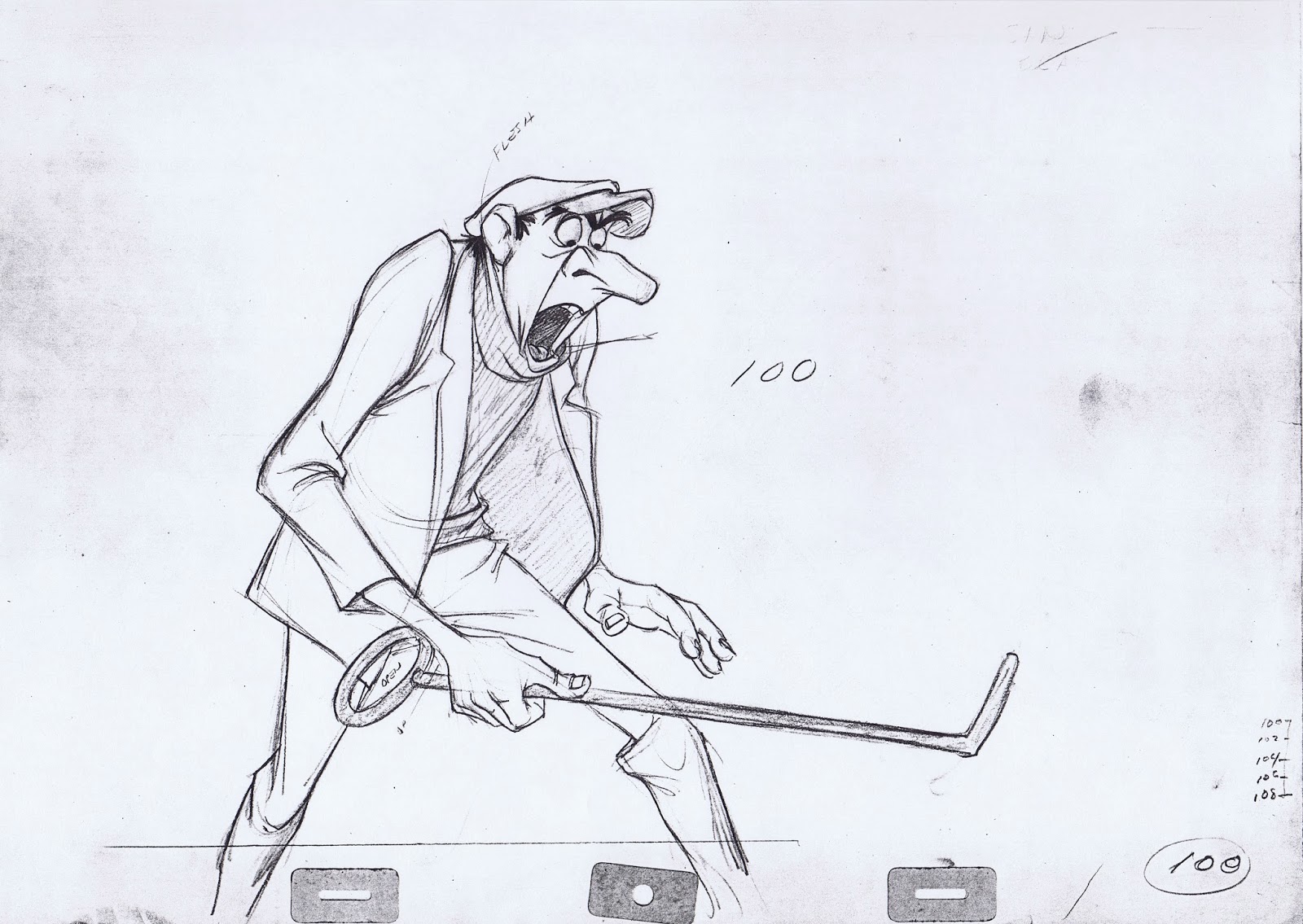 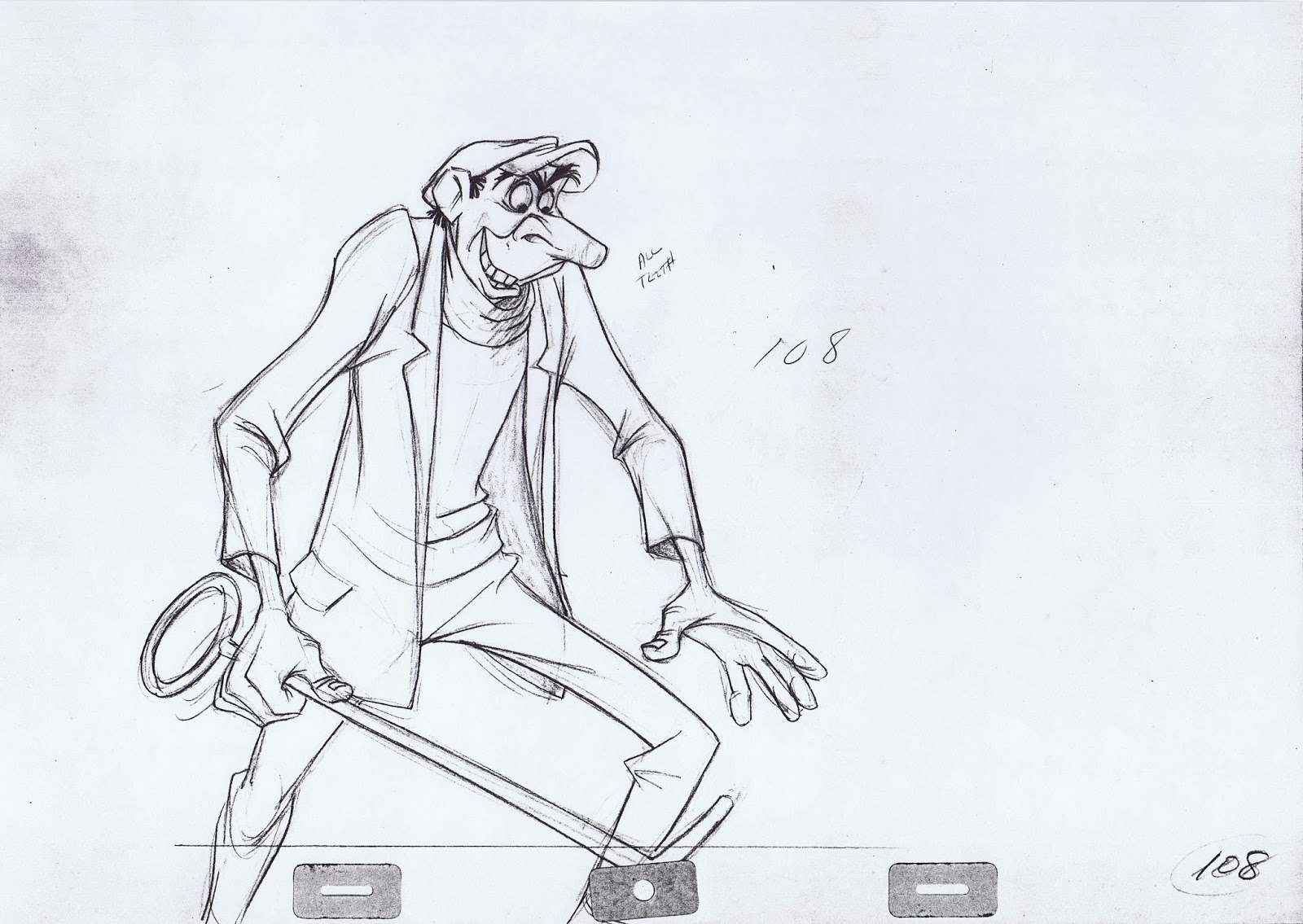 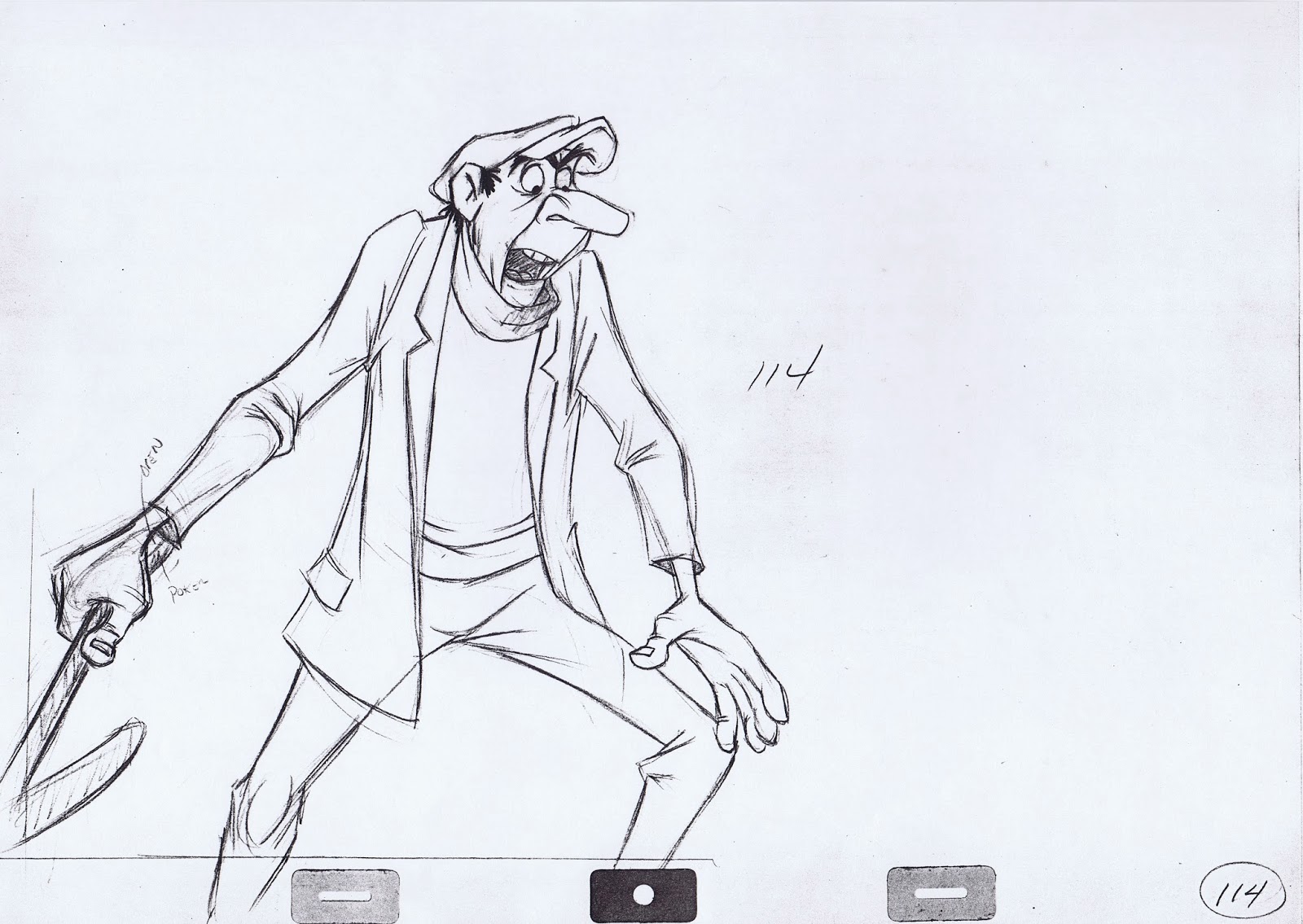 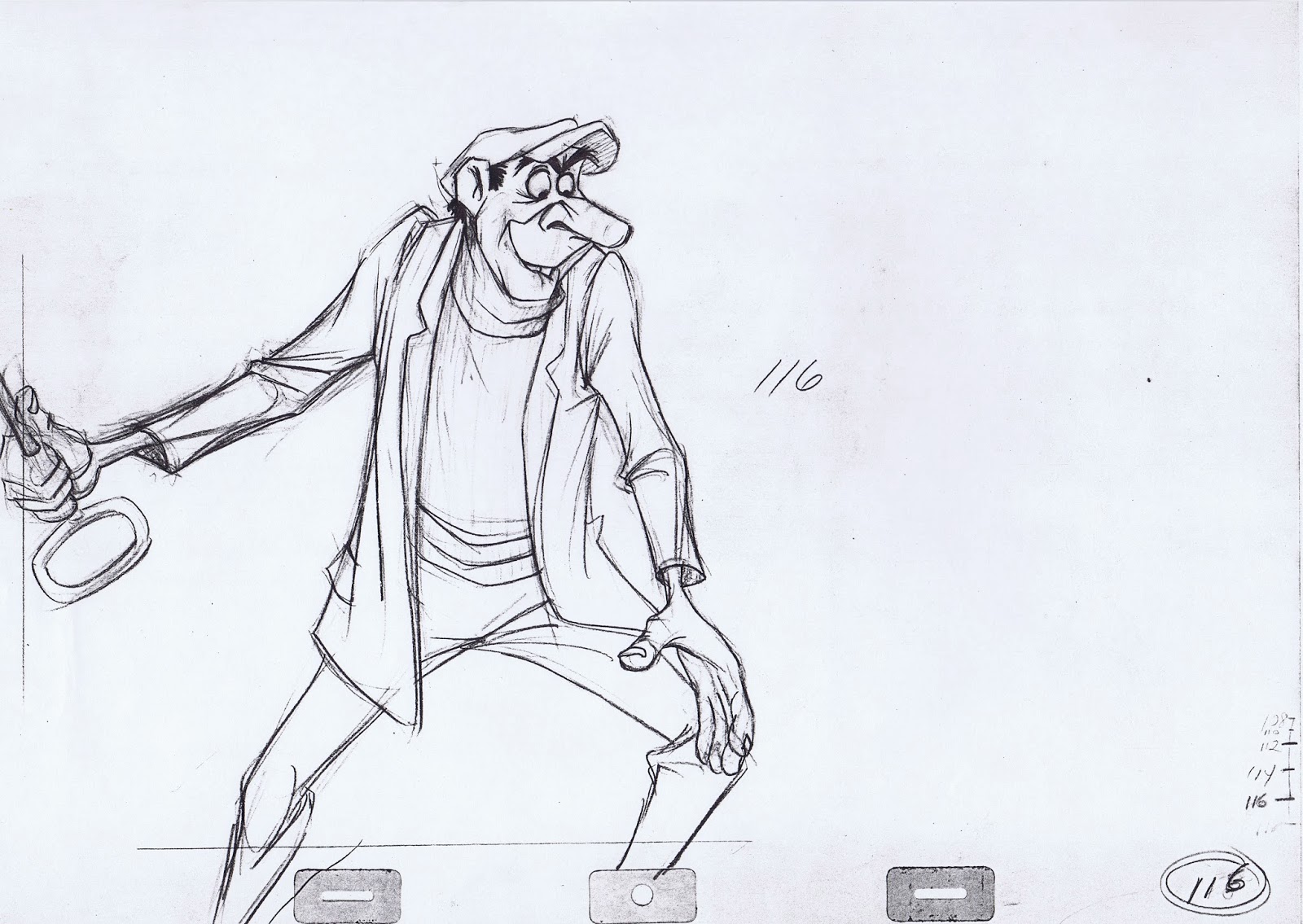 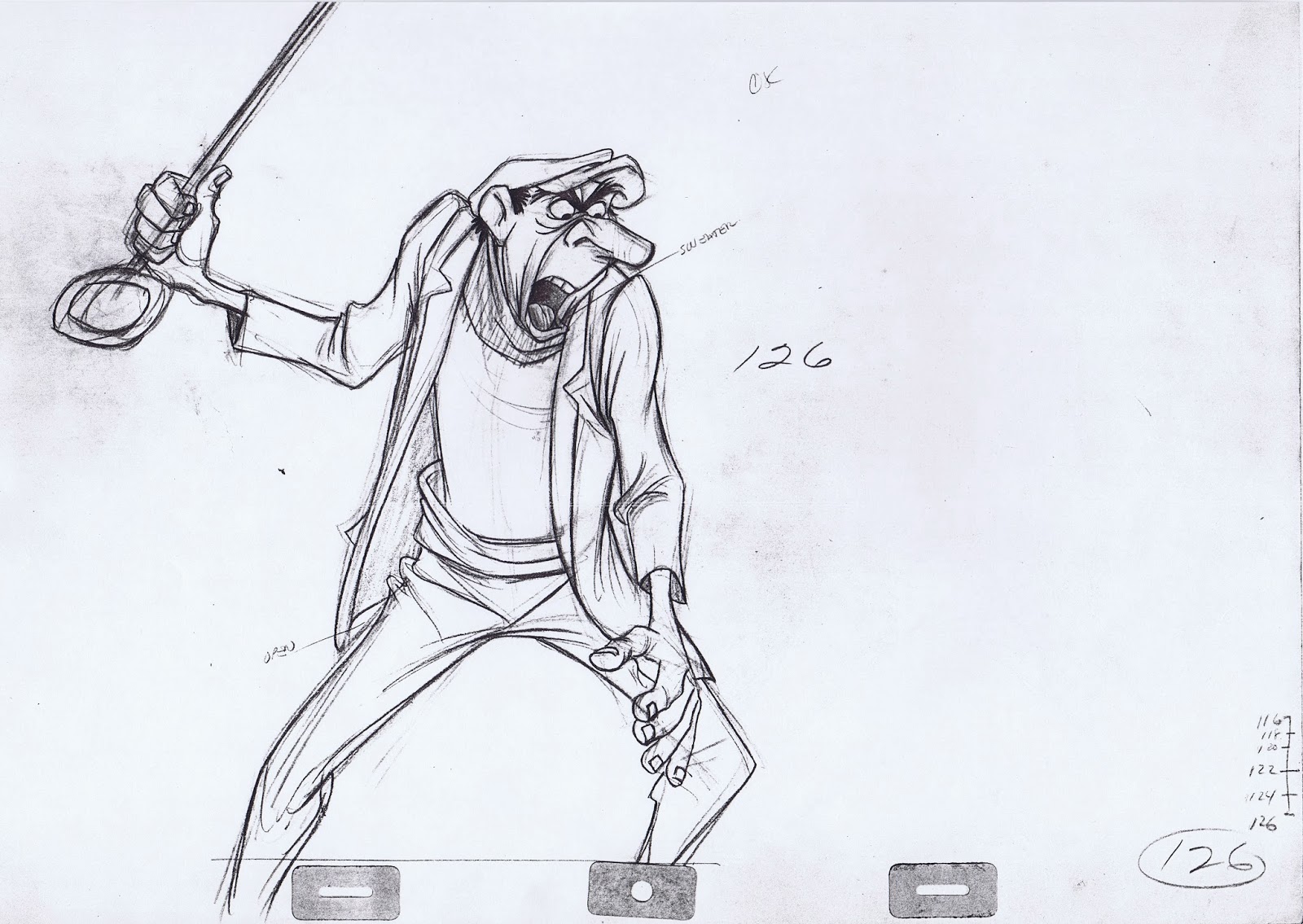 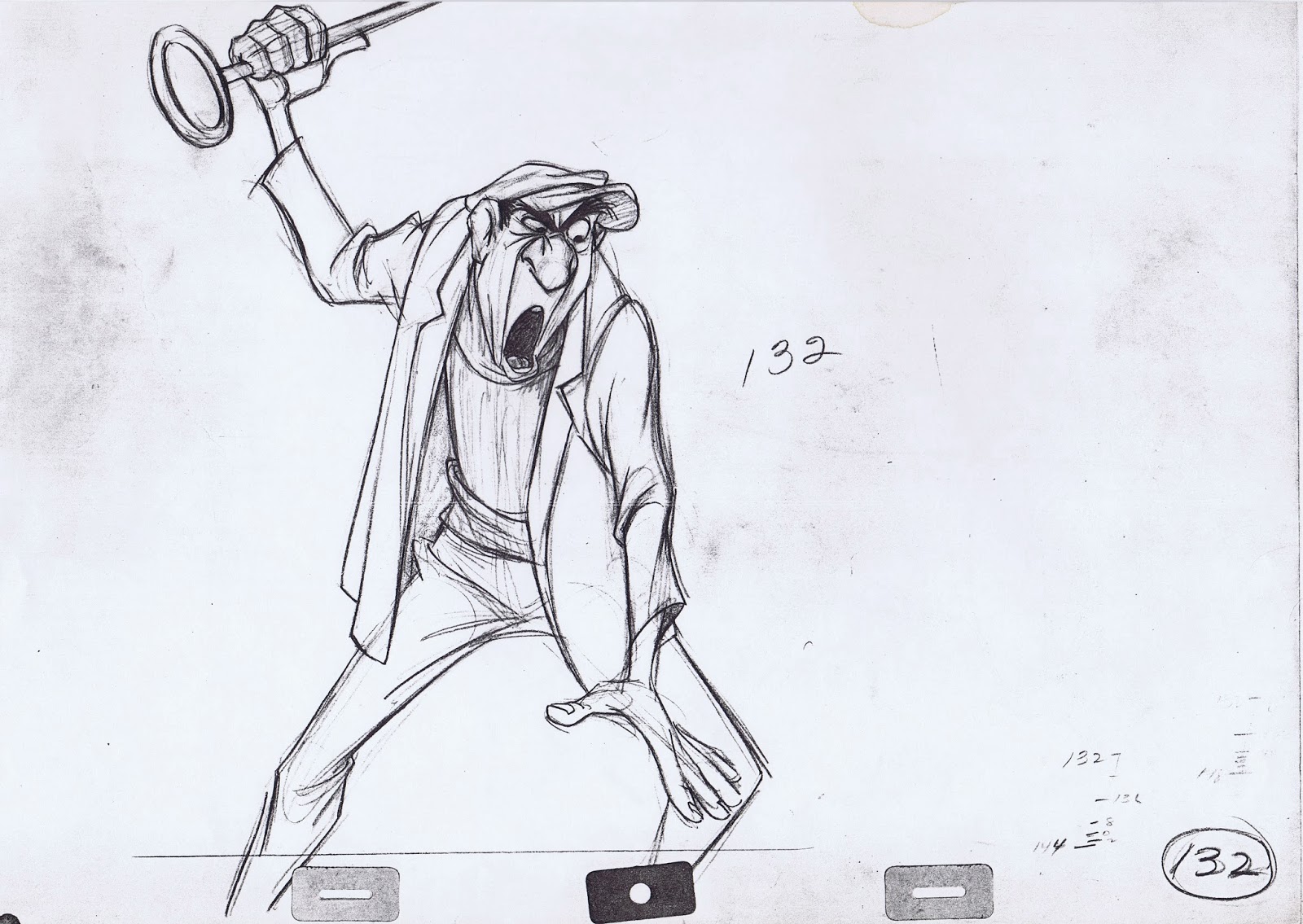 A few key drawings of Sir Pelinore's dainty walk from The Sword in the Stone.
Frank and Ollie said that Louns could come closer to Milt Kahl's type of drawing than anybody else.
I think this sheet proves that point. 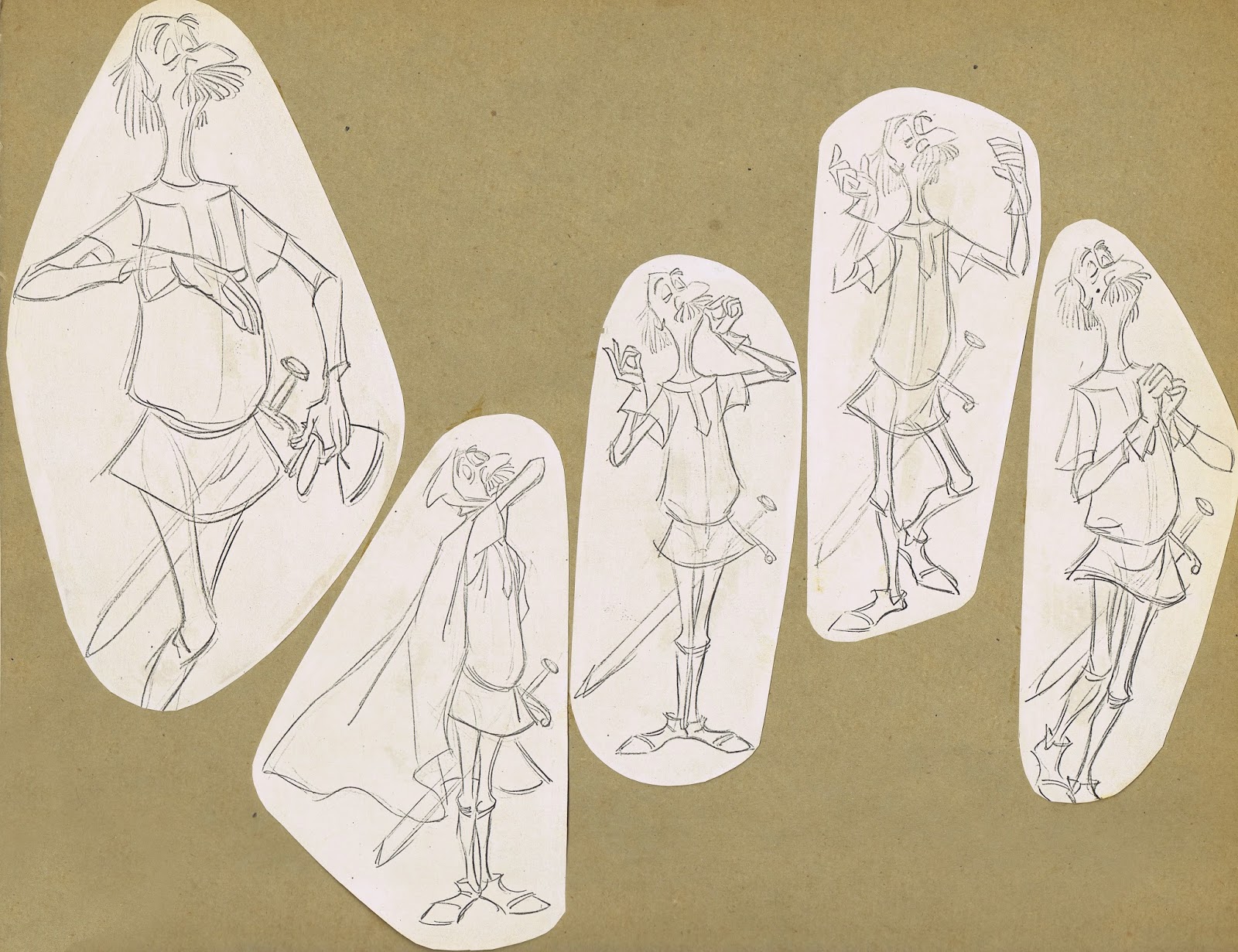 A couple of key drawings from The Aristocats, involving the mouse Roquefort, Scat Cat and Italian Cat. Great staging in both of them. 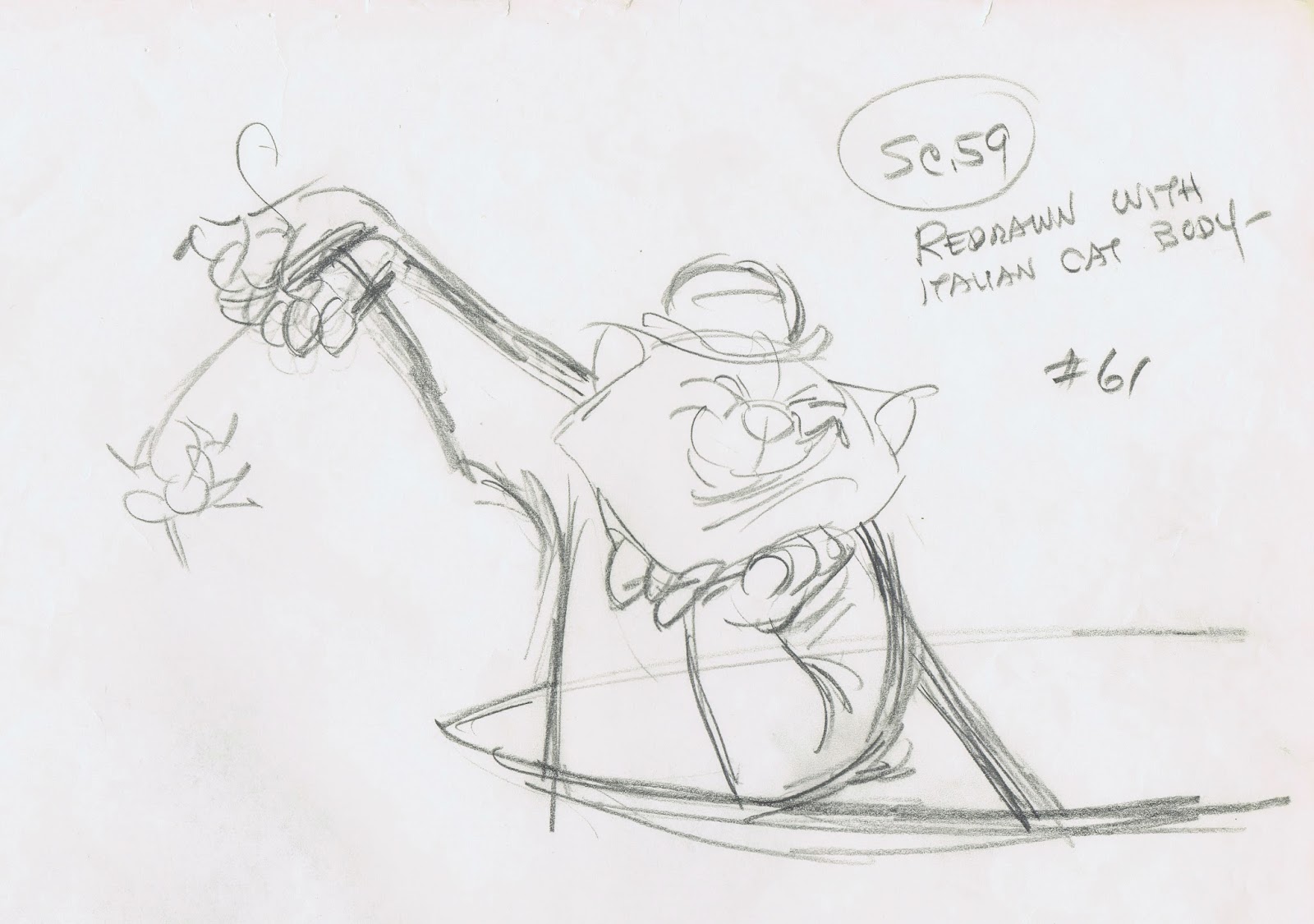 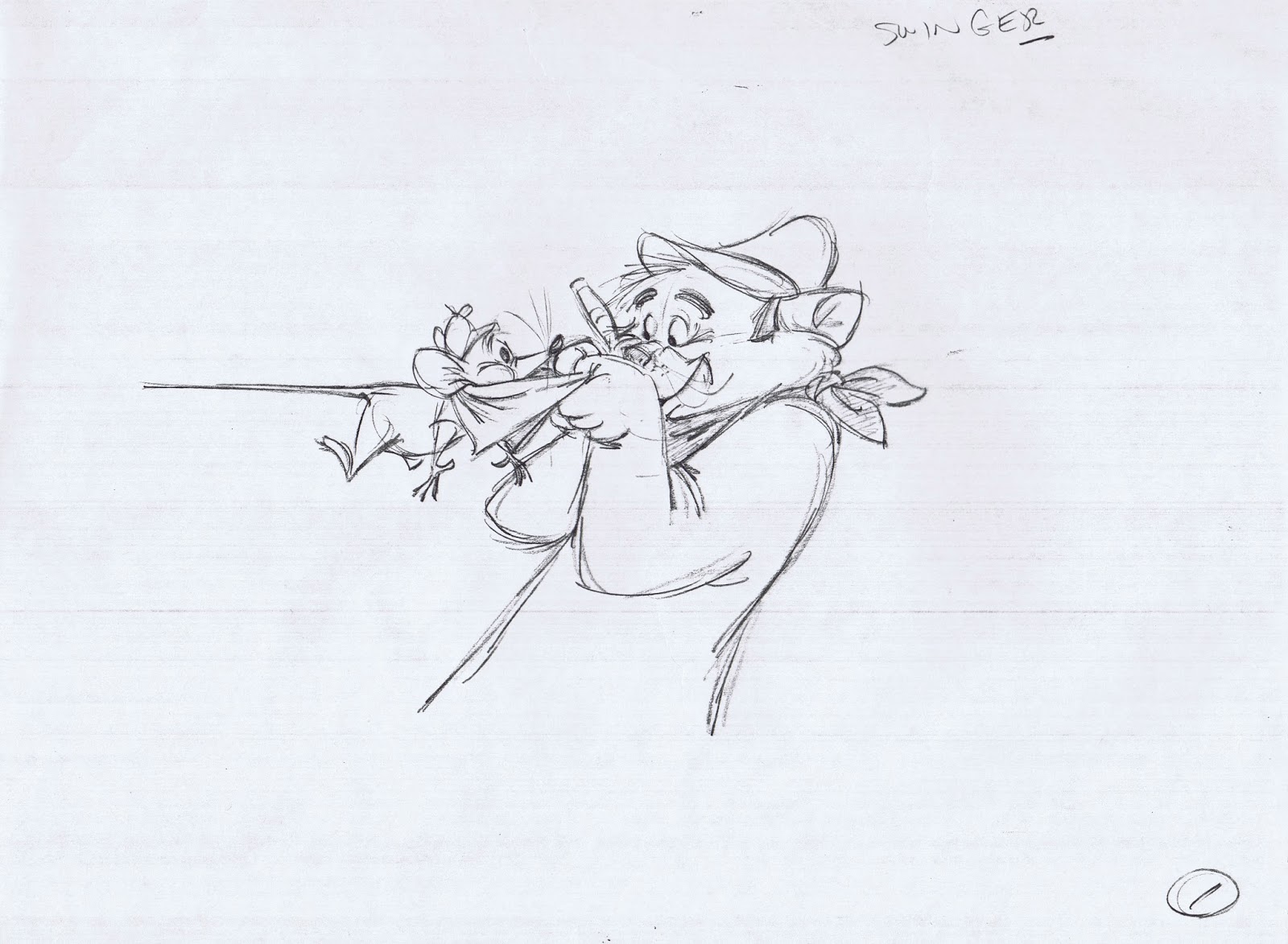 More on John Lounsbery in this earlier post:
http://andreasdeja.blogspot.com/2011/06/john-lounsbery.html
Posted by Andreas Deja at 11:38 PM 23 comments: