Continuing on with posts about Cinderella, here are some marvelous drawings of the Duke by Milt Kahl.
Milt animated this character along with the King during the ball sequence.
In an earlier part of the film Norm Ferguson and Woolie Reitherman animated the introduction of the Duke and the King.
Milt was dissatisfied with the way they were drawn by these two animators, so he redrew the main animation keys for the whole sequence over a couple of weekends.
You've got to give it to Milt, he did always put his pencil where his mouth was. So this guaranteed model consistency, even though the motion still differs quite a bit from how Milt handled his more fluid animation of these characters on the ballroom's balcony.
Frank Thomas animated a small section after the ball with the Duke, in which he rehearses his announcement to the King that the "girl" has vanished. Those scenes are simply brilliantly acted out.
His utter fear and frustration when he can't bring himself to knock on the King's bedroom door, great stuff!

Milt did these model drawings for Frank to explain the graphic components of the character.
A straight line for his back to contrast the curved belly. The two head doodles on the right show how the Duke's double chin reacts in certain positions.
That's Frank's handwriting on the lower right. 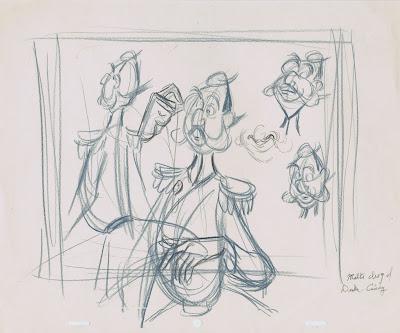 These are copies of some of Milt's actual animation drawings. They show vitality, clarity and…oh yes, insane draughtsmanship. Just look at those hands!
Any of these poses is super rich with personality. The Duke's scene balancing the monocle on his fingers is one of those Kahl tour de force performances. 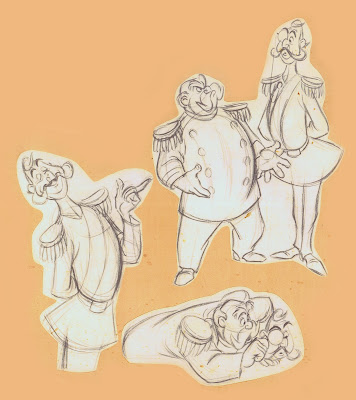 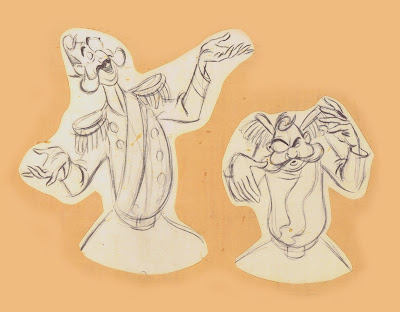 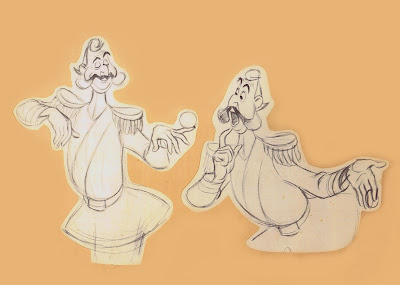 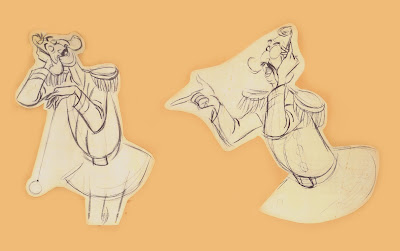 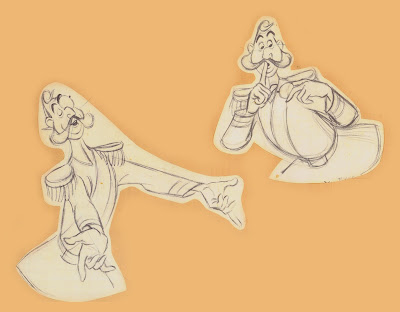 During an interview from the early 1980ies Milt remarked that these two characters lacked depth, and that Walt would probably agree. Although he felt that they worked ok enough for supporting the film's storyline. 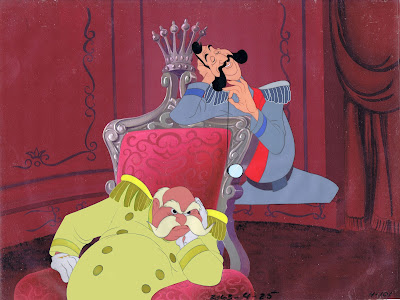