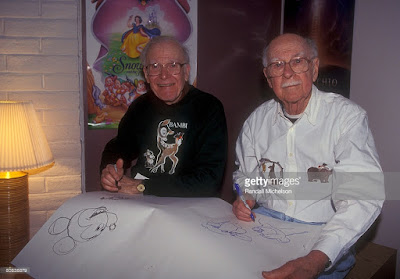 I just found this photo of Frank and Ollie online, and it brought back some memories.
It looks like they both are promoting the release of Snow White on home video.
Frank is wearing a Bambi sweater, while Ollie chose a Jungle Book shirt. Well, I gave Ollie that shirt, which I purchased years ago in Germany. The images are from scenes, he animated. And they were beautifully embroidered. (The Jungle Book still holds the record in Germany for most movie tickets ever sold.)
This is really how I remember both of them, in their retirement,  still full of passion for animated drawings. I miss them. 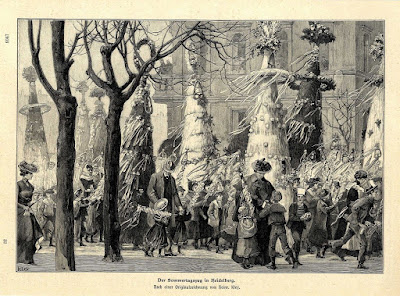 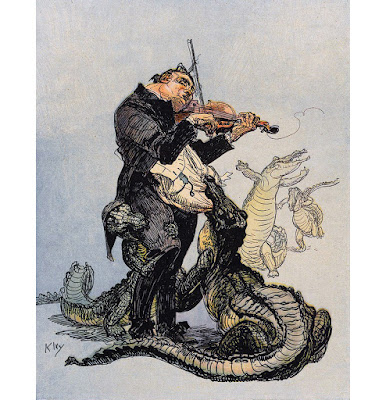 Heritage Auctions recently sold these design sketches by Milt Kahl from the movie The Black Cauldron. I believe that in the original books by Lloyd Alexander the three witches keep exchanging their outfits in order to confuse the group of lead characters.
This story concept isn't easy to get across in just a few drawings, but if anybody might have pulled it off in animation, it's Milt.
Great drawings, though in principle the characters borrow heavily from the designs of Madam Mim as well as Madame Medusa. 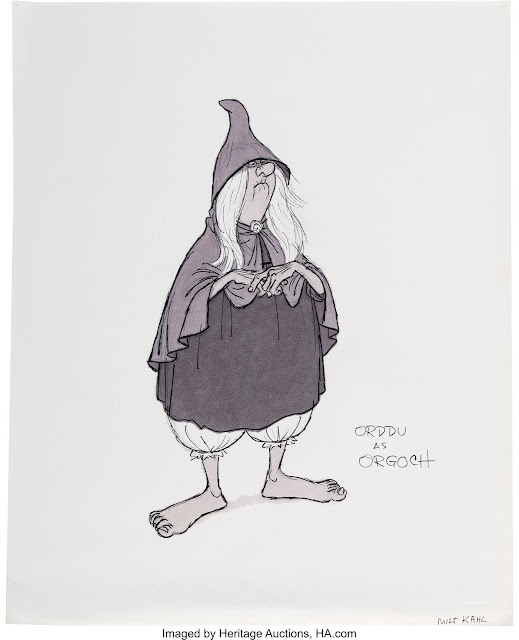 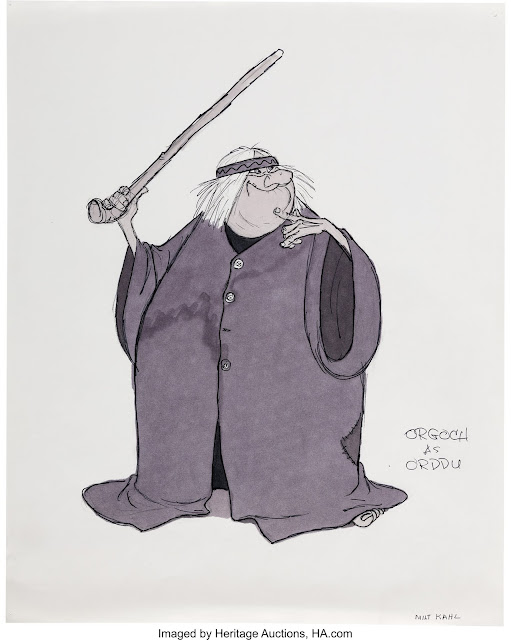 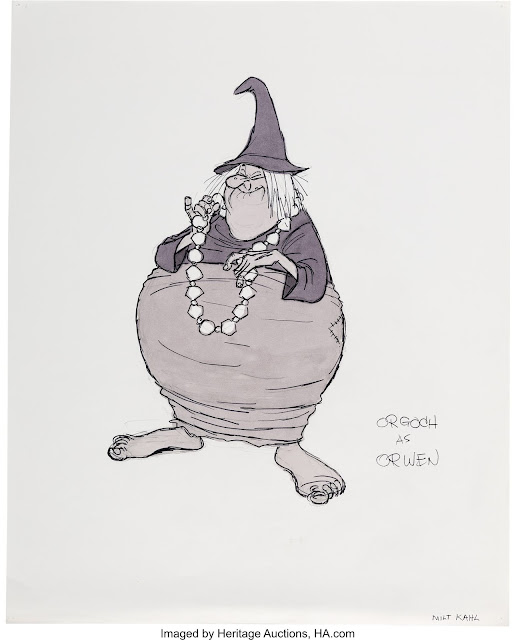 You can see a Tim Burton concept sketch of the three Witches here:
https://andreasdeja.blogspot.com/2012/08/the-witches-of-morva.html 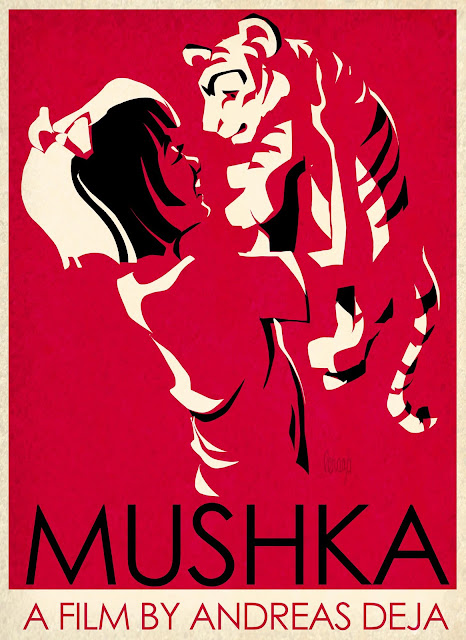 One of Milt Kahl's last Drawings 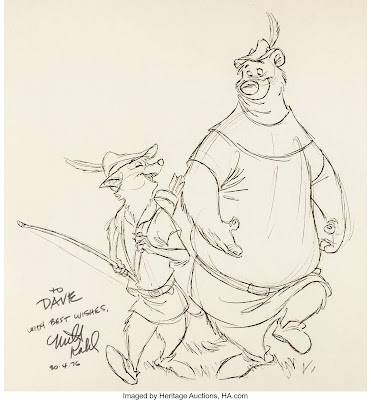 Just a few days ago I found out that this little gem of a drawing was offered at Heritage's Comic Strip auction, which took place in January. It was sold for just about nothing (or an "apple and and an egg", like we say in Germany). I truly believe that the amount would have been 10 to 20 times larger, had the sketch been offered at one of their Animation Art auctions.

This of course is a Milt Kahl drawing, done for a fan on his last day at Disney, on April 30, 1976.
I think Milt spent most of that day doing sketches like this one. Many of them featuring Madame Medusa, his final character for the studio.

PS. I re-read this lot's description, which says that this is a signed print.
Now I wonder where the original might be...