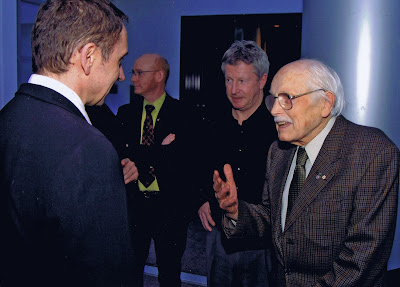 Frédéric Back is one of the greatest artists of our time.
His drawings, paintings and his animated films are so full of humanity, it is quite humbling to look at this great man's life work. I had the chance to meet him at the opening of the the exhibition "Once upon a Time, Walt Disney" in 2007 in Montreal.
There have been many celebrations and tributes to his films including one at the Academy in LA, and more recently a major retrospective and exhibition opened in Japan.
Back has been nominated for an Academy Award numerous times, he won twice for his films Crac! in 1982 and The Man Who Planted Trees in 1987.
He said once: "There can be more to animation than entertainment." Personally I find his films not only entertaining, but they also enlighten and touch audiences in a profound way with themes that center around the preservation of the natural world.
I highly recommend the 4 DVDs, The Man Who Planted Trees Deluxe Edition, which features many of his films. You can find it occasionally on Amazon or Ebay.
Below are a few of Frédéric Back's magnificent animation illustrations published in the book version of The Man Who Planted Trees.
If Marc Chagall had been an animator, this is what his films might have looked like. 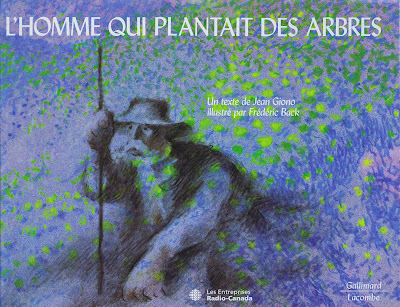 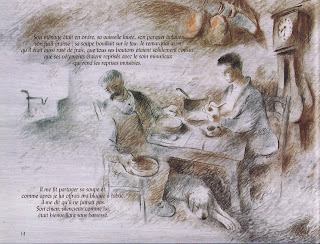 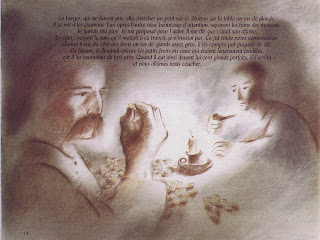 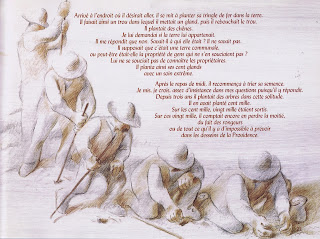 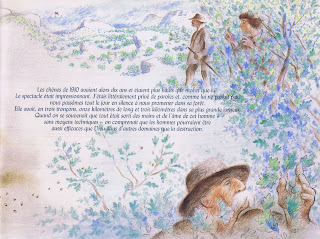 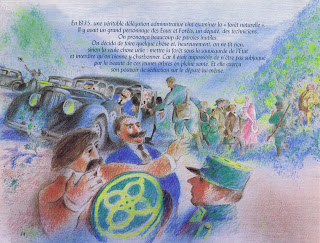 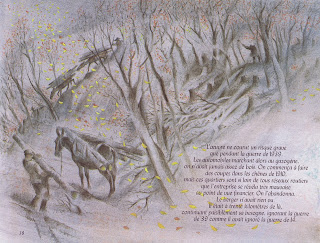 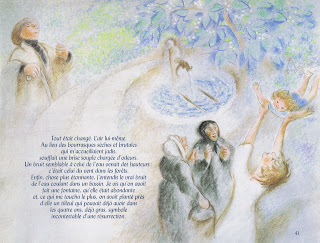 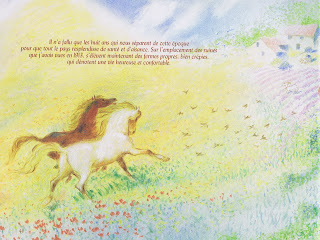 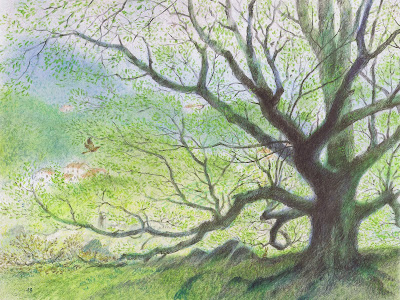