Madame Mim as a Cat and as a Tiger 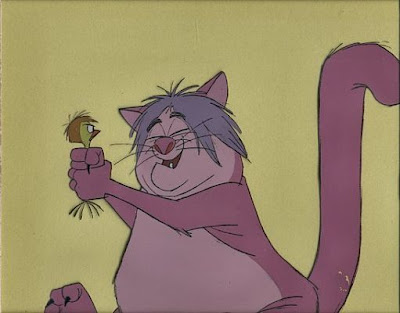 During the Wizard's Duel in the film The Sword in the Stone Madame Mim and her opponent Merlin change themselves into different animals in an effort to crush the other one. Story artist Bill Peet came up with the idea for this sequence. The animators were thrilled with the potential for great entertainment in the animation.
Milt Kahl studied Peet's story sketches and refined the designs for all animal types involved. Before the Wizard's Duel begins Mim meets Wart (as a sparrow) inside her cottage. She threatens him as she briefly turns into a vicious cat. Here are a couple of designs that show how Milt tried to keep some of Mim's features within the cat design. 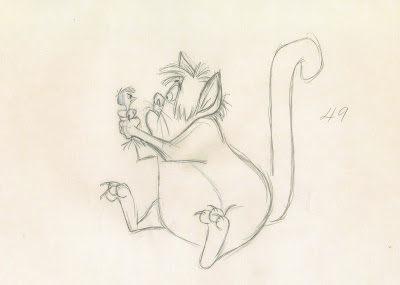 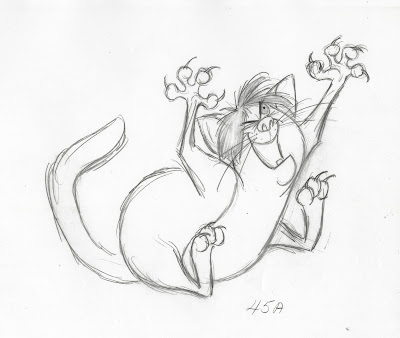 When Merlin turns into a mouse during the duel, Mim chooses the form of a tiger in order to combat him. John Lounsbery animated this scene. 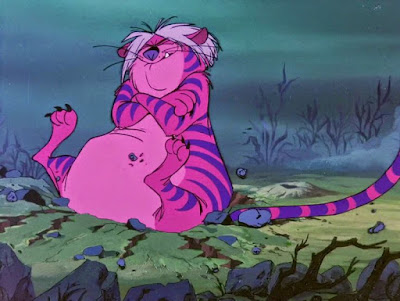 A few brilliant "Mim as a tiger" designs by Milt. For some reason he left out Mim's signature hair in these sketches. 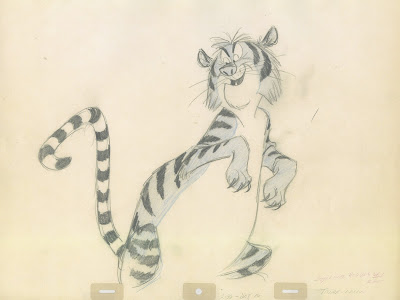 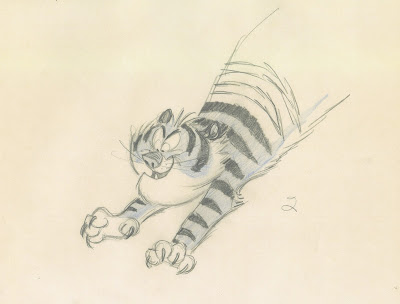 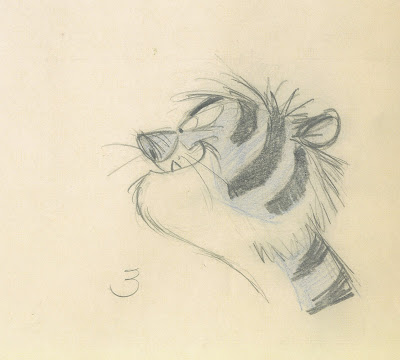 Thanks to Rick Farmiloe for providing the images of the sketches.


Much more on The Wizard's Duel in these earlier posts: