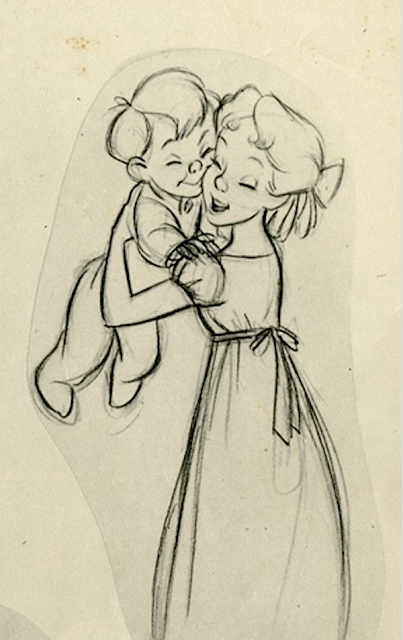 Milt Kahl's superb draughtsmanship was again needed when it came to putting a John Lounsbery scene on model. Wendy has just caught her brother Michael as he came flying down.
Louns didn't particularly care for animating pretty realistic girls like Alice or Wendy, and I think that's evident in his rough animation drawing below. For that matter Milt didn't enjoy those character types either, it's just that he was able to do them masterfully anyway.
While doing this beautiful drawing for Lounsbery, Milt was probably cussing and swearing as he often did. "Nobody can draw his x!# around here...." The teddy bear needed to be there for scene continuity. 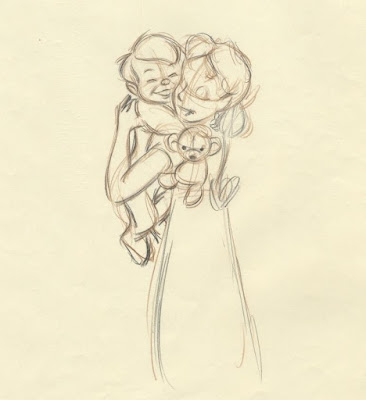 A frame from the final scene. 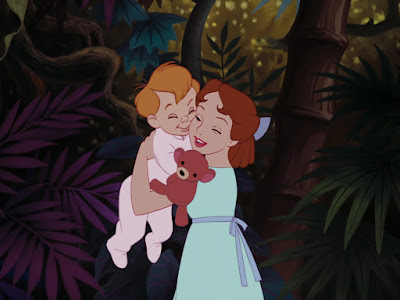 Her is the rough Michael model sheet comprised of Kahl drawings only. 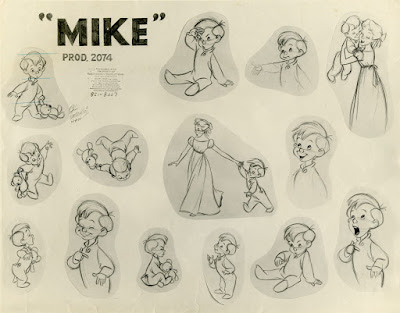