...From Walt Disney and Staff 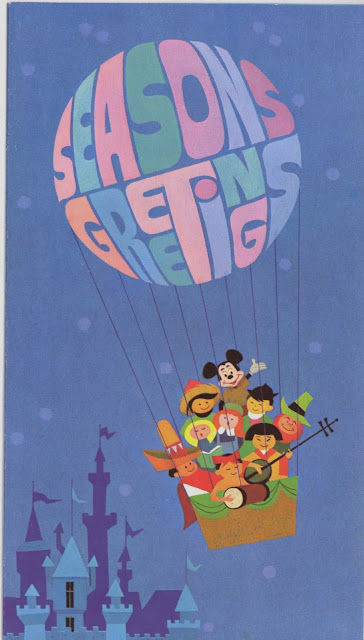 Walt Disney Productions' Christmas cards were often very beautiful. The artwork was produced by the studio's animators, designers and background artists. Usually the main illustration showed what production played in movie theaters that season, or what could be expected in the following year.
The card above with a great Small World image on the inside was sent out in 1966, Walt had just passed away. 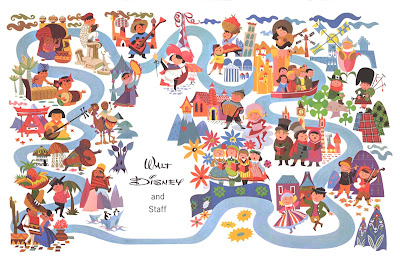 A few favorites covering one decade. 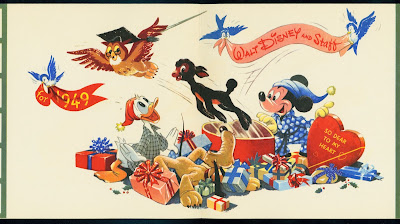 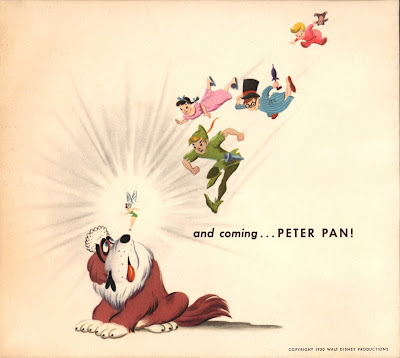