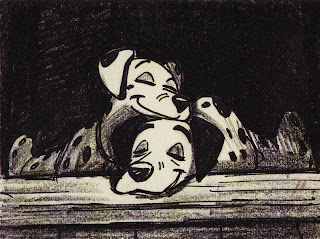 Storyman Bill Peet drew this story sketch of Pongo and Perdi enjoying a peaceful moment together just before their lives would change with the upcoming visit of Cruella De Vil to the house.
For animation Ollie Johnston considered a different type of staging, more of a downshot of the two dogs through the window. 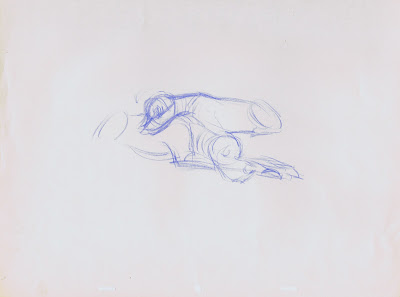 Frank Thomas referred back to Peet's staging, but simplified the silhouettes by hiding the dog's legs.
He also changed Perdita's head angle which makes for a better contact with Pongo. Even in this very rough sketch Pongo's muzzle reacts nicely to the hard surface of the windowsill. 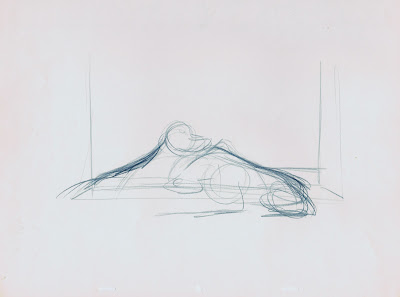 Milt Kahl started out be defining Pongo's  appearance more clearly. It seems like he wasn't entirely happy with this version. 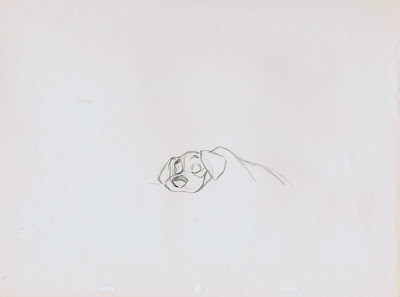 So he redrew it and referenced Frank's muzzle shape. Milt also felt that leaving out the dog's legs would simplify the staging, and guide the viewer's eye to the center of the frame, the Dalmatians' heads contacting.
There is also an abstract quality to the composition. The contour of the dog's bodies looks like an idyllic landscape with little hills and valleys. (The calm before the storm).
Milt did this sort of thing intuitively, he could never explain it. 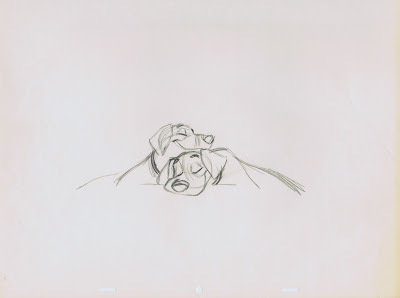 There is no photo of Pongo's voice actor Rod Taylor working at the Disney studio to be found.
He either was photo shy or he chose early on not to promote the film.
Here is a picture of co-director Clyde Geronimi showing actress Lisa Daniels a story sequence.
Lisa voiced the character of Perdita. (Not to get confused with Lisa Davis, who voiced Anita.) 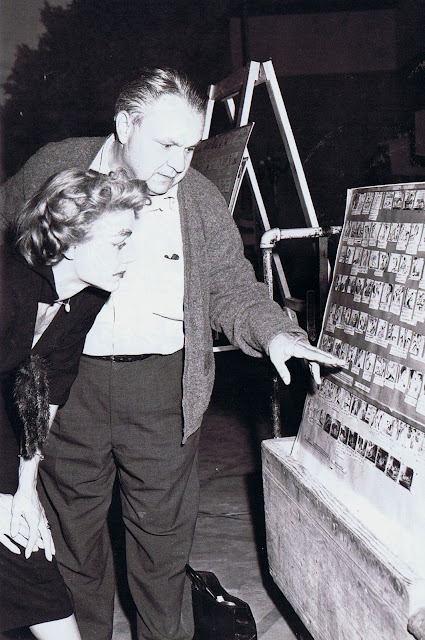