For those of you who like the movie "Bambi", here is a real treat.
Years ago when I purchased these illustrations, Frank Thomas told me that they were done by him, Milt Kahl and Ollie. These supervising animators for the character of Bambi drew them with the idea in mind that they serve as visual guides for other illustrators who would do book illustrations. At that time production of the movie was finished.
I remembered right away that I used to own one of those Bambi books when I was a kid. Recently I found another copy of it on Ebay.
The final book illustrations are quite nice......but the animators' roughs are just incredible. Charming, elegant and full of life.
It's a little hard to say who drew which sketch, since they helped each other out by drawing over the other one's layout.
But I am pretty sure that the first few are by Frank and the last ones by Milt. 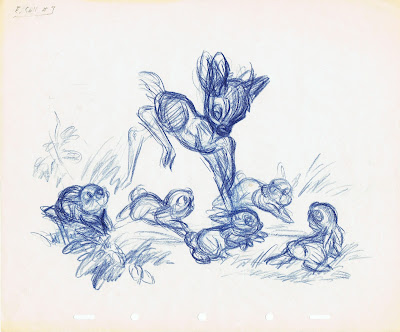 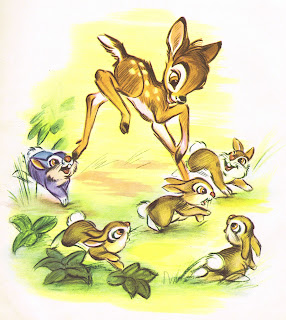 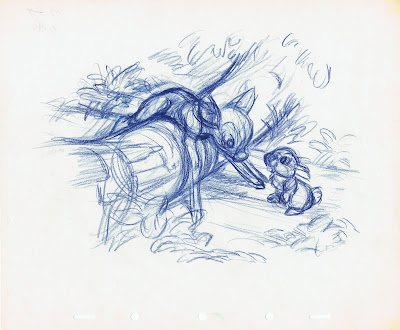 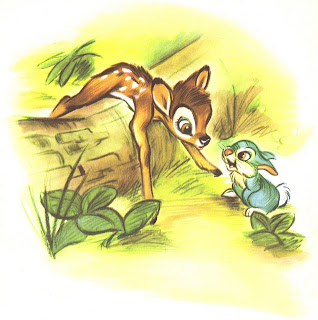 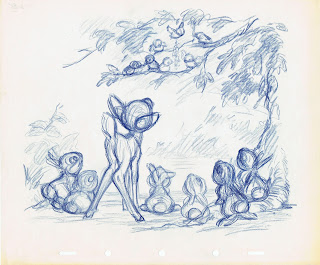 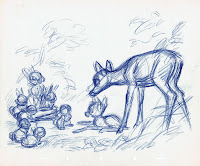 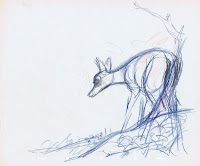 Frank said he had a little bit of trouble with the staging of Bambi's mother in this
sketch. He felt her body looked too blocky and stiff. He said: "So I asked Milt for help, and within moments he came up with this beautiful, much simpler pose for the mother." But it's the way Frank remembered this episode, with a sort of "I hate him for that" expression on his face. Of course meant in good fun. 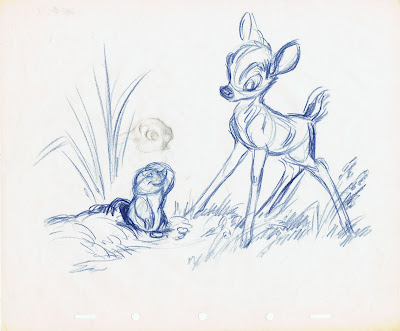 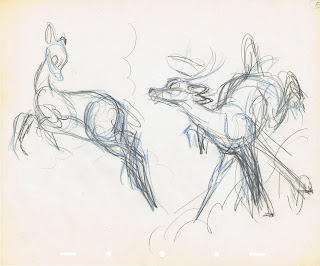 I heard from some people who find Bambi's story a bit slow, personally I think it's one of the most beautiful films ever made. To quote Richard Williams: "The way these cartoon deer are handled in animation with realism, believability and dignity is miraculous."
Posted by Andreas Deja at 7:19 PM 23 comments: