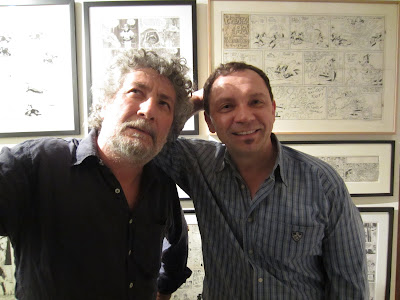 While staying in Montreal for my seminar last week I visited my friend Regis Loisel.


Regis is a superstar in the comic strip world, or Bande Dessinee as they call it in his native France.
We first met in Paris in the early 90ies while I was working at the French Disney Studio, animating on the Mickey short "Runaway Brain" or  "Mickey perd la Tete".
Regis at that time was drawing a series of comic strip volumes based on the story of "Peter Pan".  That strip is already a classic.
He has won many awards for his work, and his fan base is huge.
Regis ended up working for Disney on a couple of projects, "Mulan" and later "Atlantis".
Hans Bacher has been posting some of that work on his blog, take a look:

You should also google/images him and find out what an amazing range he shows in his work.
While he adores Classic Disney, his own art shows occasionally violence and sex.
And yet his drawings are always beautiful and sincere.
Regis is a super guy to know personally, and he is a top notch talent in the world of comics. 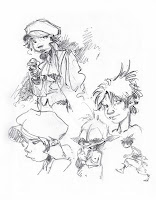 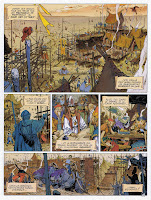 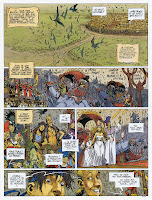