Song of the South Art

These gorgeous storyboard sketches by Bill Peet as well as the preliminary background/color studies (presumably by Mary Blair) show that the art of Disney Animation was still riding high during the mid 1940s. Song of the South was released in 1946.
The studio had gone through a sizable staff reduction after a few of their high profile animated features failed to generate profits. Pinocchio, Fantasia and Bambi all disappointed at the box-office.

How an animation studio can survive a severe blow like this one is a mystery to me. And on top of it Disney continued to produce beautiful short films that still had a sense of experimentation in terms of style and story. 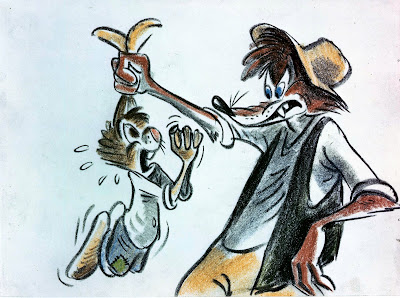 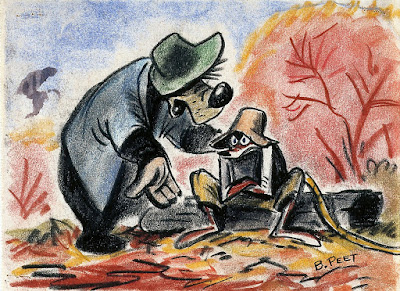 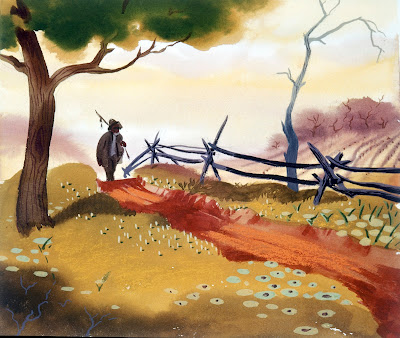 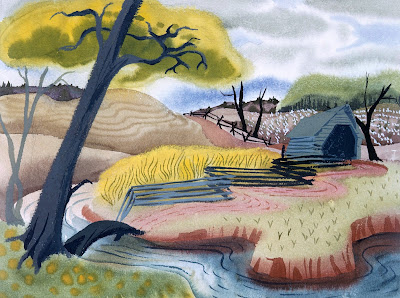 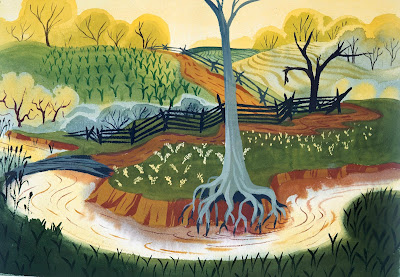 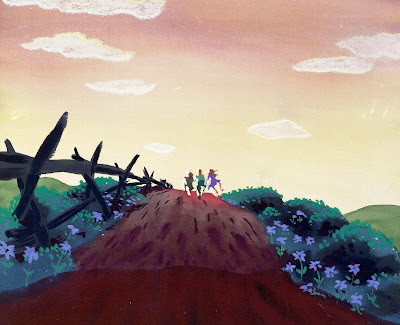