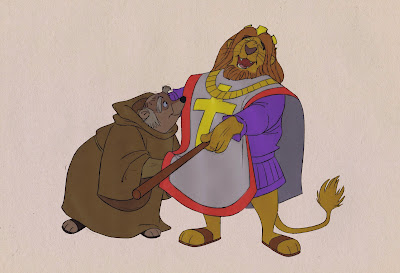 How do you establish a character who only has one scene in an animated film?
Appropriately portrayed as a lion (Richard the Lionheart) King Richard appears for a brief moment at the end of the movie Robin Hood, having returned from the Crusade.
I look at this one scene, and I immediately get a sense of his personality.
King Richard is beloved, he is big and powerful, but also kind with a sense of humor.

Beautiful acting. As the King approaches the church entry, Friar Tuck kisses his robe respectfully.
"Ah, Friar Tuck, it appears that I now have an outlaw for an inlaw. Not bad!"
He uses his walking stick as a prop to point toward Robin Hood and Maid Marian before both characters share a hearty laugh.

Here are copies of a few of Milt Kahl's roughs from this lovely scene. 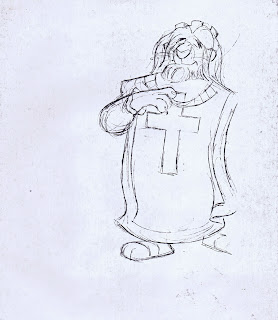 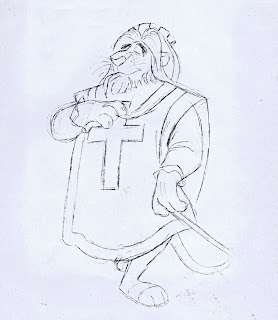 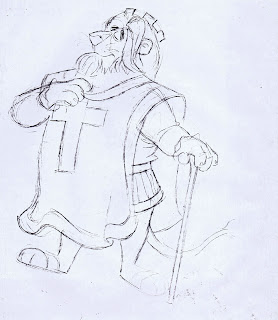 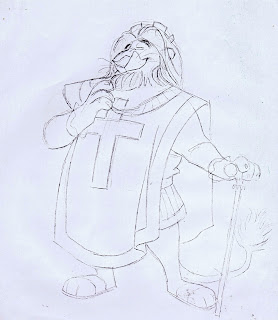 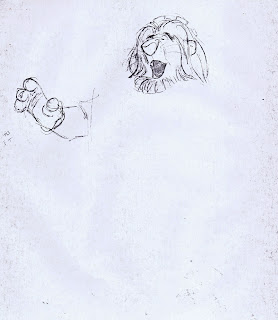 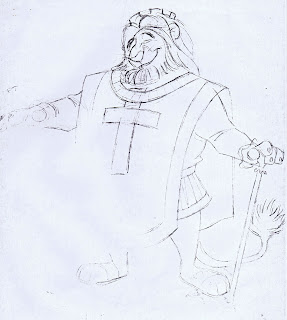 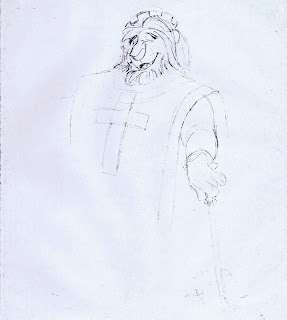 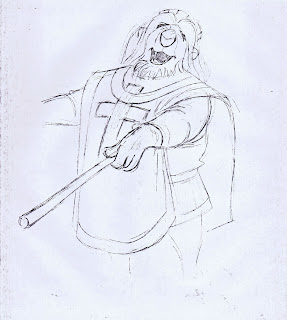 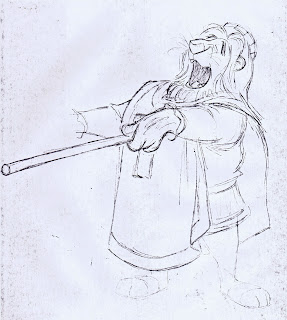 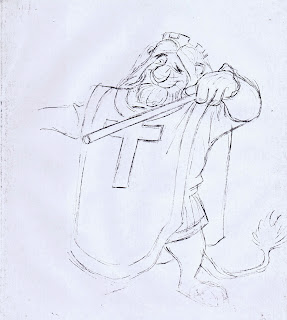 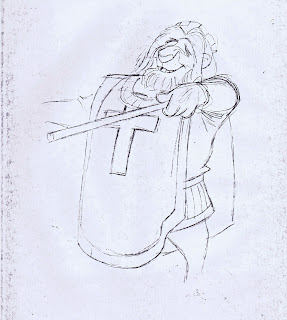 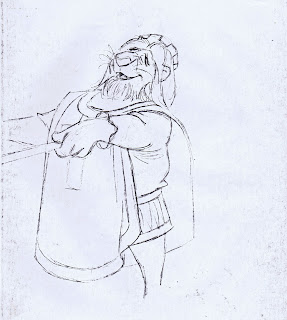 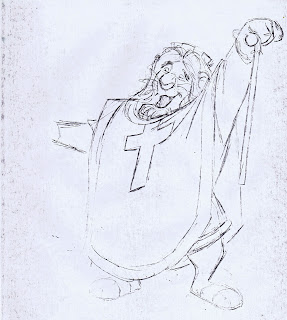