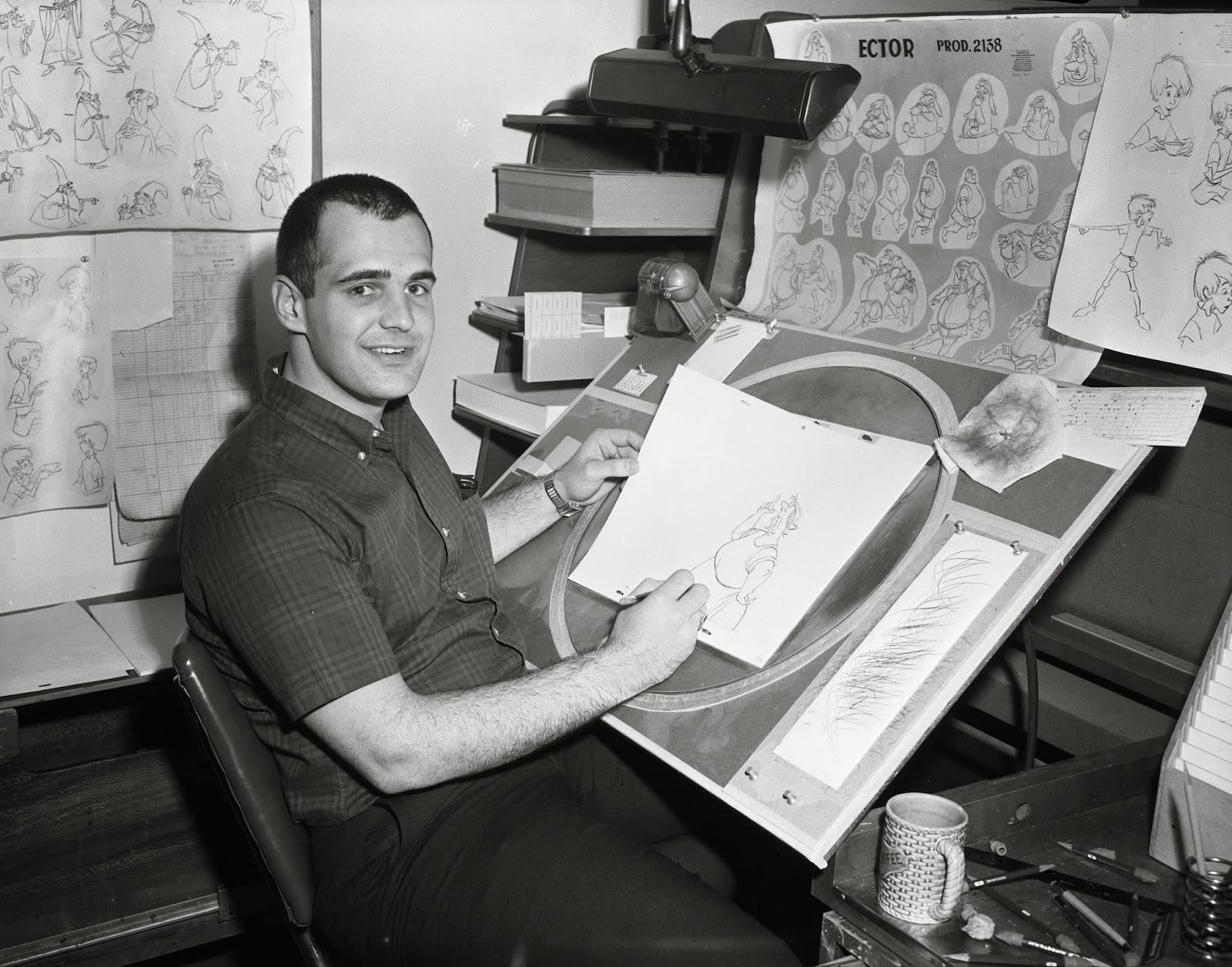 "…if I ever catch you in my kitchen again, I'll…!" yells the Scullery Maid to Merlin, the magician, who just left her kitchen in a complete mess. A short scene with a character, who only has a small part in the film The Sword in the Stone. But leave it up to Milt Kahl to make the most out of this moment. The maid approaches Merlin utterly upset with no fear at all she might become a suspect to the magician's powers.
I love her walk and the way she she moves her shoulders back and forth throughout the scene. She is voiced by actress Martha Wentworth, who isn't even trying to sound differently from Madame Mim who she is also responsible for.
The maid's fantastic design is another example of Milt's line of chinless wonders (The Lackey from Sleeping Beauty and Madame Medusa fall in this category as well).

The photo shows an assistant who is in-betweening the scene for Milt. Perhaps Floyd Norman is able to point out who the gentleman is.


To me 101 Dalmatians and Sword in the Stone represent a modern golden age of Disney character designs. 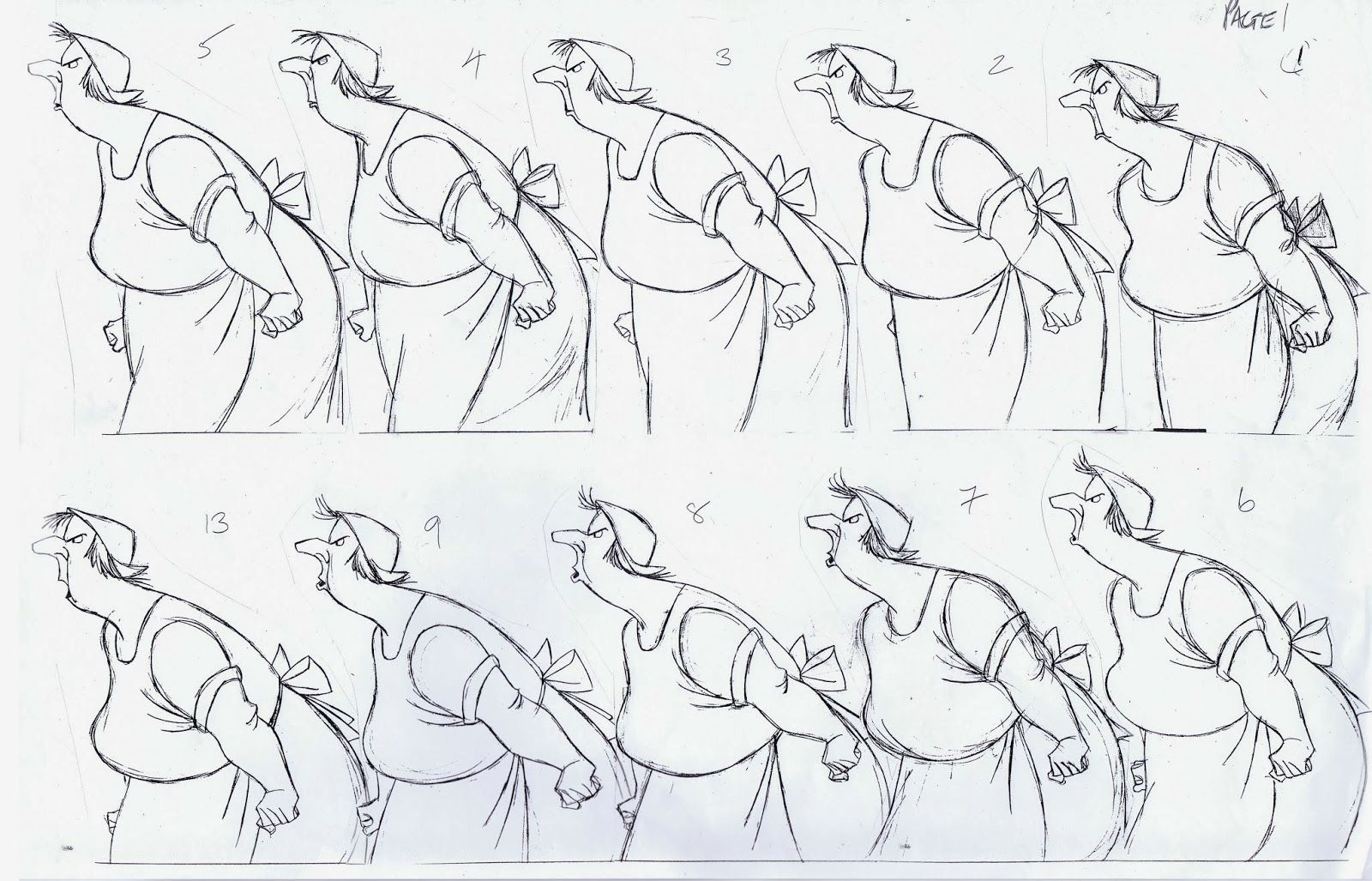 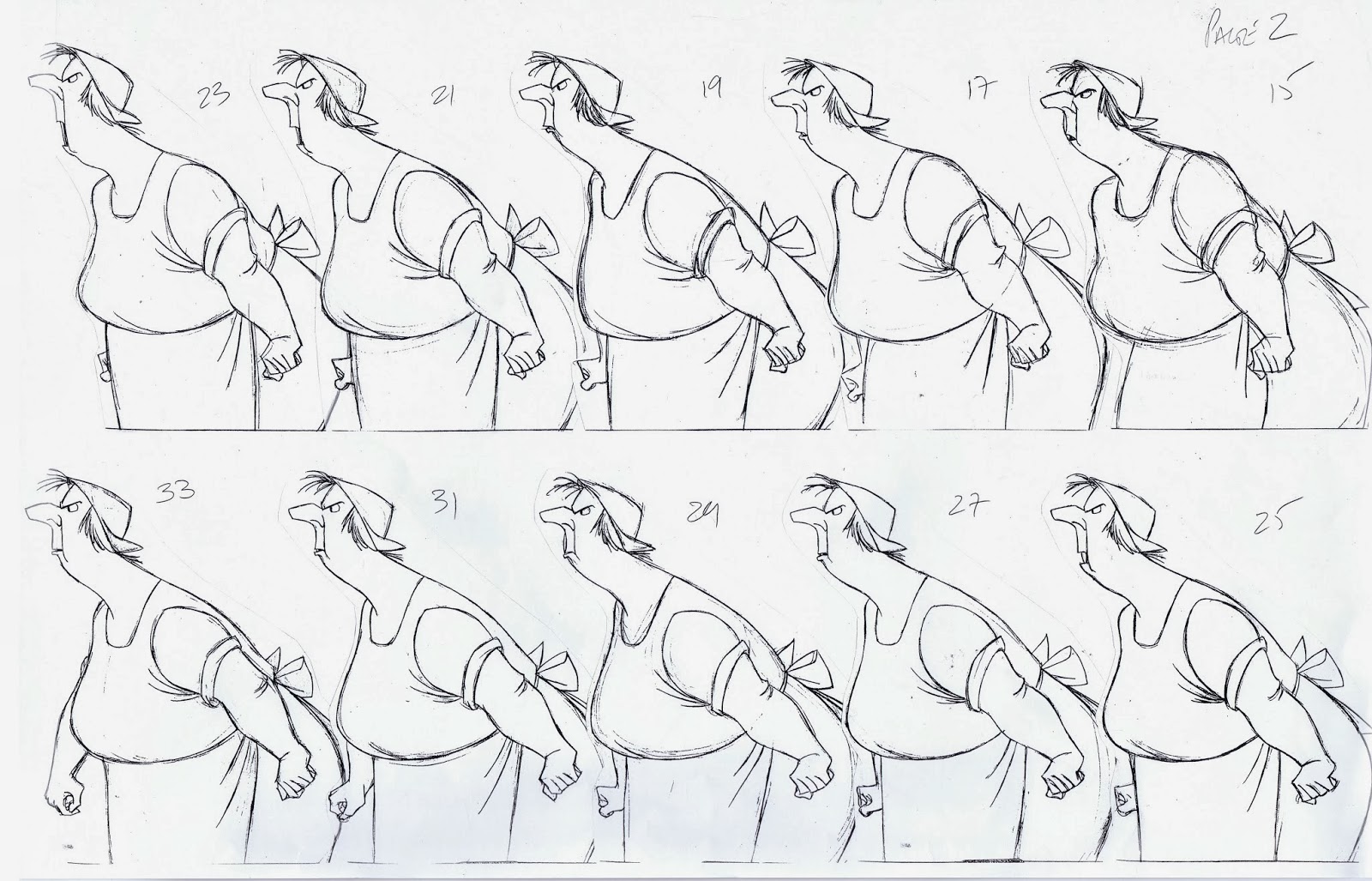 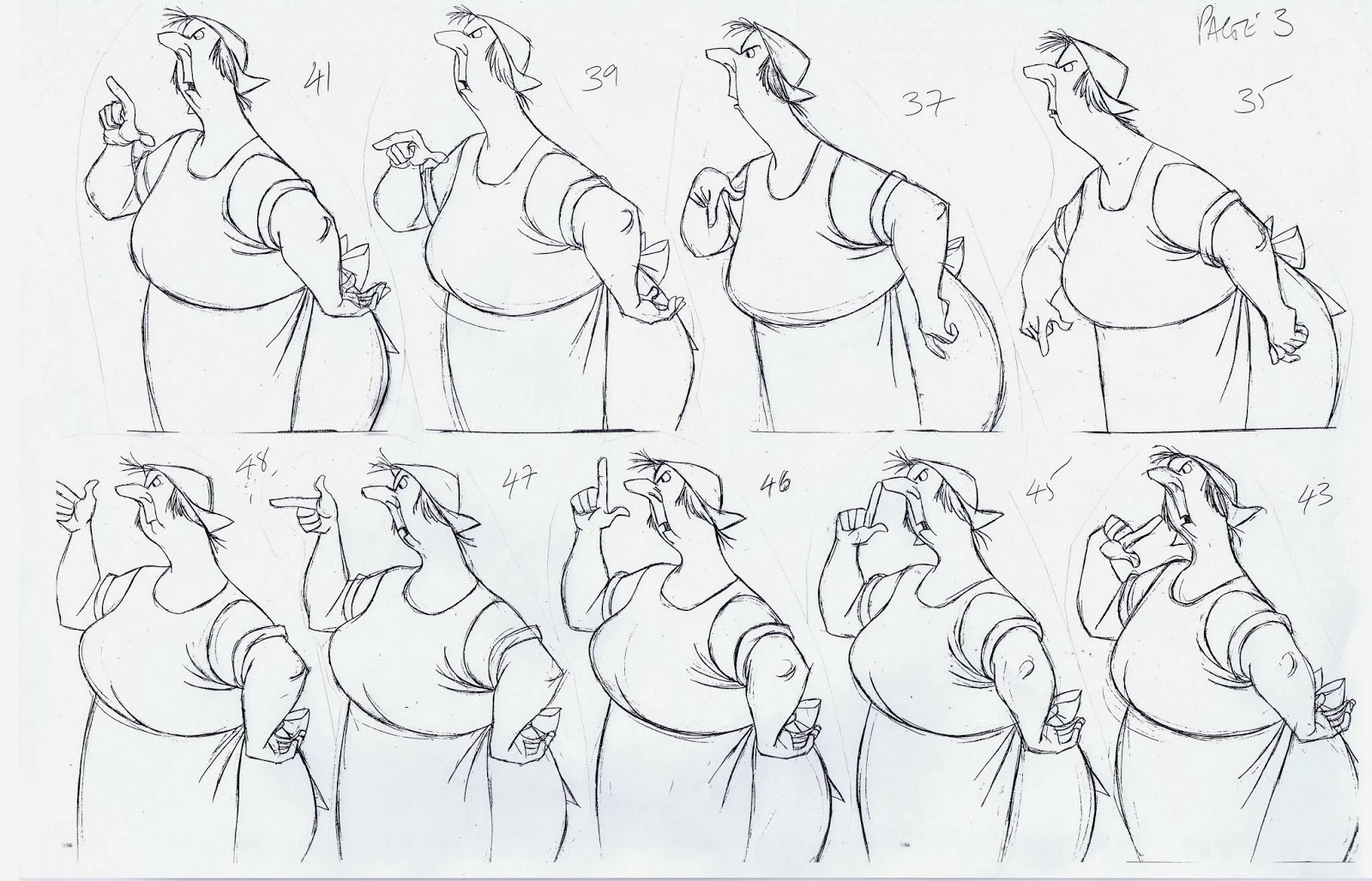 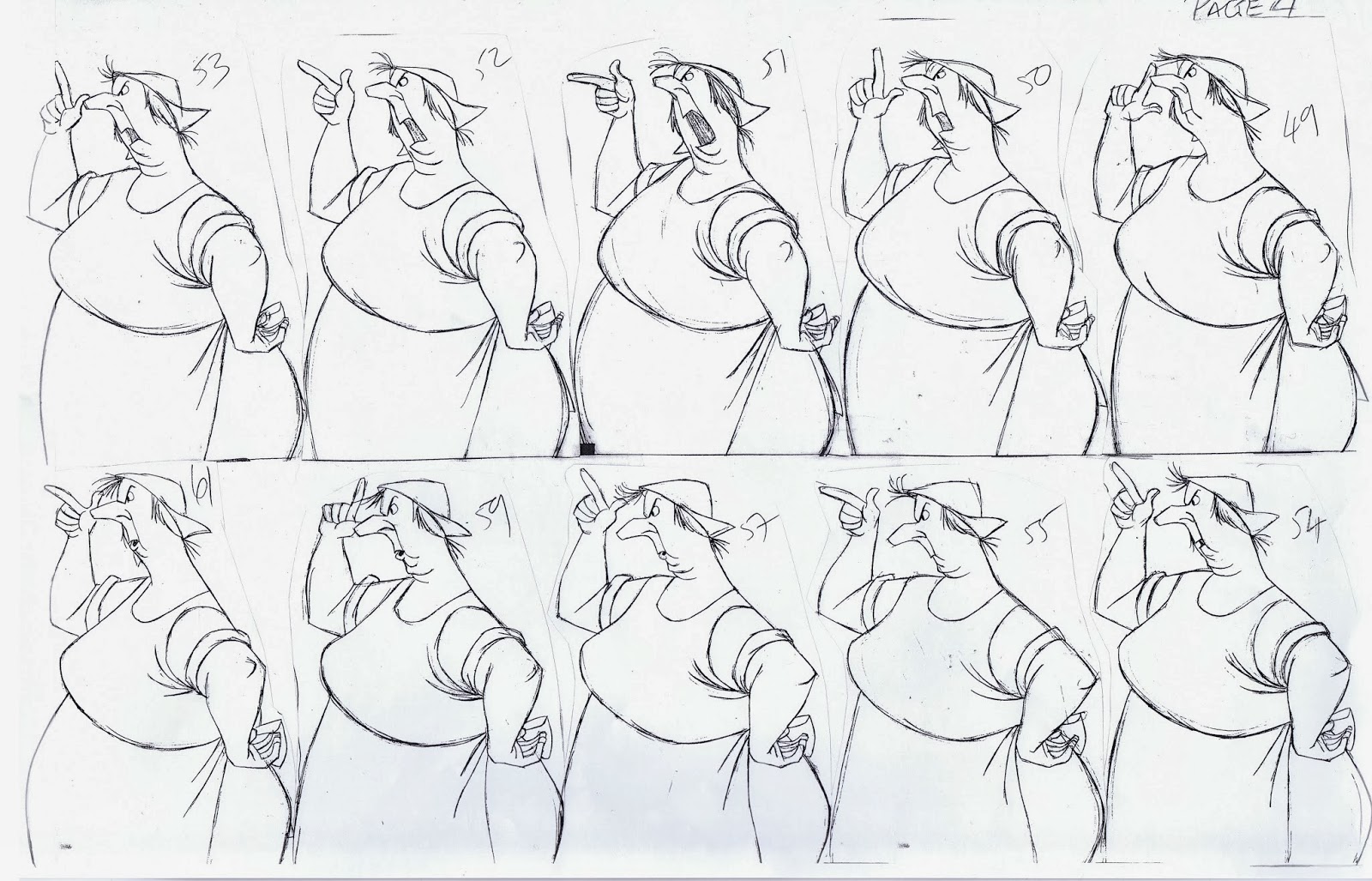 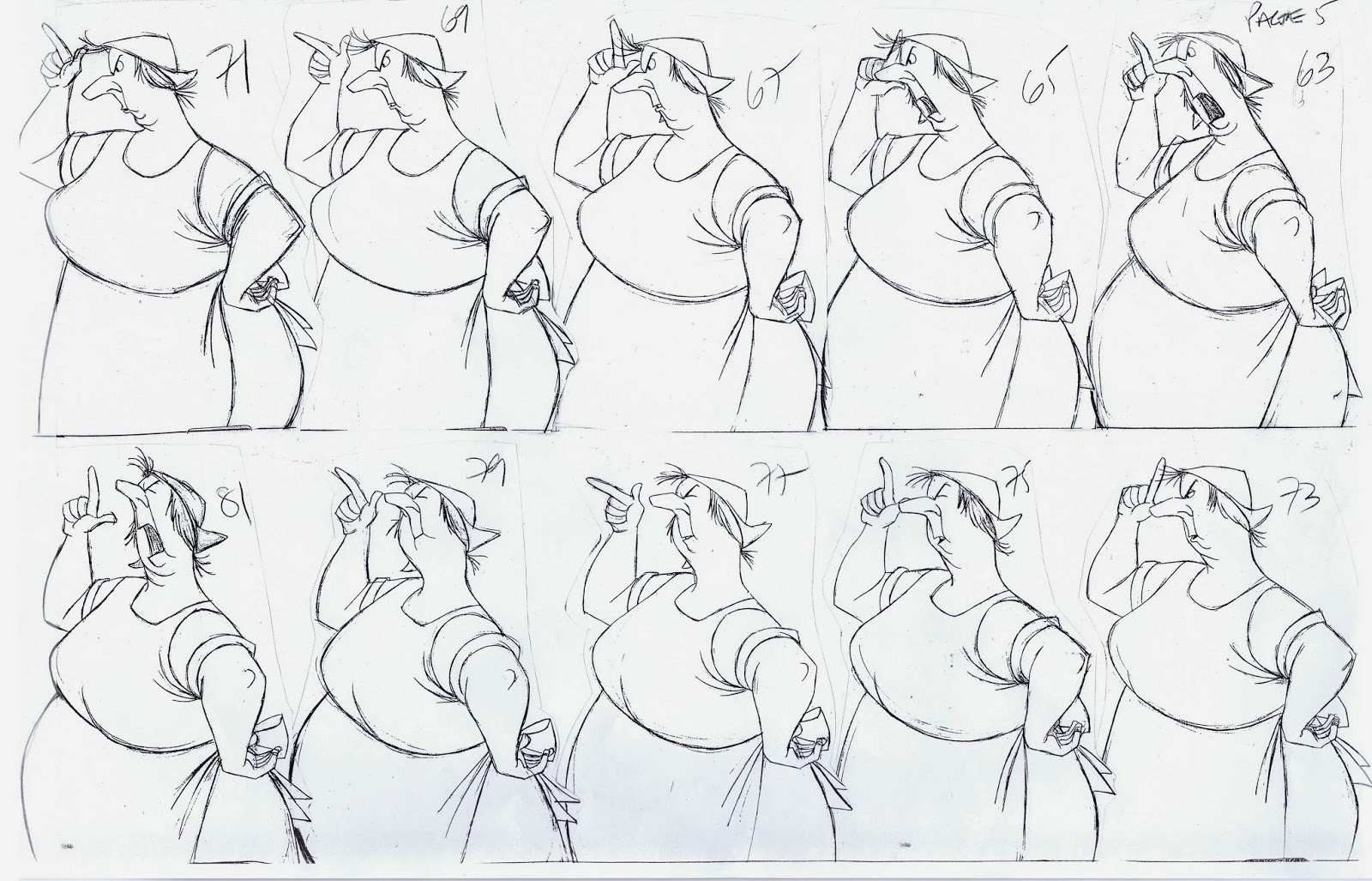 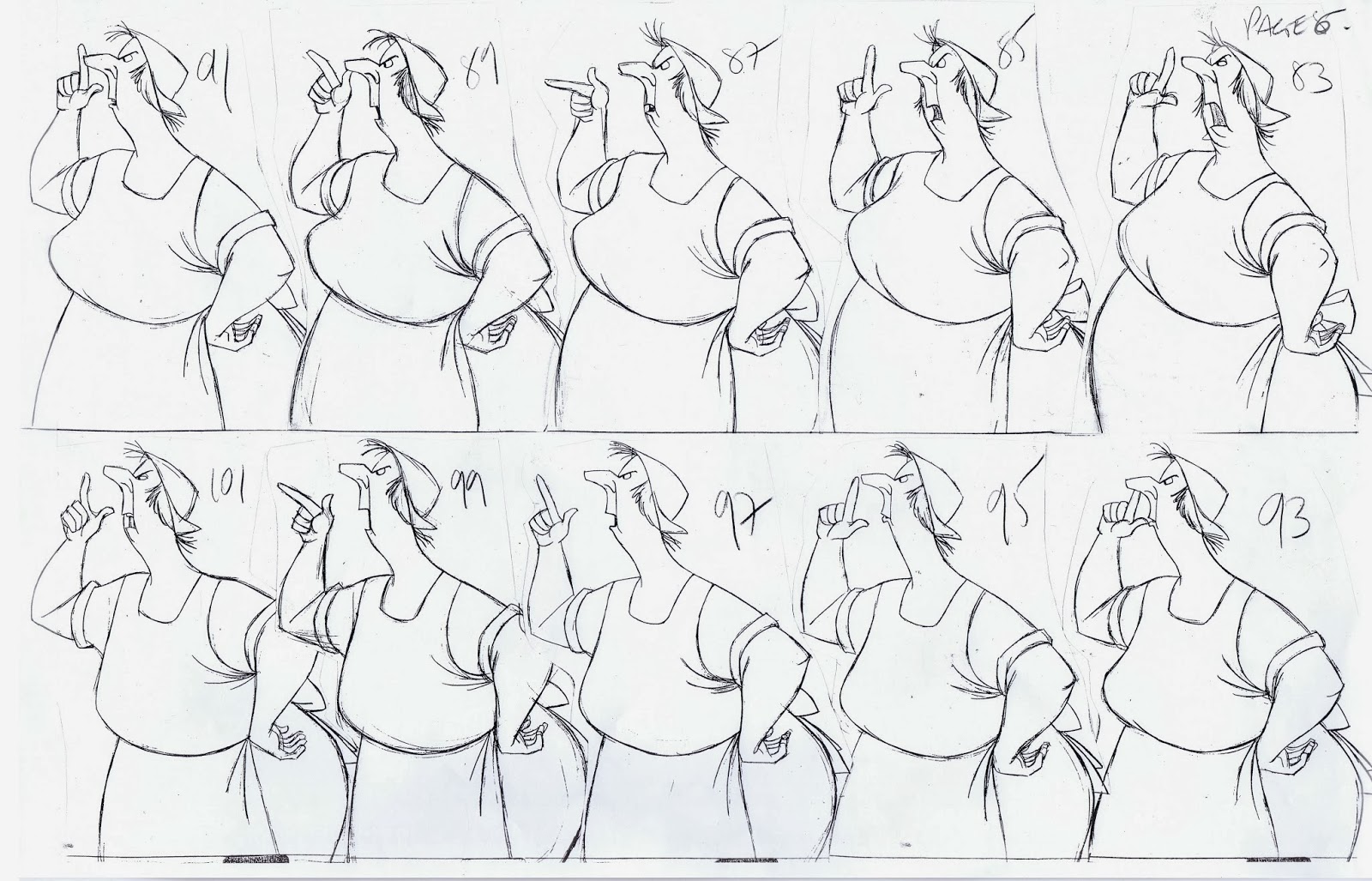 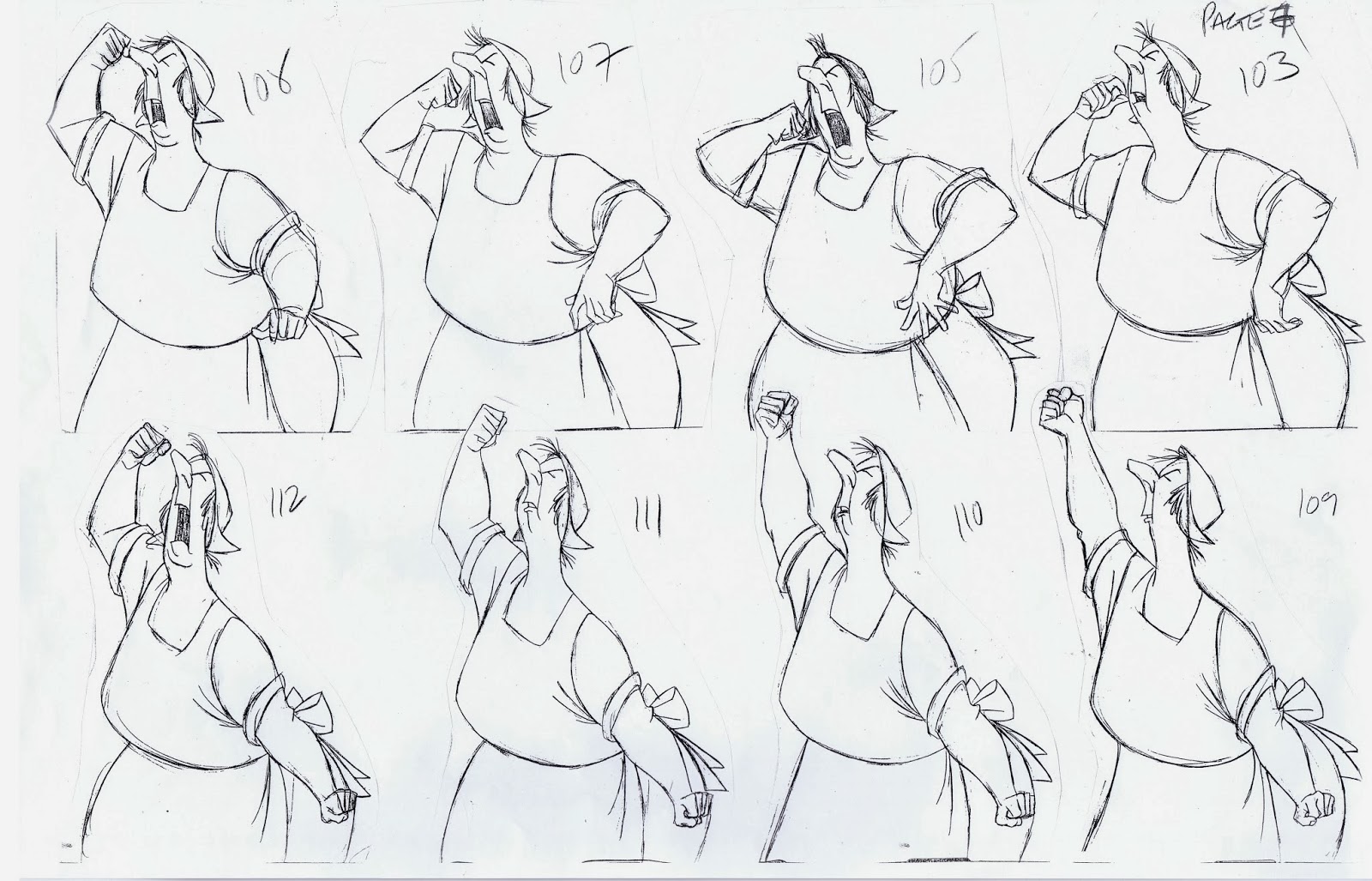 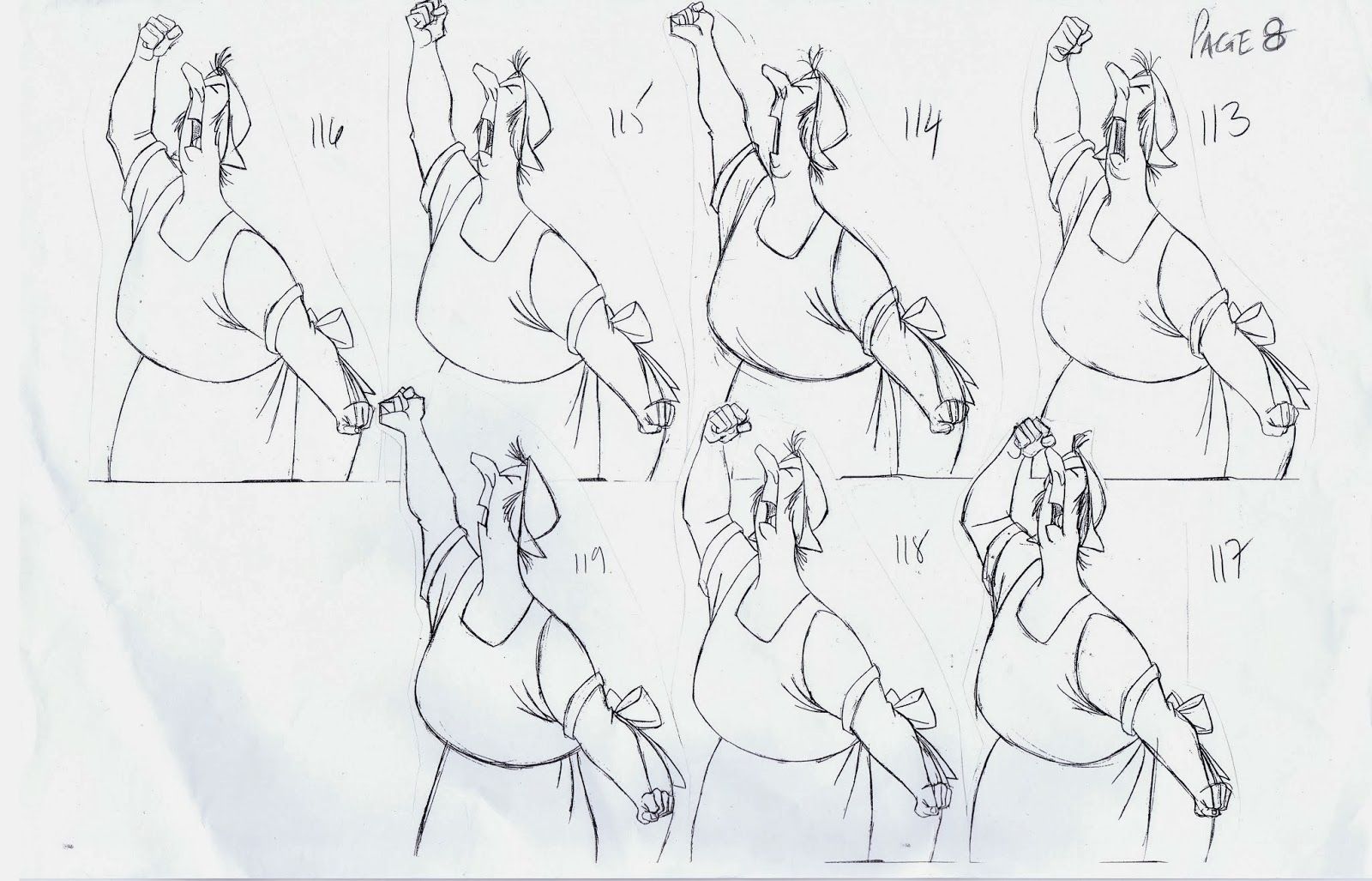 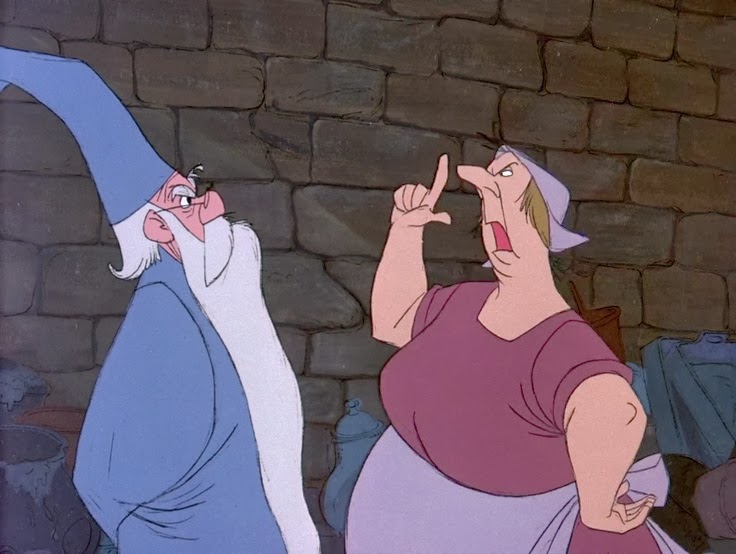