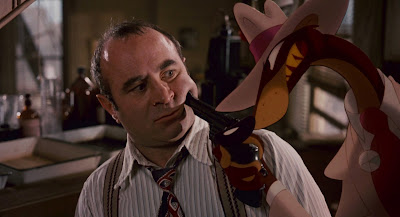 I had a lot of fun with these two scenes. The first one shows the Weasel leader Smart Ass threatening Bob Hoskins. Originally his dialogue was: "Cut the bullish...!" And I did animate the character saying it. Soon thereafter when Roy Disney stopped by the London studio to check on some dailies (rushes), he almost had a fit when my scene came up. He said that even though this movie will be released under the Touchstone banner, no animated character needs to have this kind of language.
So...the line was re-dubbed to: "Cut the bull shtick!"
I didn't need to change the scene's lip sync, the two words were similar enough. The original animation worked with the new reading as well.

The next scene turned out to be one of my favorite assignments. Roger, who has been hiding from the Weasels in the sink's water, comes up, wringing his ears dry before saying something like: "Jeepers Eddie, you saved my life. How can I ever repay 'ya.." He then plants a super cartoony kiss on Hoskins. As I worked myself straight ahead through the scene, I felt that the kiss needed to go beyond lip contact. Roger's mouth is practically smothering Hoskin's whole face.
One added challenge was Roger's right hand, which always needed to be positioned according to the live action handcuffs.
Really loved animating this broad piece of animation. 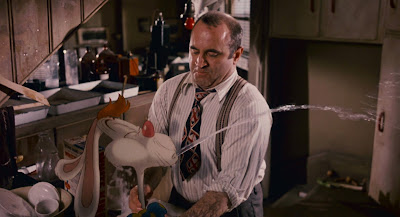 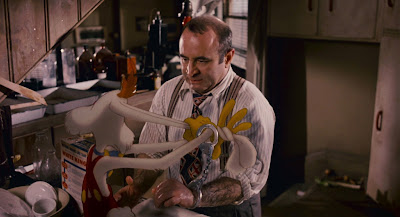 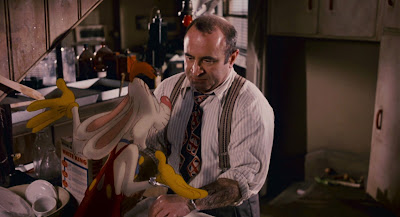 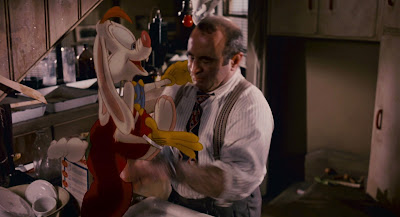 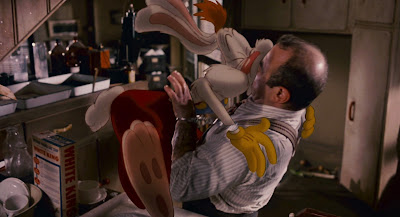 This is an example of what a live acton photo stat looked like. We had to cover the wire holding the pistol with the animated character's arm. All this was done before CG and Photoshop. But we found ways to make it work. The whole team worked so hard on this film to create an almost perfect illusion. It was an amazing experience. 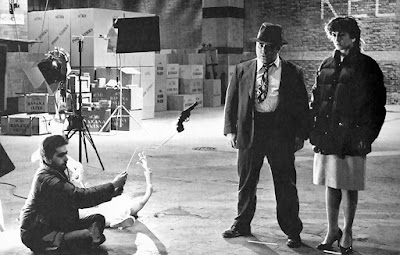