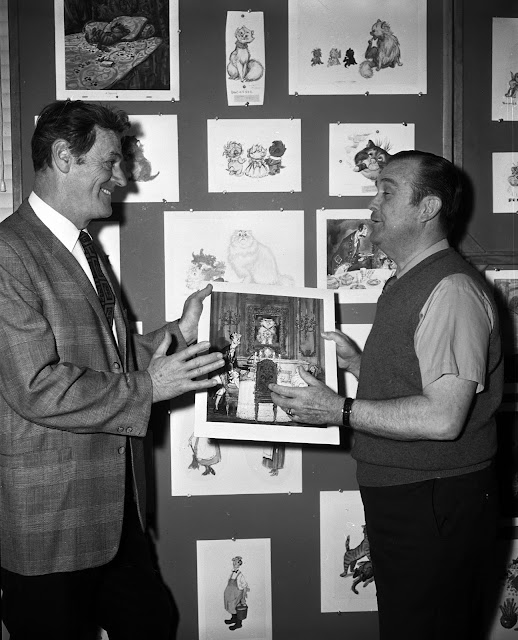 A great photo of director Woolie Reitherman and Ken Anderson, visual development artist.
The pic was probably taken during the mid 1960s when the animation crew was finishing work on The Jungle Book. The Aristocats was the animated feature that followed, and Ken is busy developing personalities as well as environments for the story. He did an enormous amount of design sketches for the film. Ken Anderson was what you would call a compulsive draughtsman. On his own time he kept sketchbooks, many of them illustrated his travels around the world.
The only other Disney animation artist who also did this was Marc Davis. To animators like Frank and Ollie and Milt Kahl, drawing was a means to an end. Their philosophy was, you draw for animation, that's it ( which certainly makes sense, when you think about the intense brain work involved in their type of animation).
Here are just a couple of sketched situations from Ken Anderson's vast Aristocats inventory. 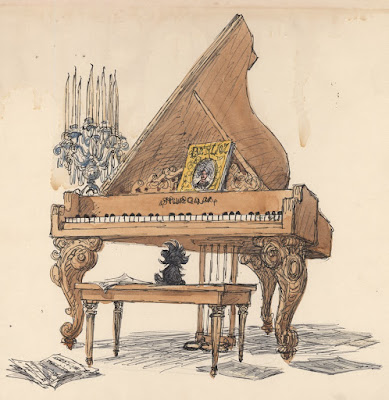 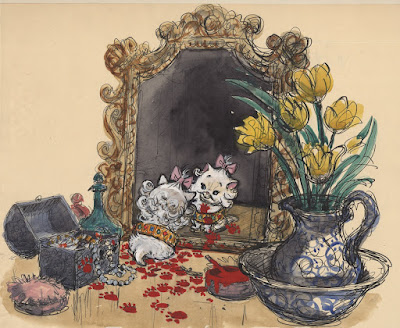