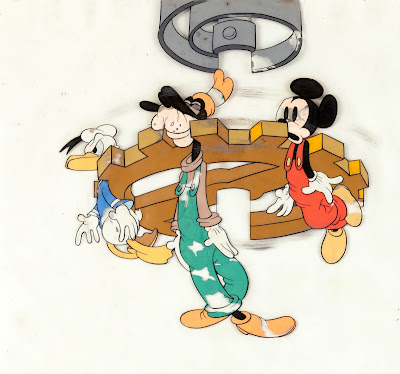 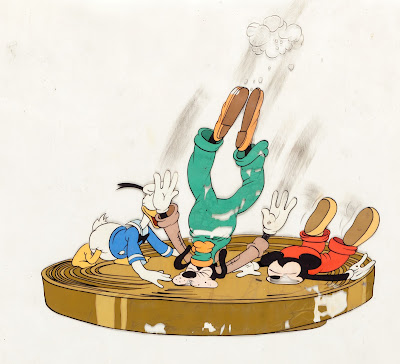 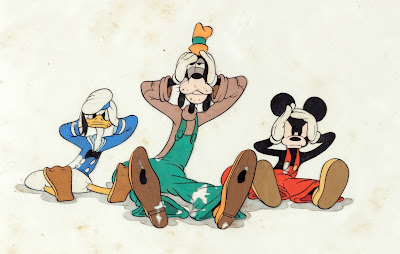 Clock Cleaners from 1937 is one of my favorite Disney shorts. The story provides plenty of great gags, and the character animation is incredible. The layouts involve dramatic down shots, which can leave you with a fear for heights.
I remember that as a kid I had a shortened Super-8 film copy of the film, and during a home screening my father mentioned that several shots made him feel dizzy.

These beautiful cels show their age and some damage, but it amazes me they survived at all after so many decades. Look at those colors!
Heritage Auctions offered these treasures a while ago.

What never fails to impress me is that the world these cartoon characters inhabited was logically and realistically depicted. The backgrounds are believable renderings of skyscrapers.
For some reason more recent versions of a "cartoon" world, wether Toon Town or TV episodes featuring cartoony characters all show wacky perspectives, crooked buildings, horizon lines that make no sense etc.
The reason my dad felt dizzy watching Clock Cleaners is due to the fact that Disney's worlds might be fantasy, but they sure have a way of getting you involved, acrophobia and all. 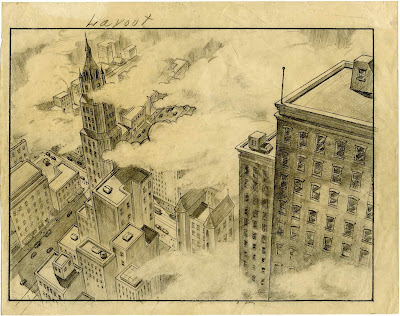 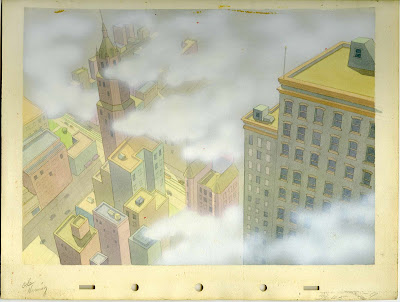 Check out this previously posted interview with Clock Cleaners layout artist Ken O'Connor about cheating perspective to get a certain effect across: