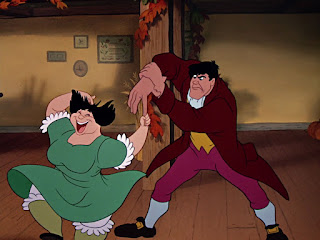 There are many hilarious moments in Disney's 1949 film The Legend of Sleepy Hollow.
Frank Thomas and Milt Kahl animated scenes during the classic dance sequence at Van Tassel's party.
Brom Bones tries desperately to get close to Katrina, but the overly enthusiastic, love struck Tilda stands in the way. Frank Thomas goes to an exhaustive routine in which Brom Bones tries everything in his powers to rid himself from this energetic, clingy girl, but to no avail.
Animation drawing # 331 shows a type of exaggeration seldom seen in Thomas' work. He gets the idea across that Tilda is "glued" to her reluctant dance partner. For one frame only Disney realism goes out the window, as B. Bones' finger elongates illogically, but to great effect.
This long scene is a comic masterpiece, beautifully timed and drawn exquisitely. Milt Kahl helped Thomas by contributing numerous tie down sketches in order to maintain solid anatomy during these wild movements.

A lot more key drawings from this scene are published in my NINE OLD MEN book on pages 232 through 235. 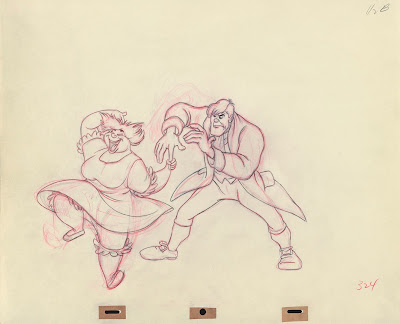 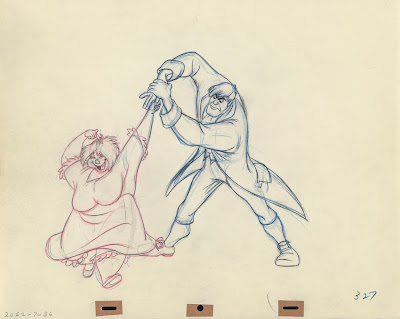 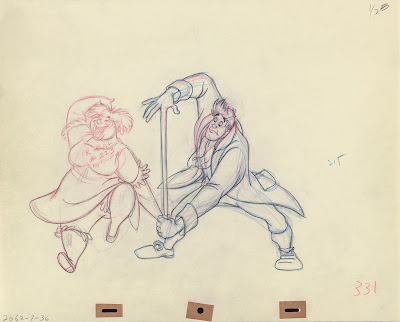 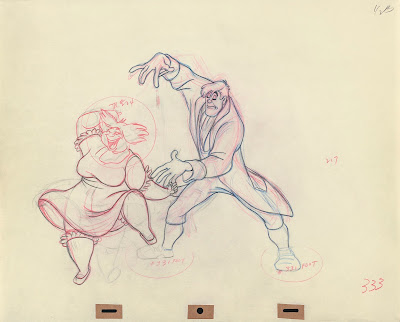 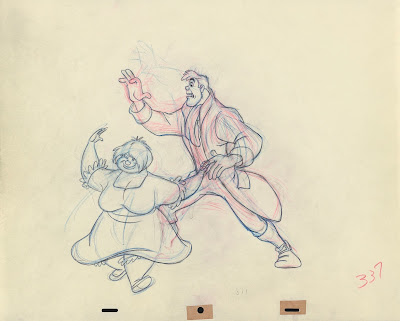