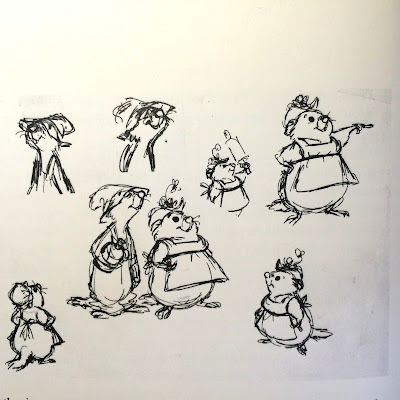 During development and production of The Rescuers the parts of swamp folk characters Ellie Mae and Luke were reduced to minor, supporting characters. Frank & Ollie write in The Illusion of Life:

The muskrat family in The Rescuers consisted of Elie Mae, the bossy, bustling wife, and Luke, her shiftless husband with his jug of "swamp juice". Jeanette Nolan, in contributing the voice of Ellie Mae, added more dimension by giving a delicate warmth to the bustling traits, and a shattering shriek to the aggressive side when the character was excited. Unfortunately , as the story evolved, there was no place to show these qualities and Ellie Mae ended up as a more conventional motherly type.

To me there was also a problem with the final character designs on the screen. Milt Kahl drew these early charming explorations, which show a lot of potential for appealing acting business. Ellie Mae's and Luke's proportions look dead on. Beautiful subtle facial features, and their overall body sizes are short, these are little characters.
Somehow the animators couldn't capture Milt's nuanced depictions, and the screen versions look tall, ordinary and generic.
Pre-production sometimes looks superior over the final result in these big feature productions. 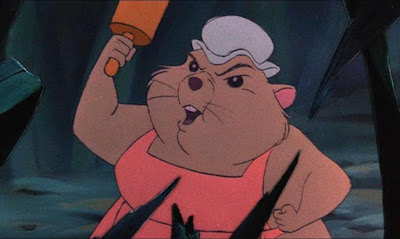 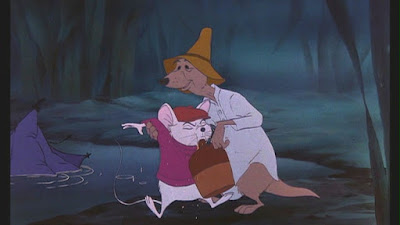 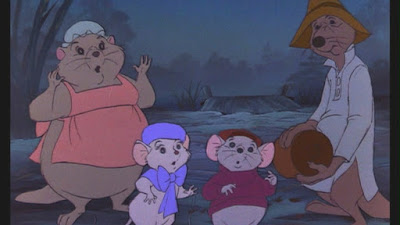