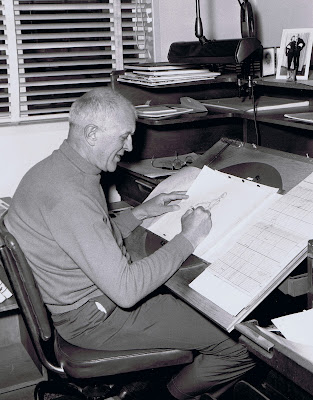 Here is another character Milt Kahl didn't particularly enjoy animating, but as usual he pulled it off beautifully. There was criticism at the time as to why Madame Bonfamille in "The Aristocats" looked so realistic. This lady was eccentric enough to will her fortune to her house cats, so why not design her as a nutty old woman?
Milt's response was that the story guys thought of her as a beautiful, dignified elderly lady, as did Ken Anderson. So he refined what they gave him, not changing the character's concept.
In an interview Milt said that it doesn't hurt to do your straight, realistic job once in a while, knowing that you will have other characters in the picture who are eccentric and more entertaining.
And of course Milt did pride himself for being able to do assignments like this one that called for careful realistic handling.
"Realism is not the problem, it's the way (other) people do realism that's a problem!" he said.

To me the contrast between her and the lawyer and butler works quite well. 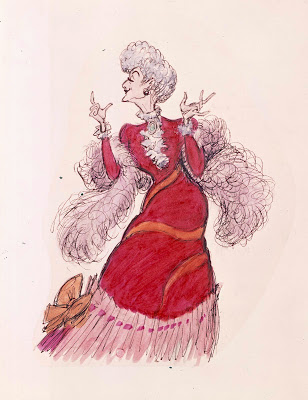 A development sketch by Ken Anderson 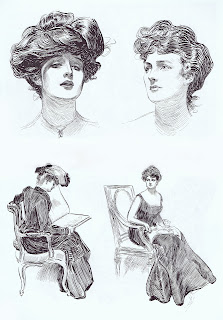 American illustrator Charles Dana Gibson might have been an influence on Milt when he drew Madame Bonfamille. You find the same careful accuracy in the remarkable draughtsmanship of both artists. 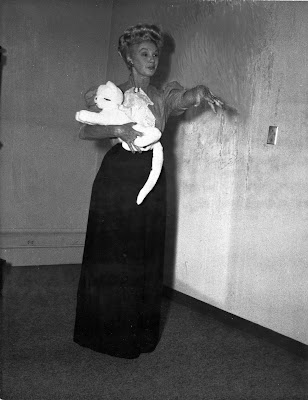 This is a photo of Grace Godino posing as Madame Bonfamille. To my knowledge no film footage was ever taken. Grace was an inker at Disney, she also had a little acting experience as a stand-in for Rita Hayworth.

The following rough animation drawings are from the scene in which Madame greets her old friend, lawyer Georges Hautecourt. He is about to compliment her on her soft hands after having just kissed the cat's tail.
These drawings AMAZE me…elegance, grace and perfection.
The motion of her left hand reaching forward is beautiful. 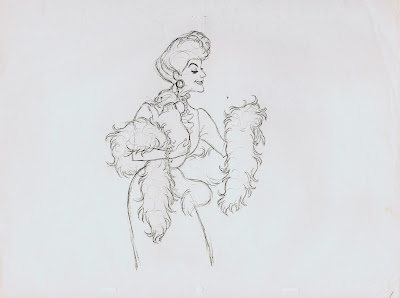 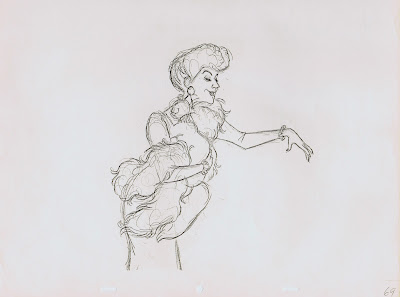 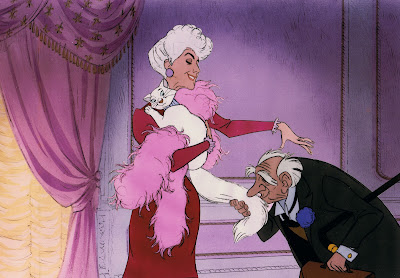