Heritage Auctions is currently offering this terrific sketch of Robin Hood by Milt Kahl. He gave it to Don Duckwall, who was production manager on the film. (It was Don who would later help me with necessary paperwork in order to join Walt Disney Productions in 1980.)

This is a beautiful drawing, and if it looks a bit familiar to you, that's for a reason. A while ago I posted a rougher version of this pose, a sketch Milt gave to a gentleman called Leonard. While I like the looseness of that sketch, I have to say that Milt made significant improvements when he re-drew the image for Don.

It really is fun to compare the two versions and find out what parts of the drawing Milt changed. 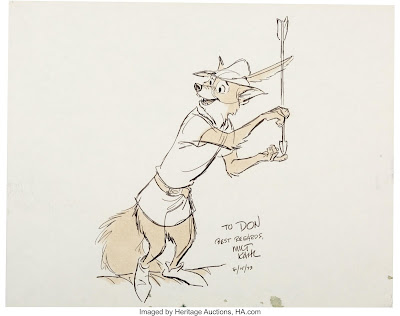 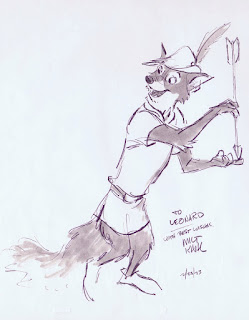