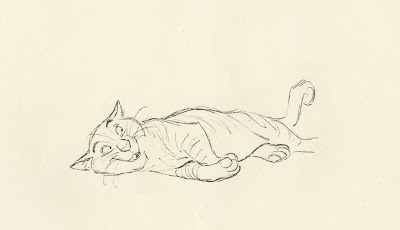 Another post on Mit's work for The Aristocats.
I love the drawing above, which I believe was done for an Ollie Johnston scene during a time when O'Malley's fur was supposed to show a striped pattern. Beautiful feline pose, nice weight and contact of the cat's soft body against the hard ground surface.

Milt did the drawings below over keys from a Frank Thomas scene. As with Bagheera earlier, terrific economy of lines. 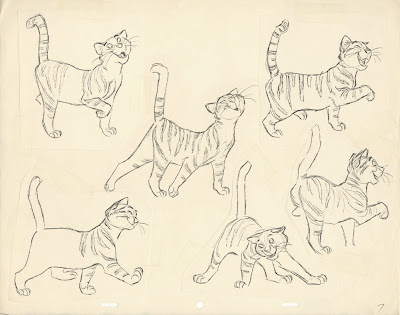 Milt didn't like the way the film's story turned out, but he mentioned repeatedly that he enjoyed animating Edgar, the butler as well as George Hautecourt, the lawyer. He found them to be characters "you can get your teeth into". 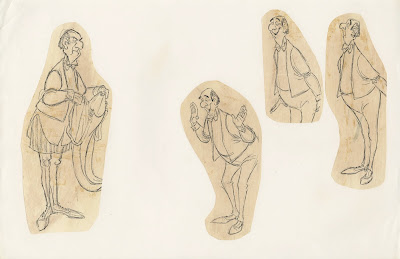 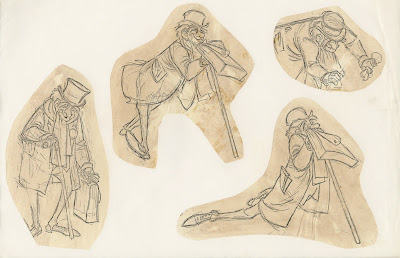 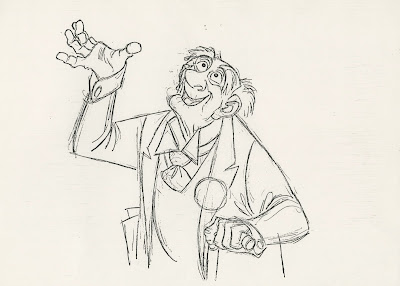 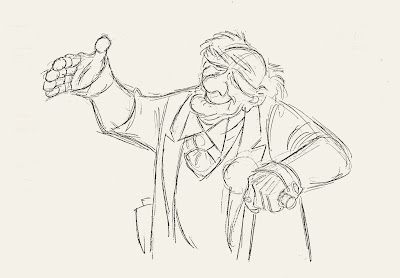 The horse Frou-Frou gave Milt problem's as far as character design. He said that he felt he had run out of ideas on how to design a horse in a new way.
I love the animation, particularly the dialogue scenes. 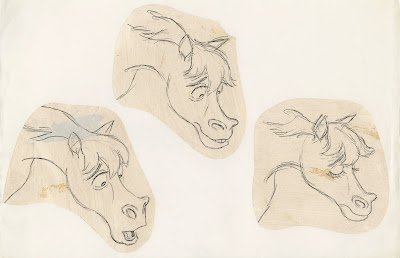 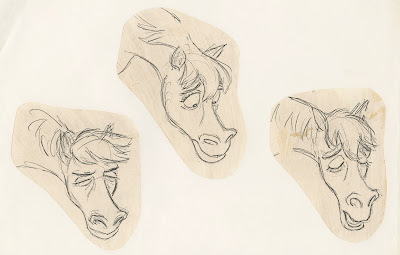 Milt claimed he didn't get his teeth into this character assignment. From the beginning Madame Bonfamille had been thought of as being a nice lady who was fond of her cats. "Then again" he said, "it doesn't hurt to do a straight job once in a while". 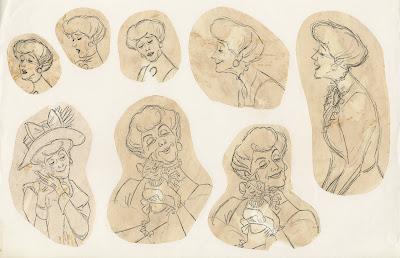 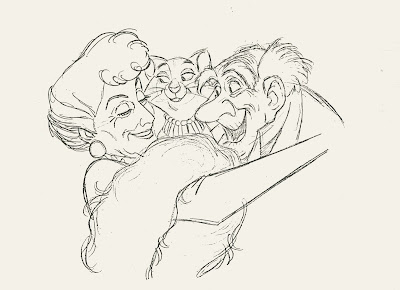 A couple of previous posts on Milt's Aristocats work: