The End of the Squirrel Sequence 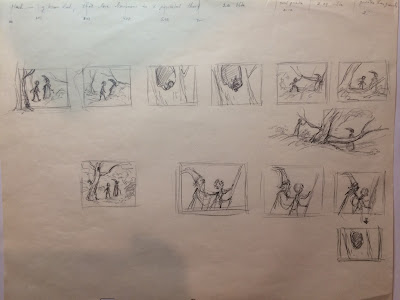 These are Frank Thomas' thumb-nail doodles, as he explores staging and continuity for the final scenes of the squirrel sequence from Sword in the Stone. Both Merlin and Wart have turned back into humans, and the girl squirrel is heartbroken.
Merlin seizes the moment to explain to Wart what just happened: "You know, lad, that love business is a powerful thing."
"Greater than gravity?"
"Well, yes, boy, in it's way. I'd say it's the greatest force on earth!"

I assume this was written by story man Bill Peet, and to me it's one of the most poignant moments in Disney animation. So simple, so moving, and yet powerful as a statement.
The movie does have its flaws, but then it does have moments like this one.

The actual footage was animated by several animators. 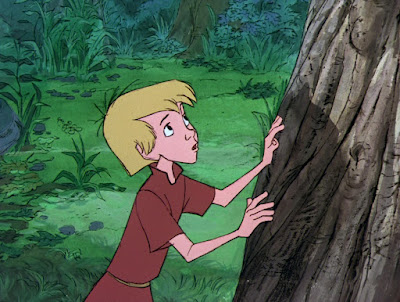 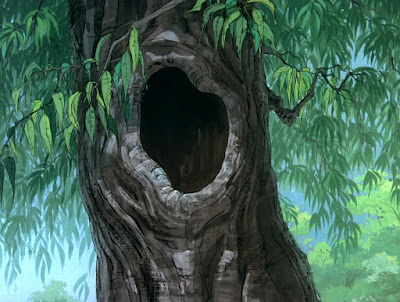 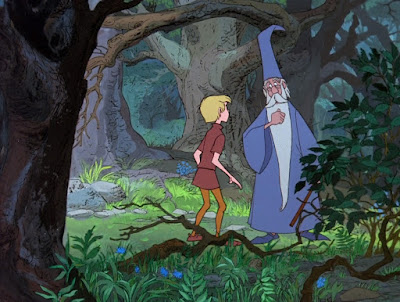 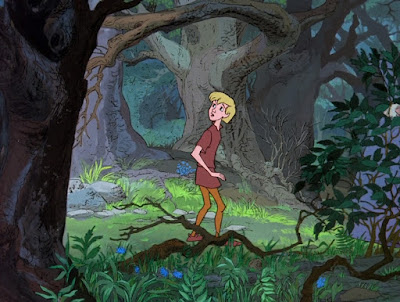 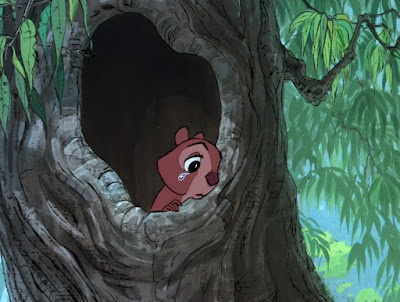 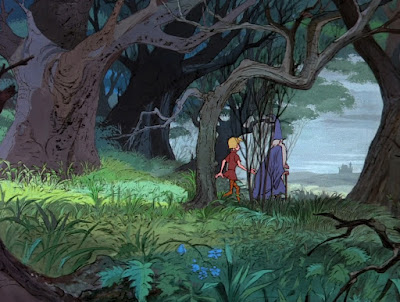