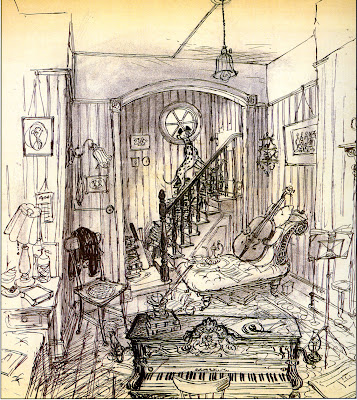 The more I think about it, the stronger I feel that "101 Dalmatians" is the most modern of all Disney animated features.  Artistically this is the peak, right here. A film which embraces modernism and a gutsy graphic style never attempted before or since.
It is almost surreal to remember that this movie is over 50 years old! So why hasn't Disney Animation advanced even further in the decades following Dalmatians? I think part of the reason is the fact that Walt Disney himself did not care for this "artsy" look. He probably thought the film looked rough and too unpolished.
To me the beauty of it is that it makes a statement which challenges the audience:
Look, this is a sketch, but it is alive and real at the same time.

And of course audiences completely bought into this concept and embraced the movie.
Come to think of it, Disney experienced another breakthrough not so long ago:
Mike Gabriel's short film "Lorenzo", which took pencil animation to the next level.
More on that in an upcoming post.

Above and below, concept art by Ken Anderson, inspired by Ronald Searle.
The anatomically correct Pongo caught me by surprise. 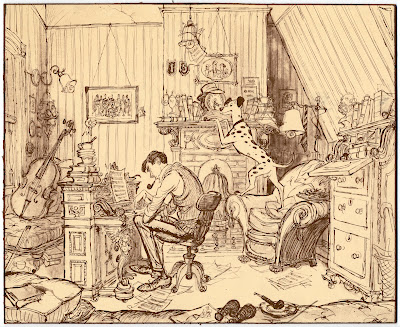 Story sketches by the one and only Bill Peet. 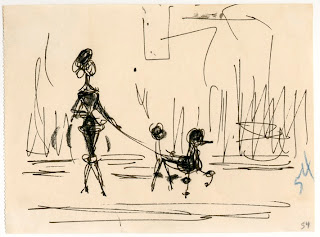 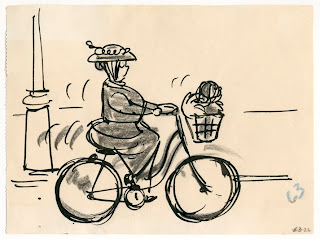 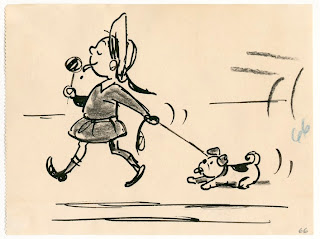 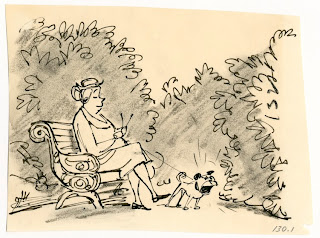 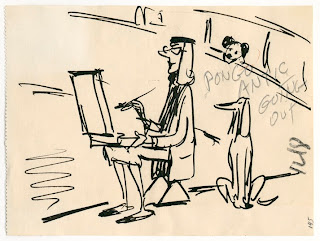 Avant-garde Vis Dev by the one and only Walt Peregoy. 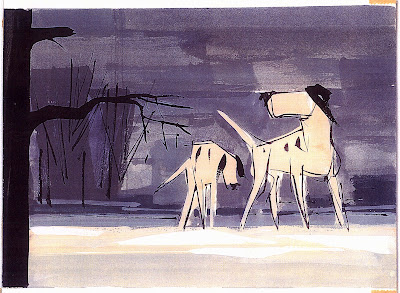 Final frames from the film reveal the sheer joy of experimentation for an animated film. 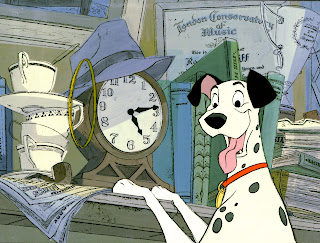 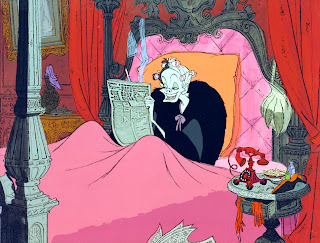