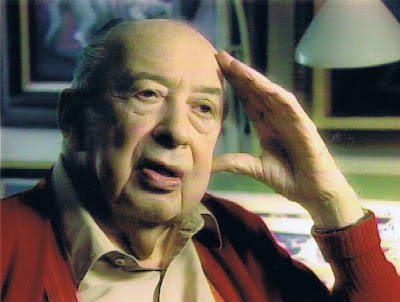 Marc Davis was the most prolific and versatile artist I have ever met.
He never saw himself as only an animator, he was an artist first. And to him that meant exploring art in many different ways. His Fine Art alone shows such variety that I often thought, how can one man  master all these styles and approaches? There wasn't a medium Marc didn't enjoy.
Painting in oil, watercolor, or gouache. He drew with pen and ink, charcoal and pastels.
Realistic depictions or abstract experiments, his range was breathtaking.
He subjects were animals, portraits of women, dancers, bullfight scenes and Greek Mythology among others.
I remember him telling the story that as an art student he dreamt of painting Sistine Chapels, but  during the Depression nobody was ordering any.
One day Marc found out that Walt Disney was looking for artists, so he stopped by the Hyperion Studio, and the rest is history.

Here is a very small sampling of Marc's Fine art. 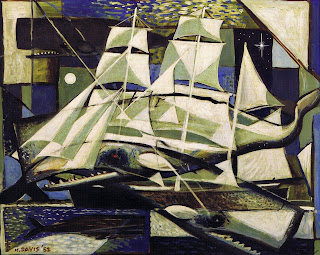 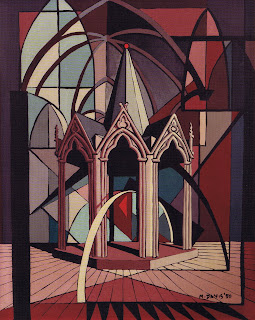 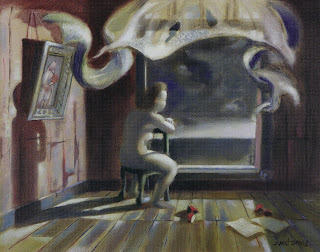 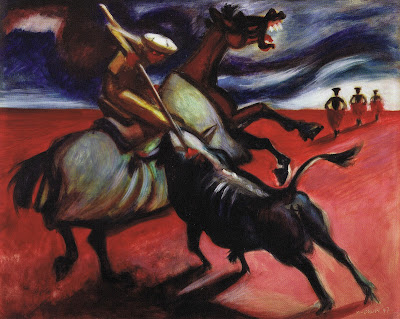 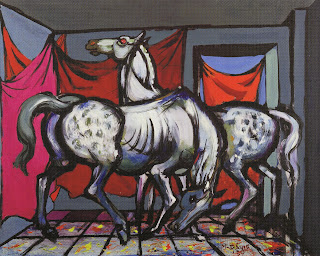 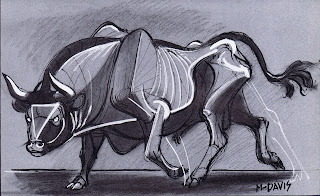 Marc said that when he applied at Disney, Walt was impressed with his ability to draw animals.
We are impressed, too.
Thoroughly observed these poses read very clearly and already showcase a certain charm. 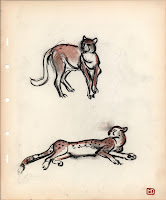 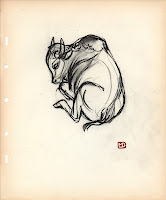 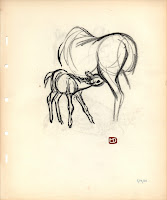 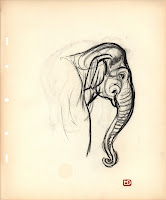 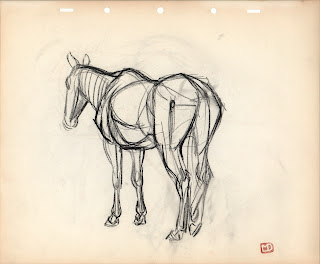 Most of you know about Marc's enormous contributions to the art of character animation.
Early on when Walt Disney saw his design work for Bambi, he asked Milt Kahl and Frank Thomas to make an animator out of Marc, because he wanted to see his drawings on the screen.
I still wonder what kind of animation we would have seen from Marc, had he not moved over to Imagineering after finishing work on Cruella DeVil. 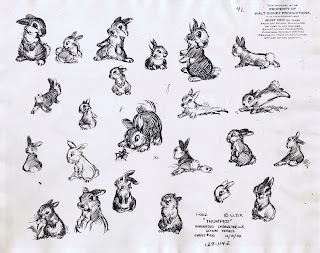 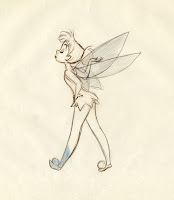 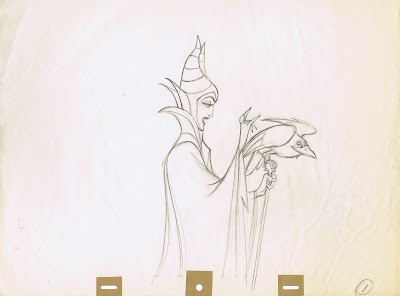 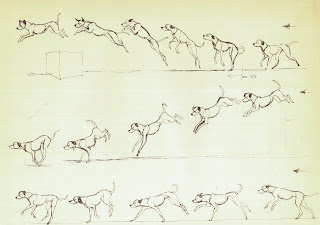 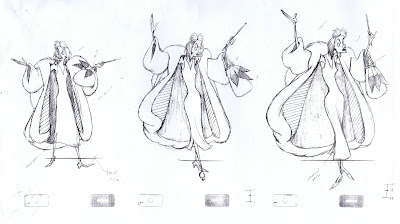 "I intended to bring more humor to Disneyland" Marc said. He was referring to his ideas and concepts for rides like The jungle Cruise, The Haunted Mansion and The Pirates of the Caribbean.
Look at the way Marc staged these pirates. The final audio animatronic situations HAD to read very clearly, because visitors only have a few seconds to observe what is in front of them. 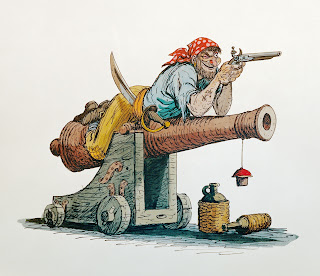 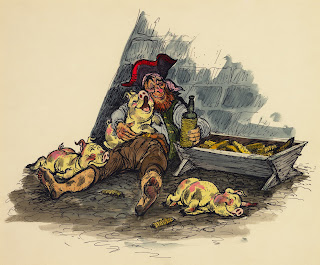 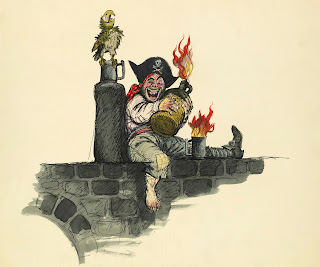 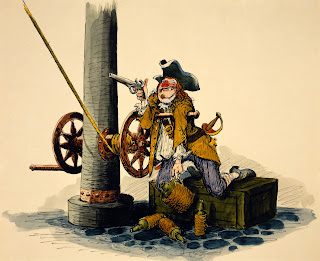 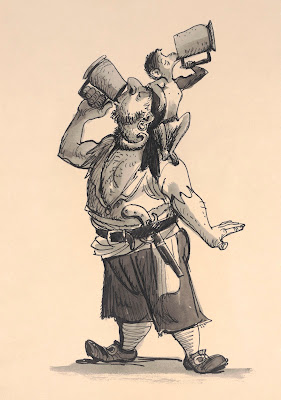 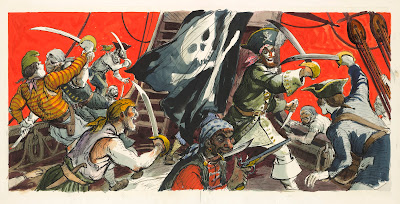