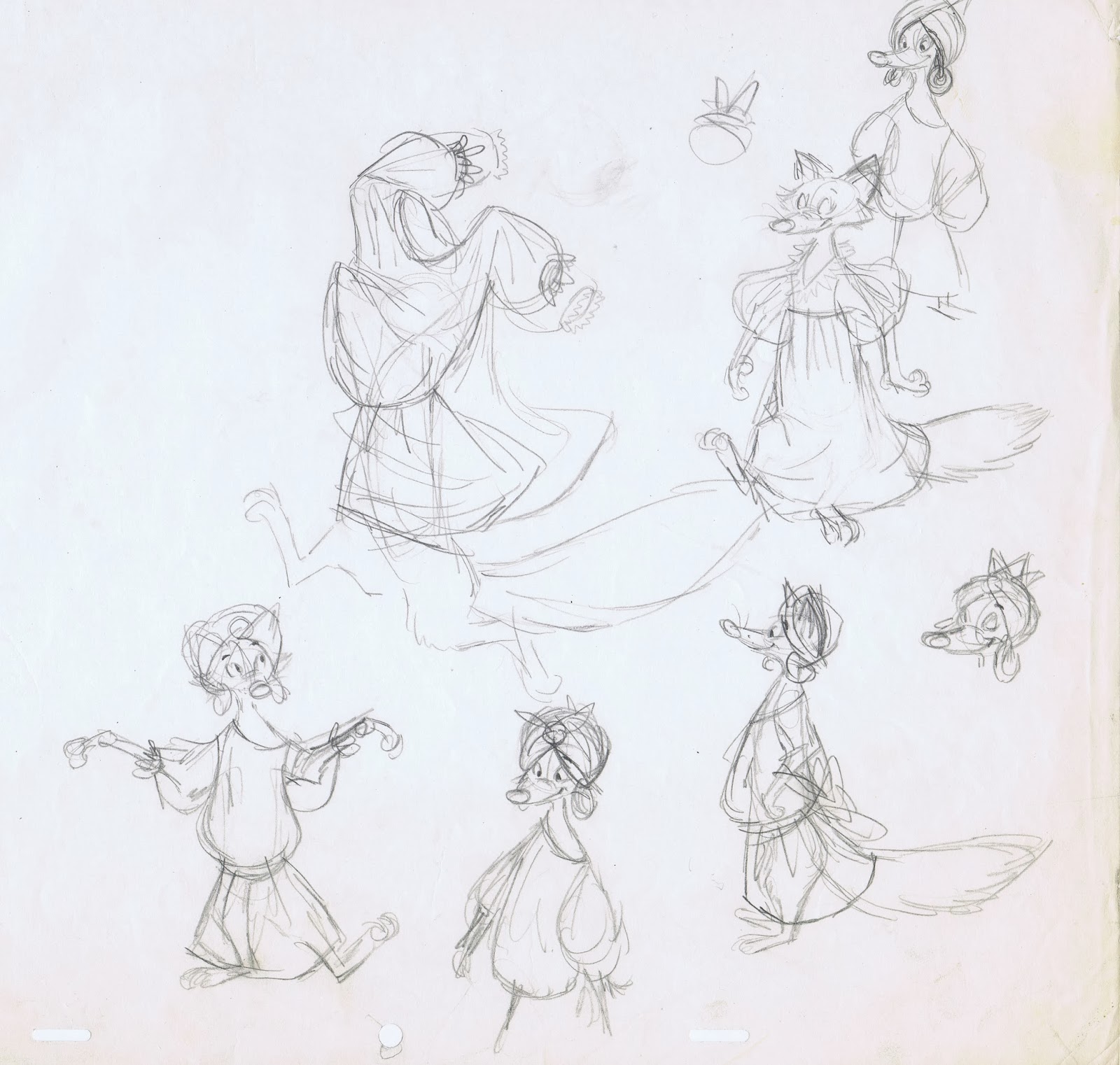 I have posted some material on these two characters dressed as gypsies before, but I have more to show. The doodle sheets above and below were drawn by Milt Kahl. He is trying to find entertaining solutions to the problem of fitting a dress on the body of a fox and a bear.
Beautiful sketches! 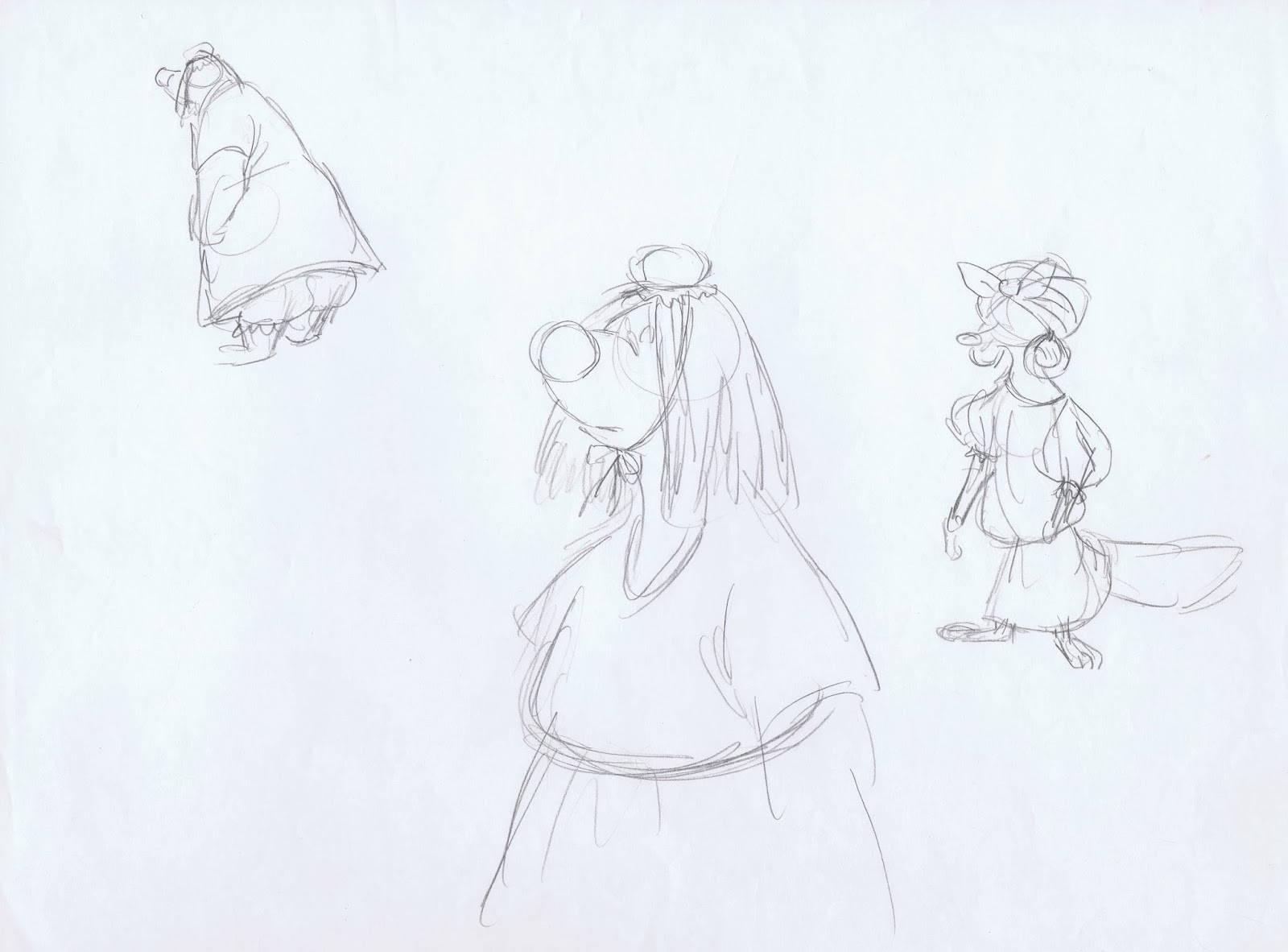 This model sheet includes most of Milt's key drawings from a scene in which Little John reacts to the arrival of Prince John's royal coach:  "Now how about that for luck! It's only a circus, a peanut operation." During the dialogue the bear is tying the bonnet's strings into a knot, which is a lovely piece of business. At the end of the scene he turns to Robin screen left. 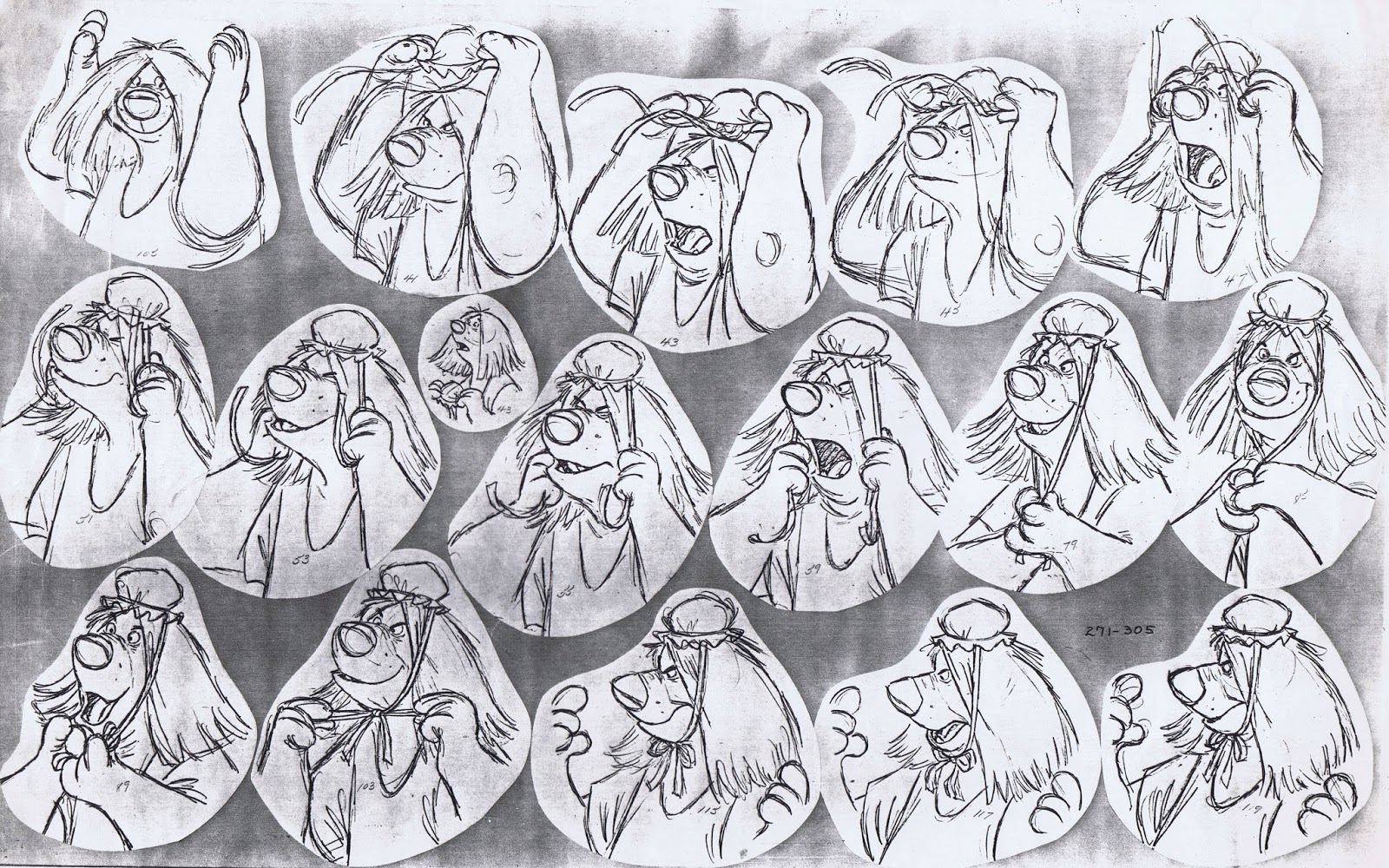 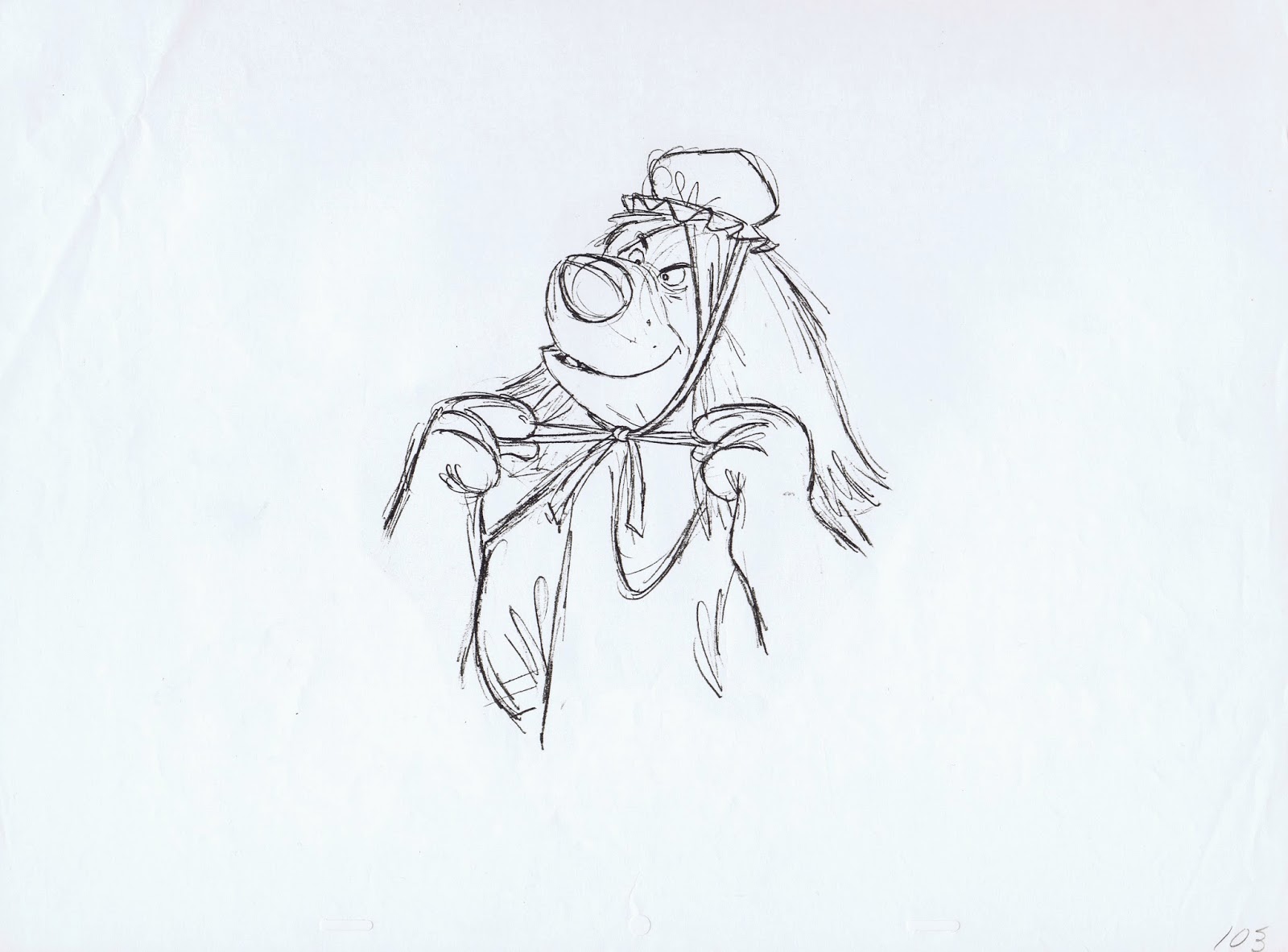 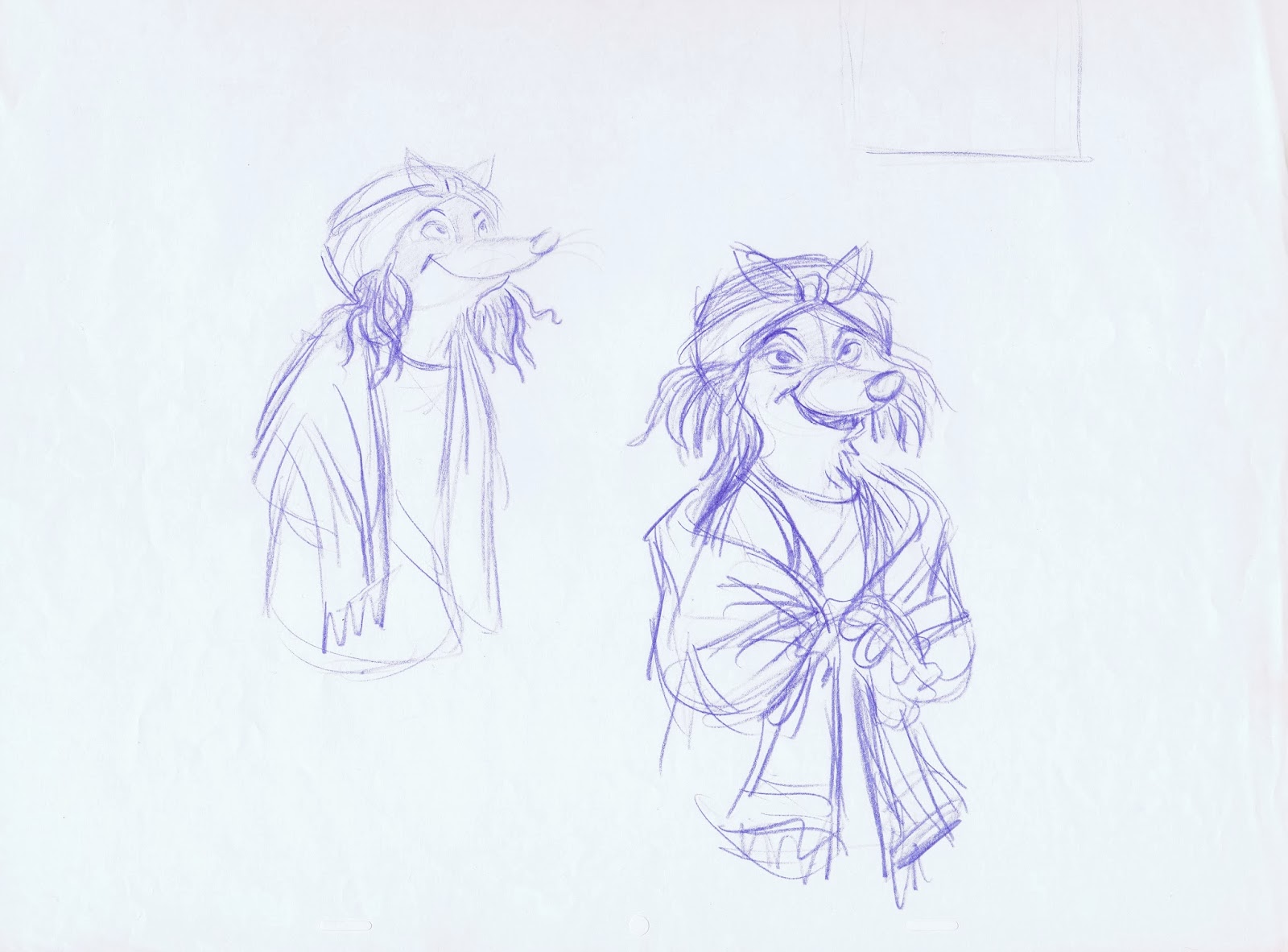 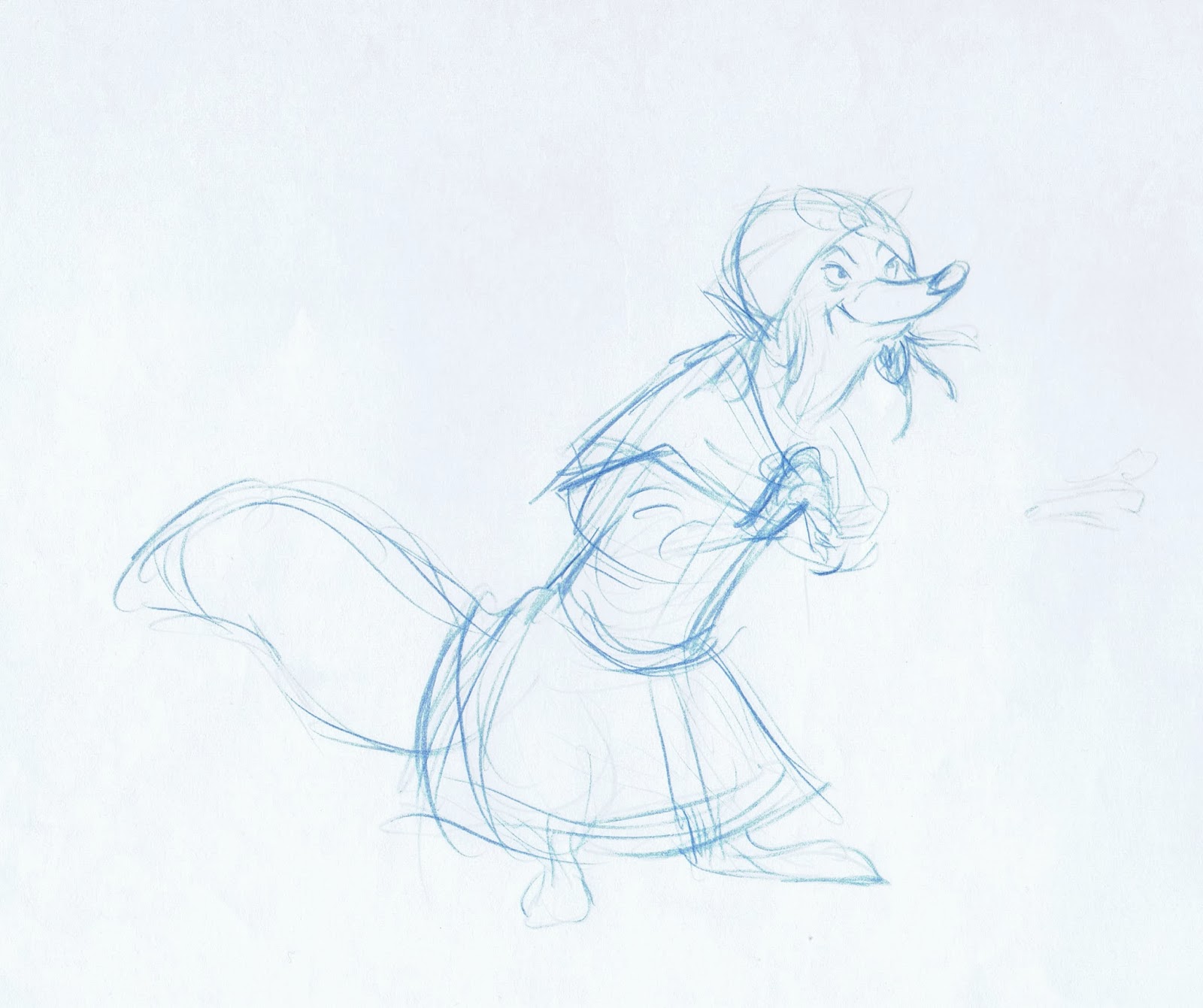 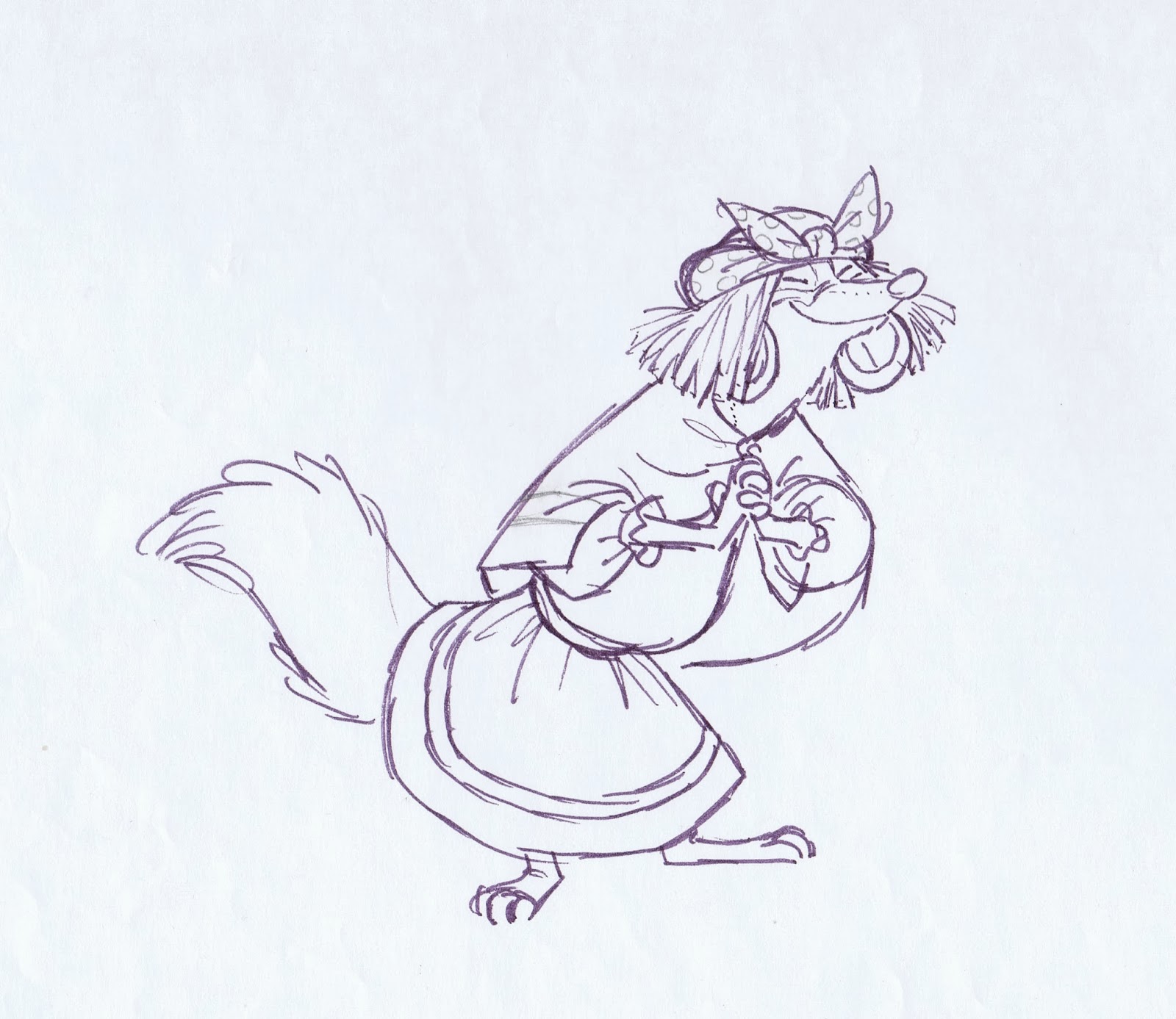 More of Milt's designs. At one point he attempted to keep the ears in the open, but their shapes interfered with the front bow. 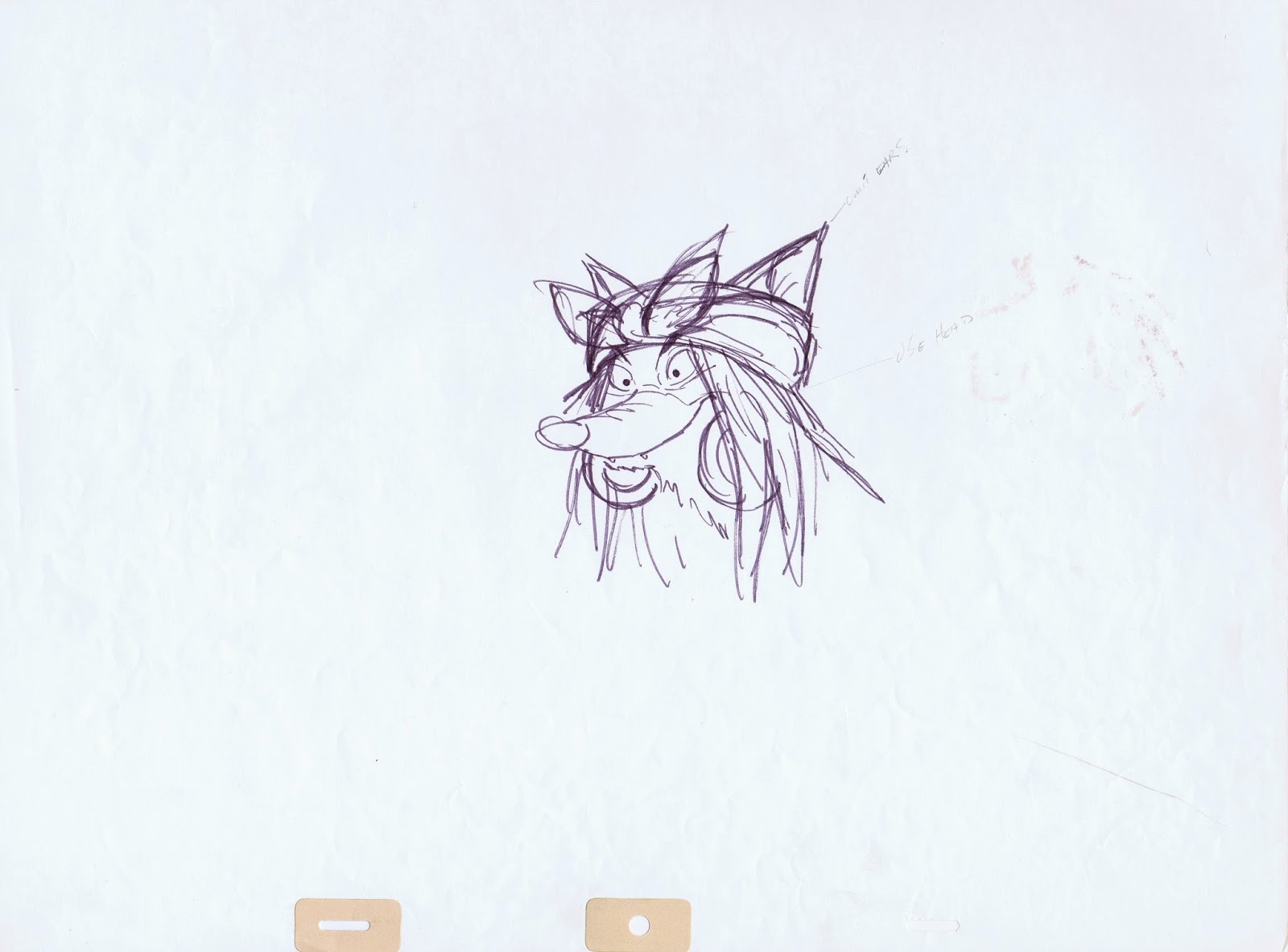 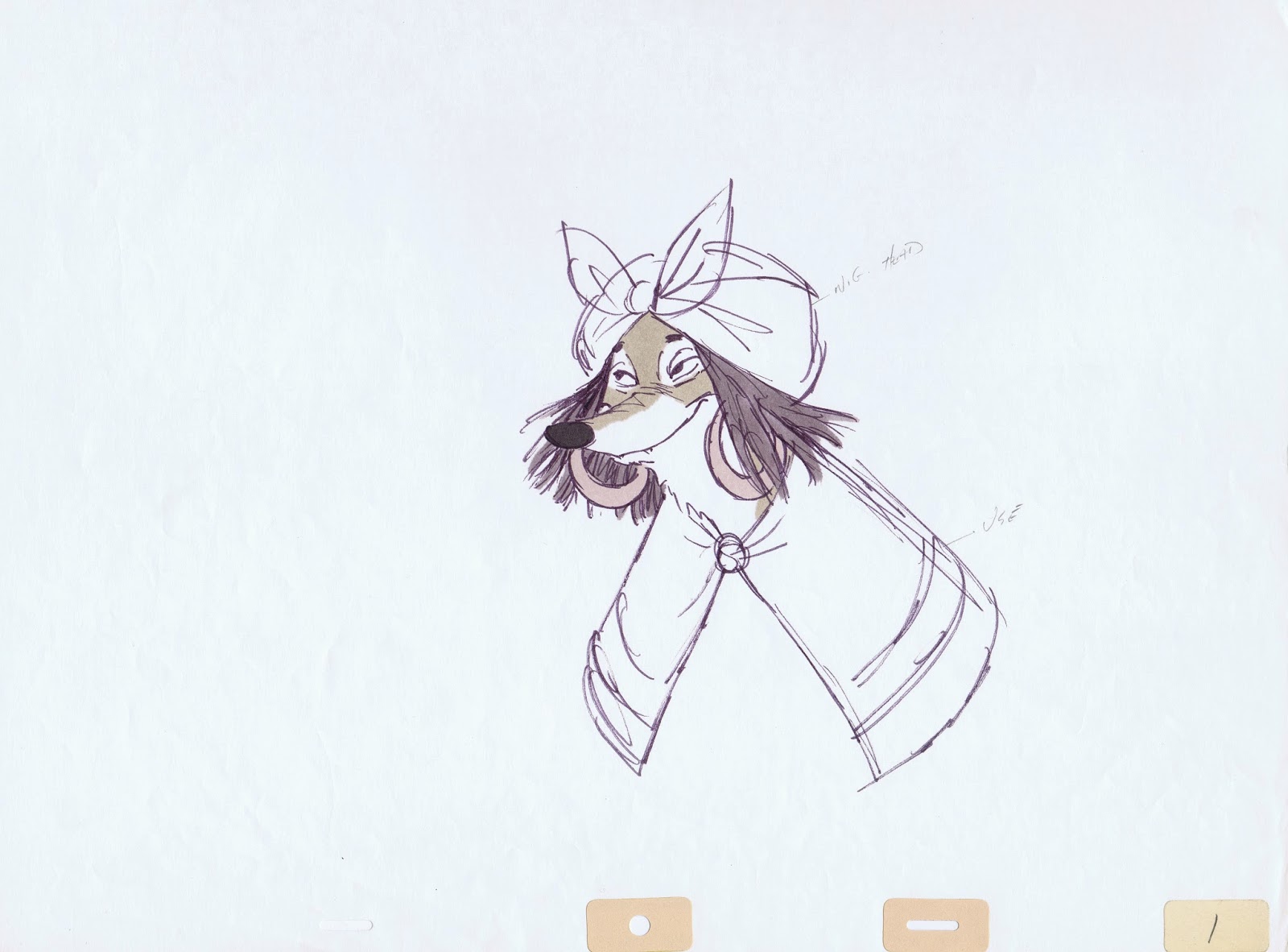 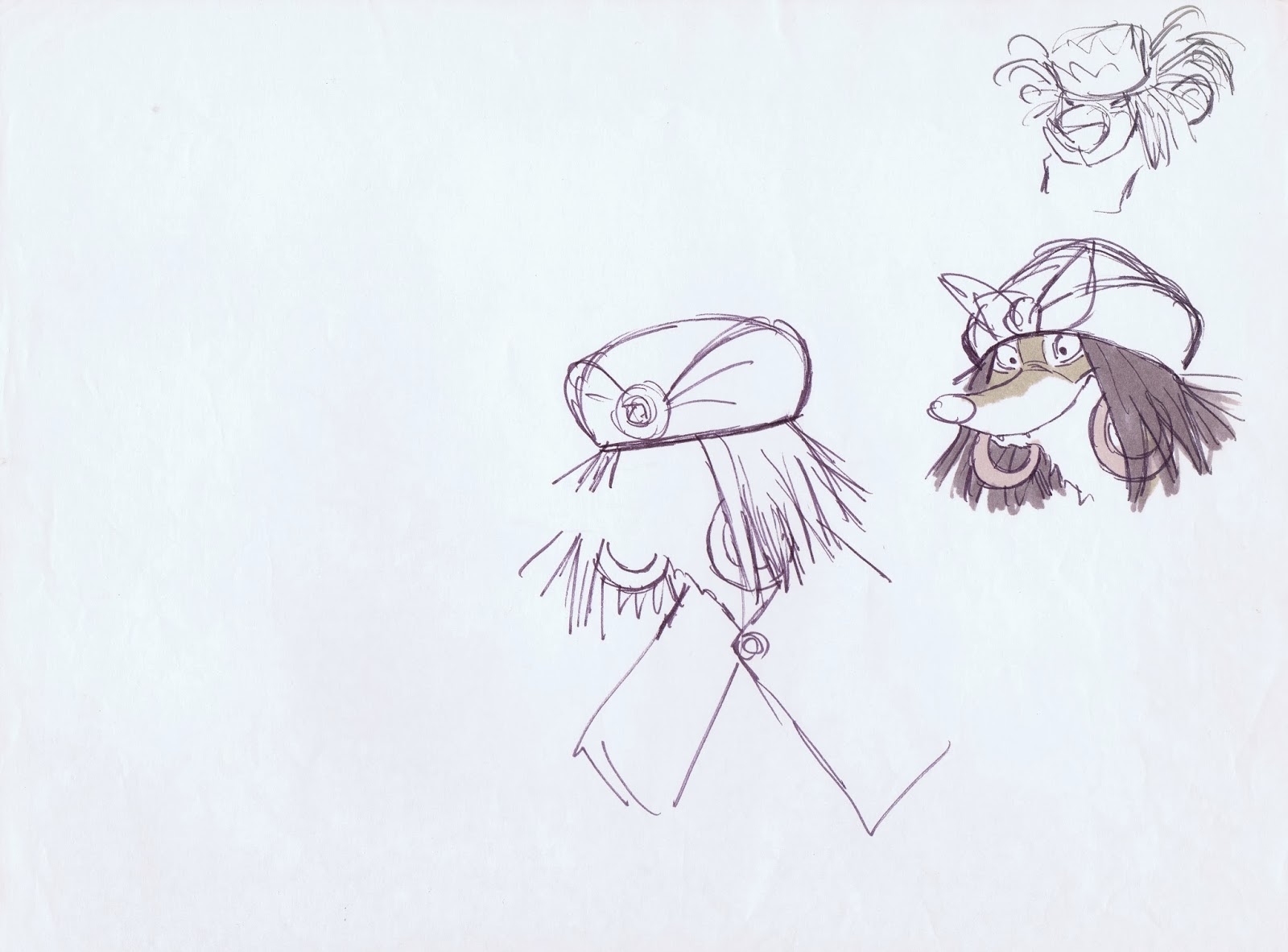 Here is the link to an earlier post about these two characters as gypsies: