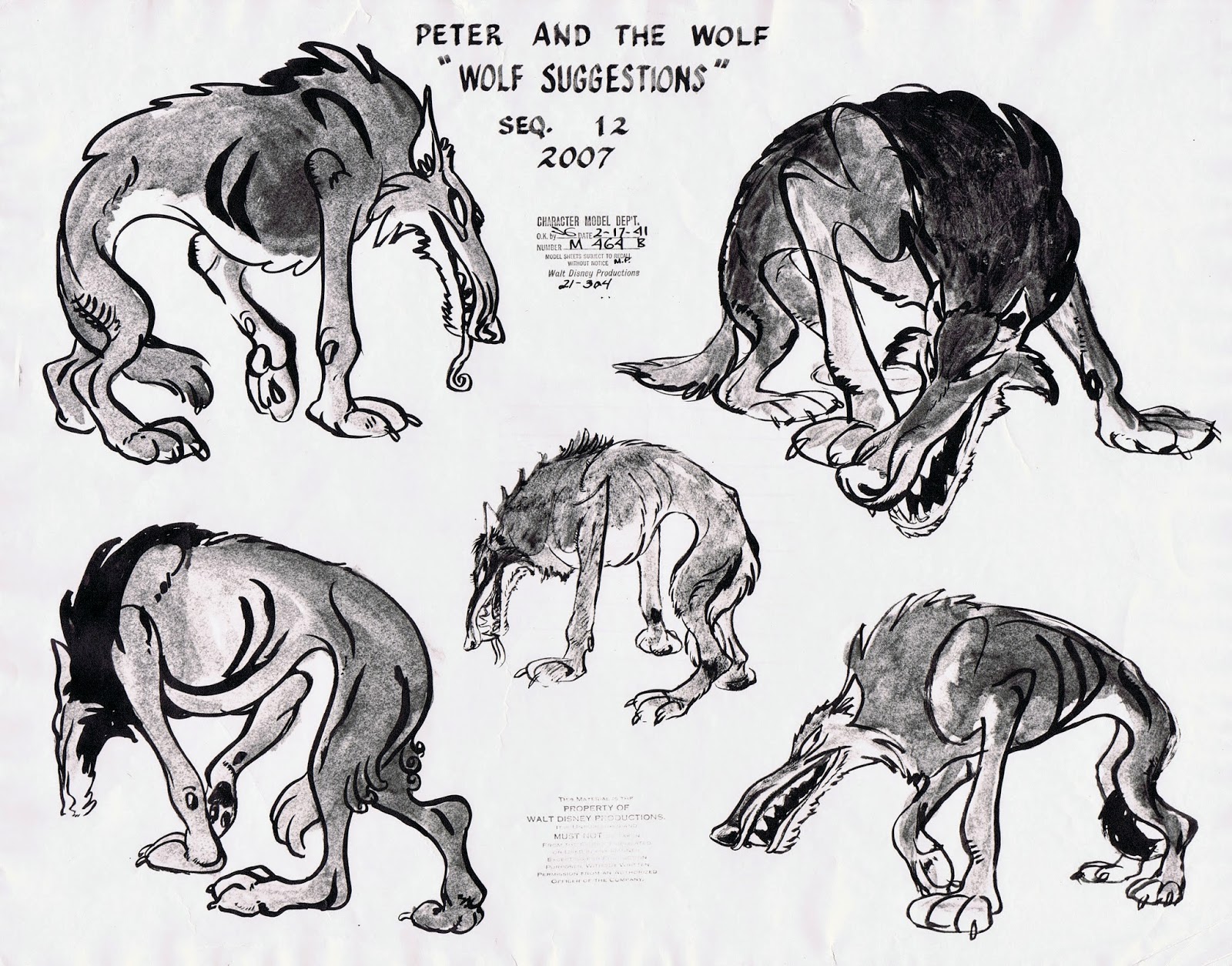 The film Make Mine Music, which includes the short “Peter & the Wolf”, wasn’t released until 1946, but this model sheet dates all the way back to February of 1941.
I love these drawings (a lot)! Who would ever think of caricaturing a wolf like this? With a very long snout and overly articulated anatomy. This artist could draw and had a flair for cartooning. Look at the exaggerated perspective, so eerie, just fantastic! I would guess that Disney story artist/ designer James Bodrero came up with these concept sketches, but I am not sure.
The rough layout poses below maintain the scary, creepy quailties from the model sheet. 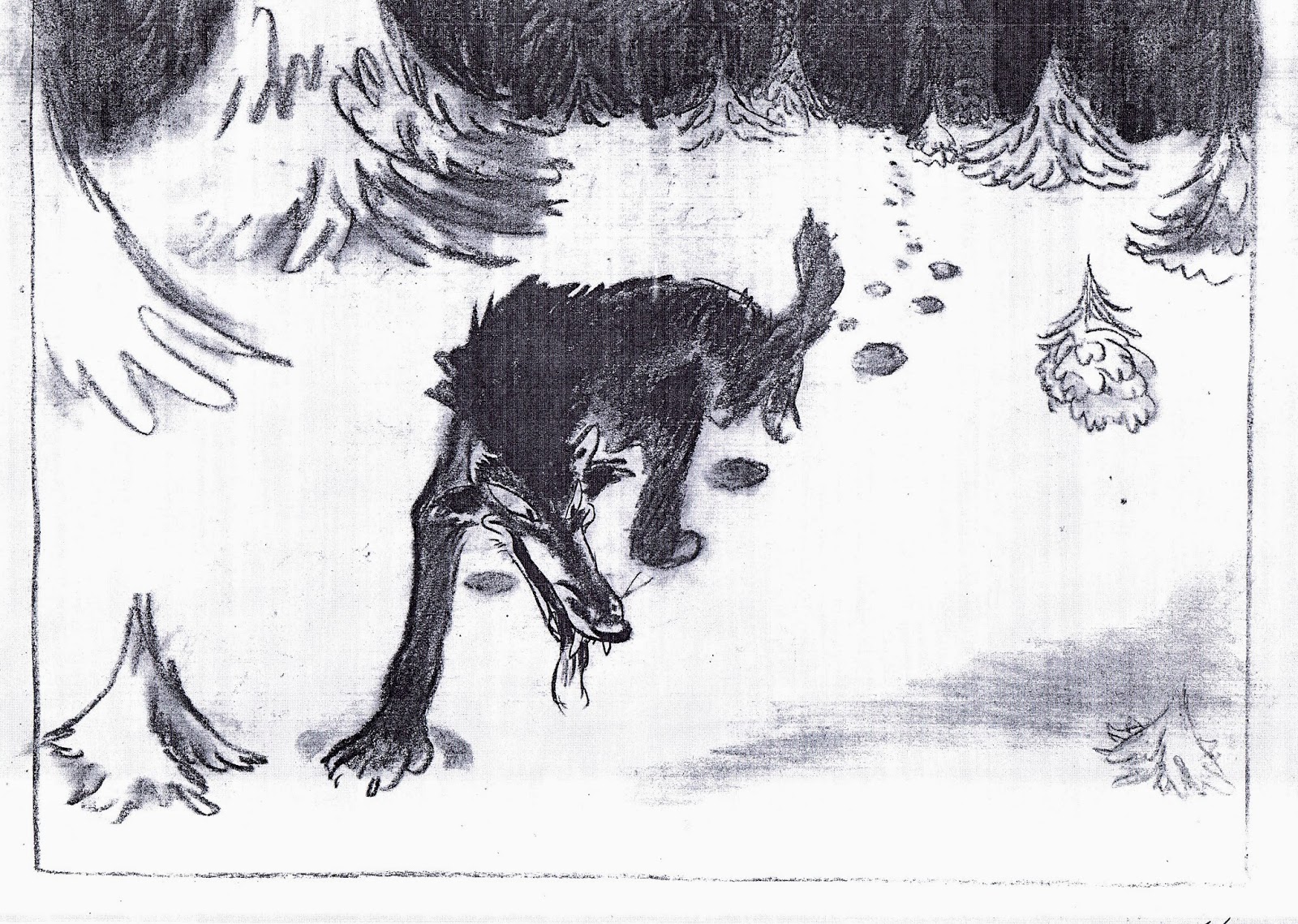 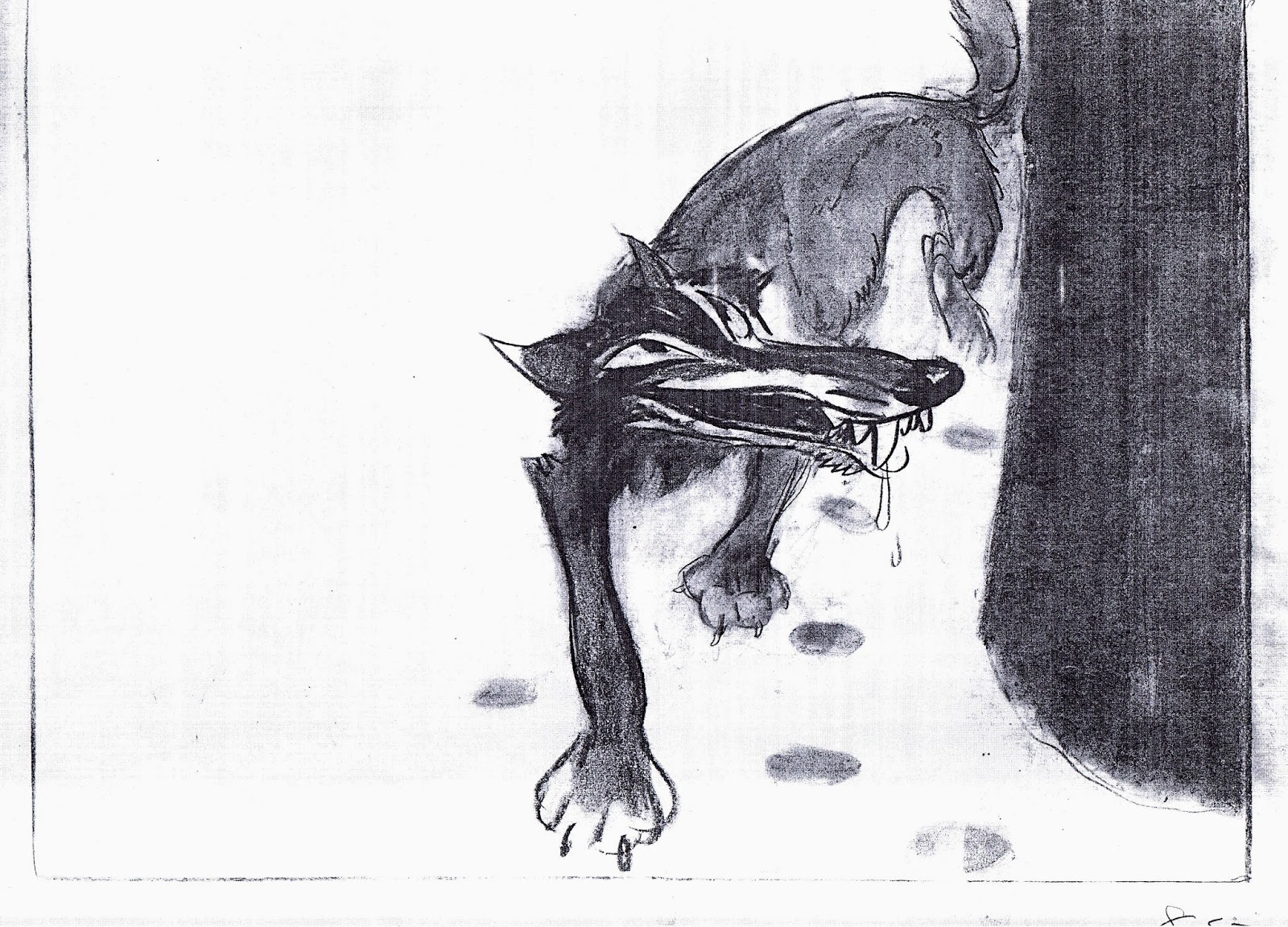 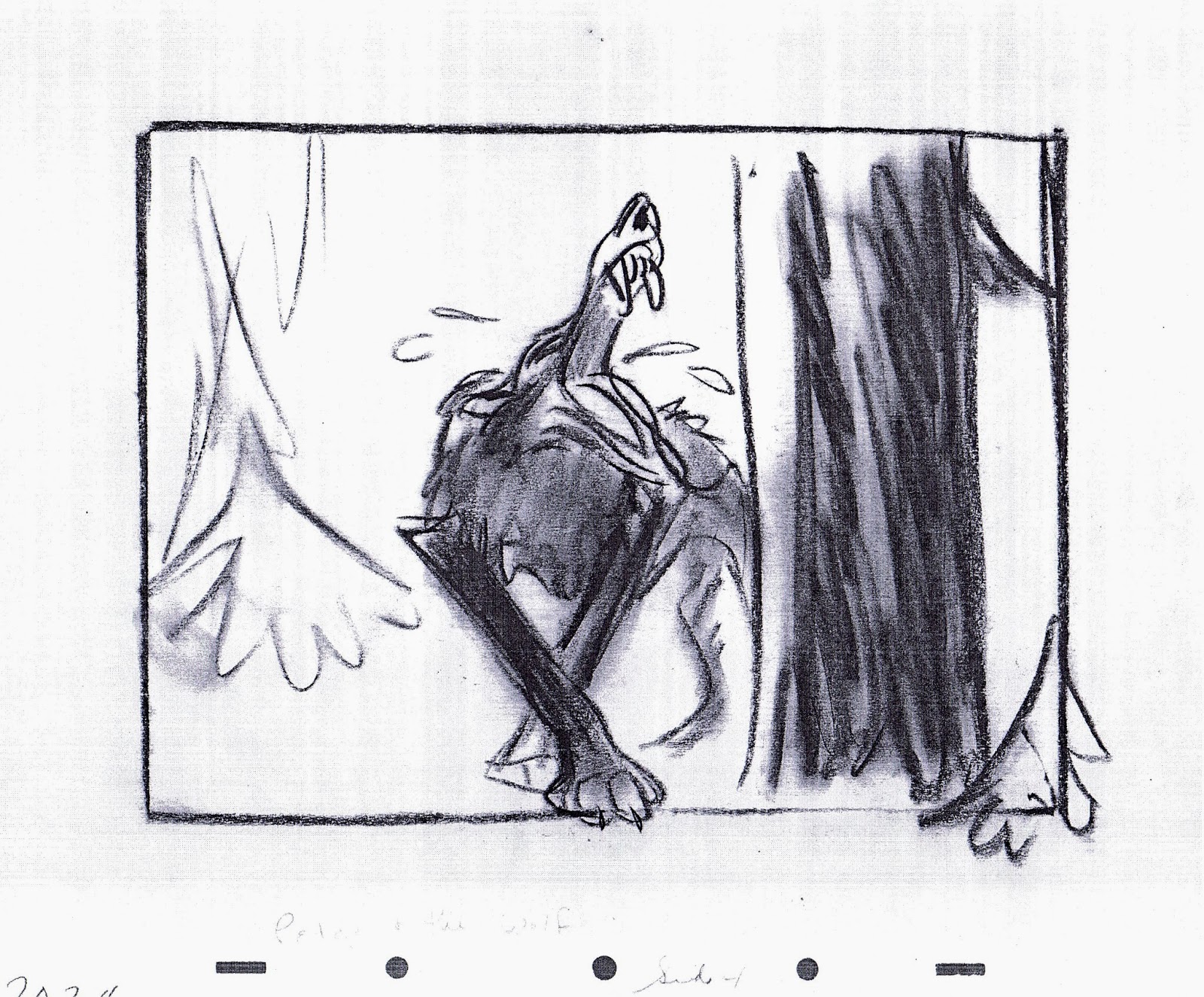 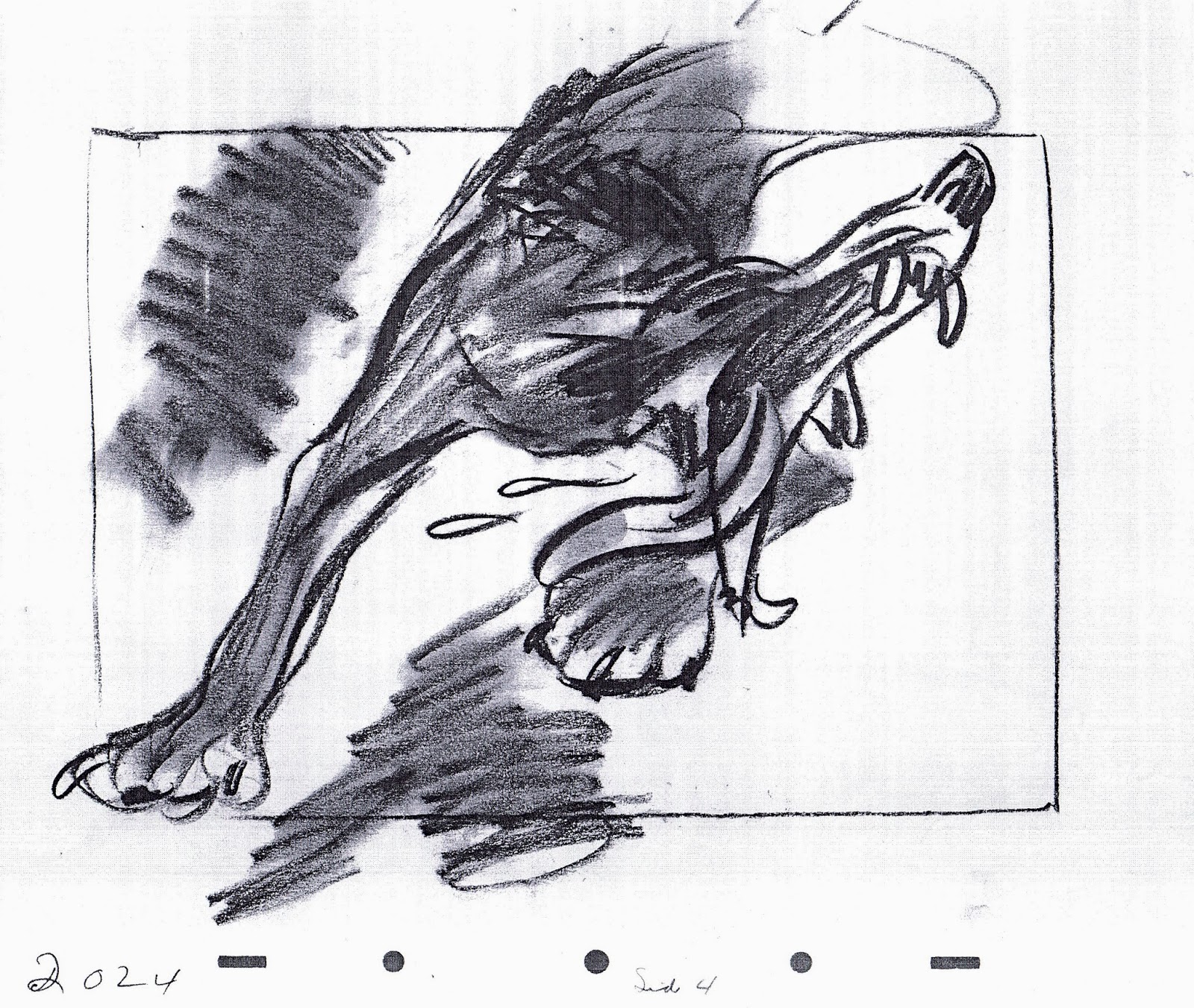 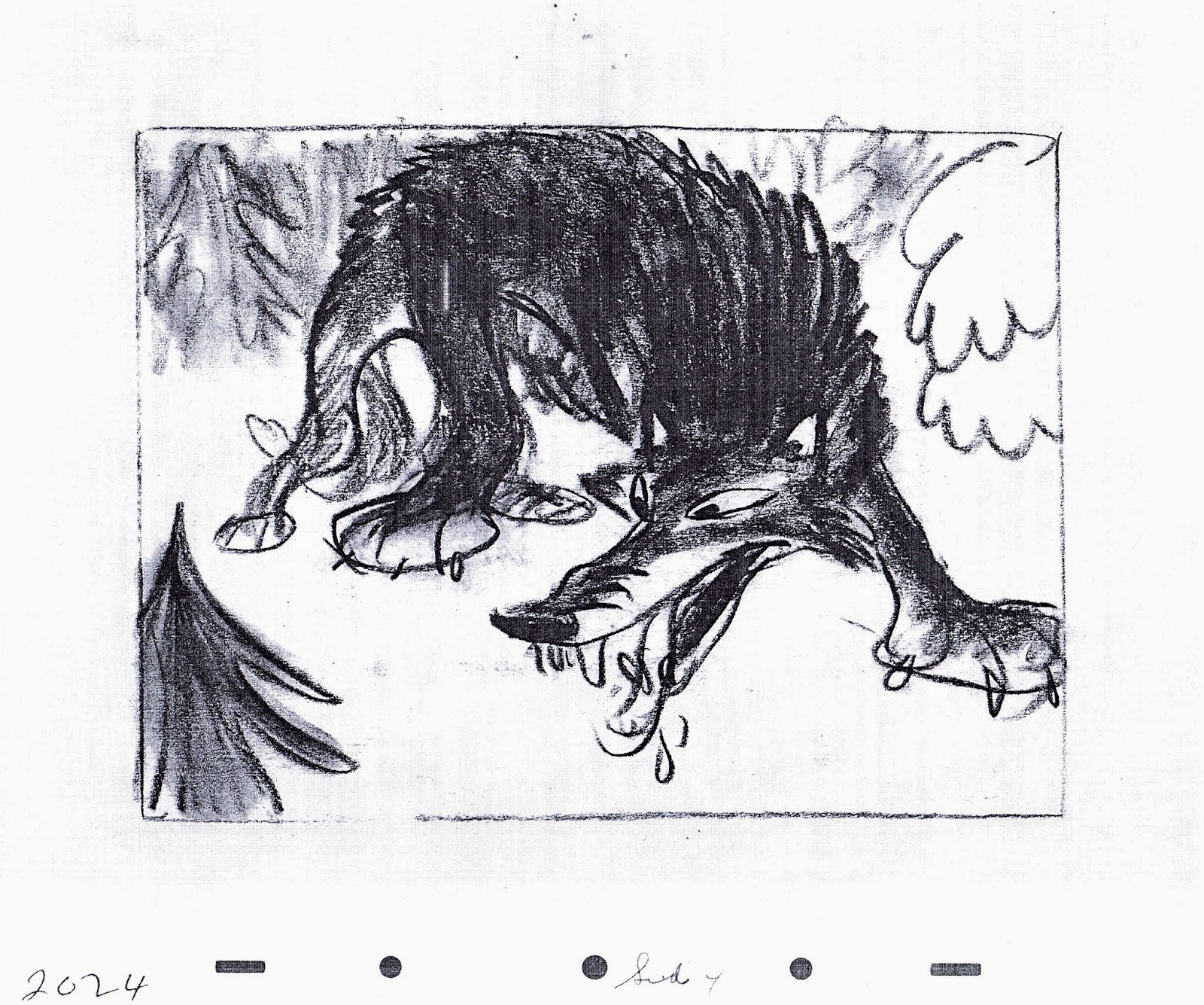 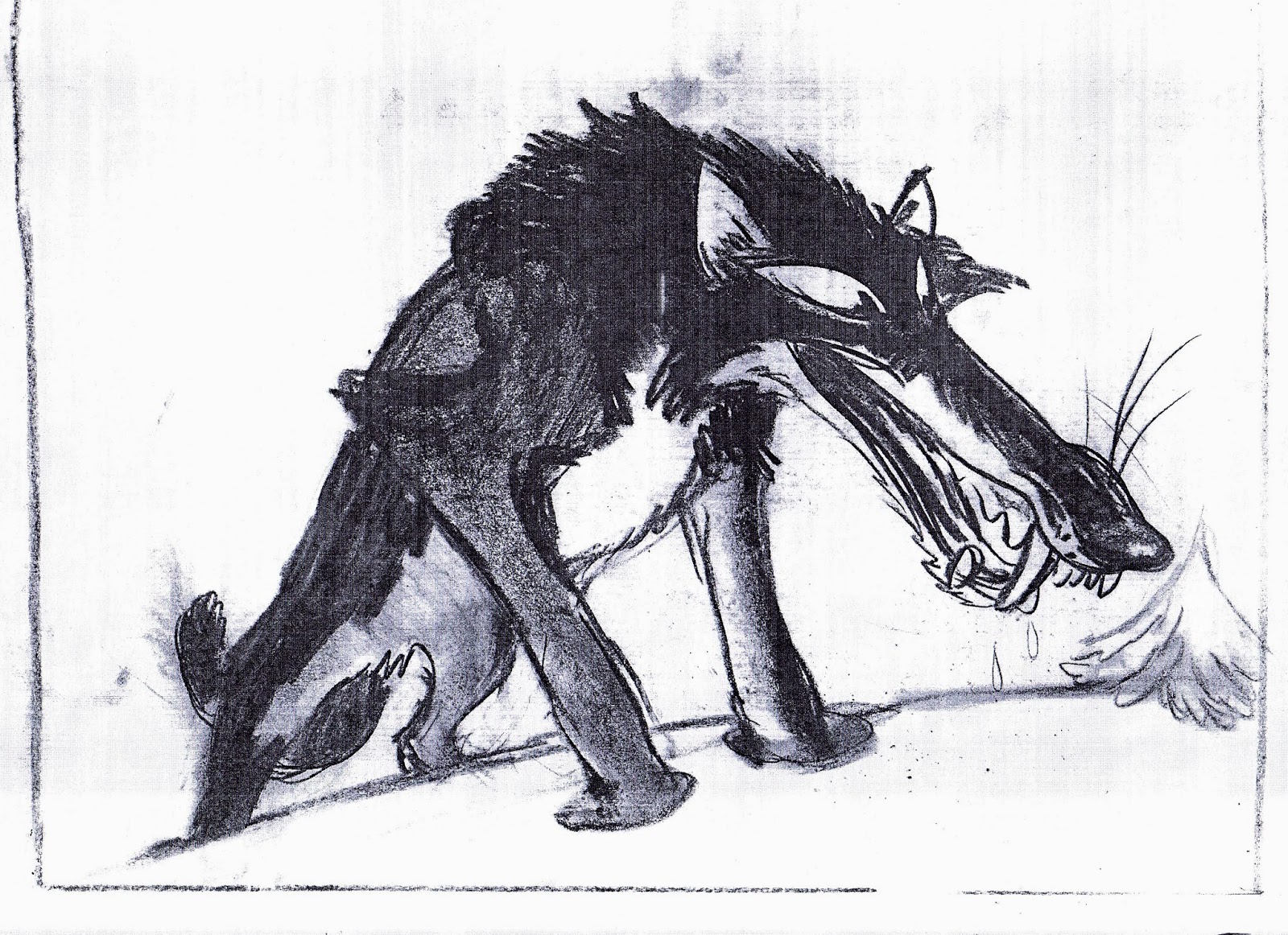 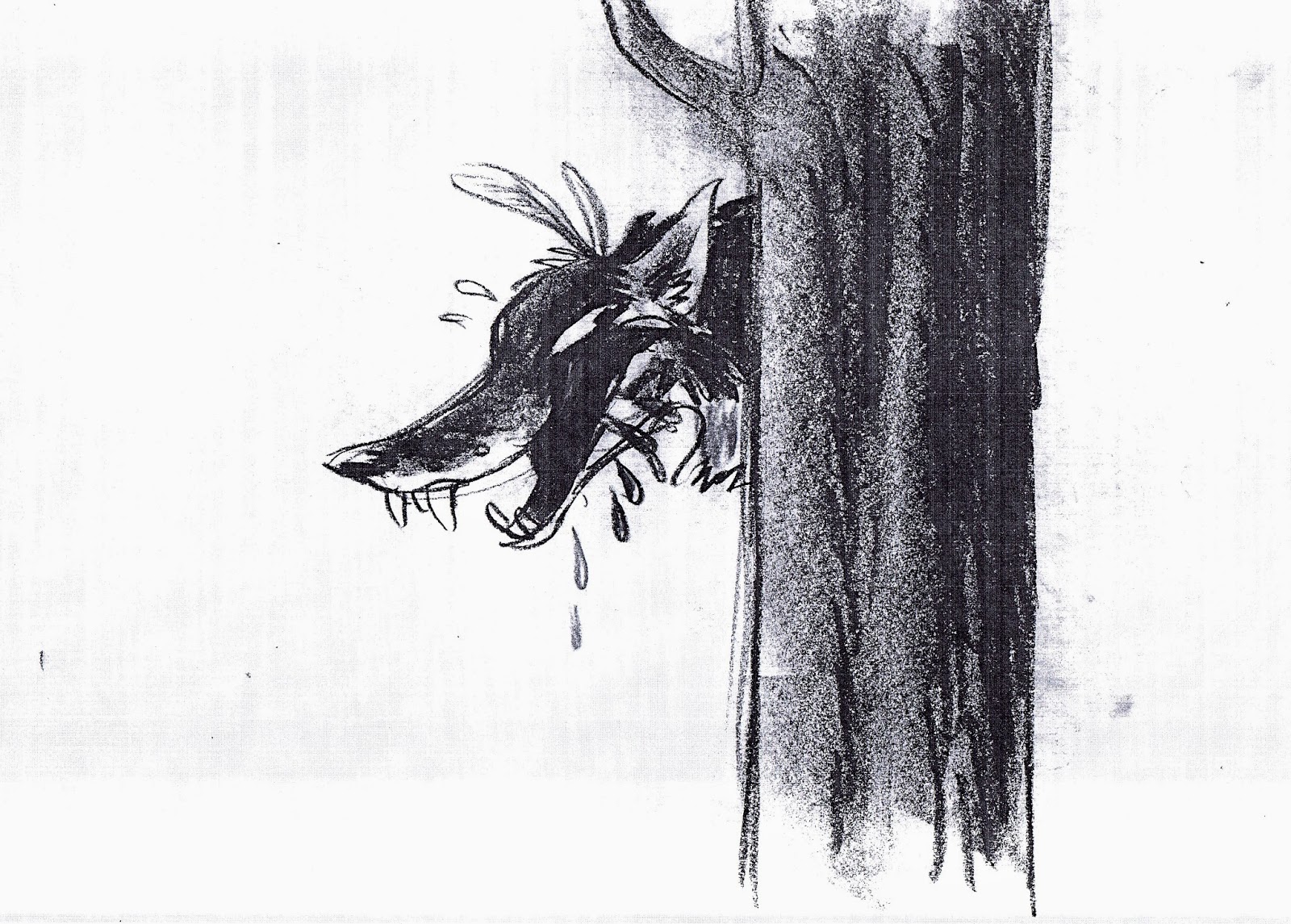 The final cel-painted version comes close to the earlier concept, but looses some of its power due to the clean lines defining the character. 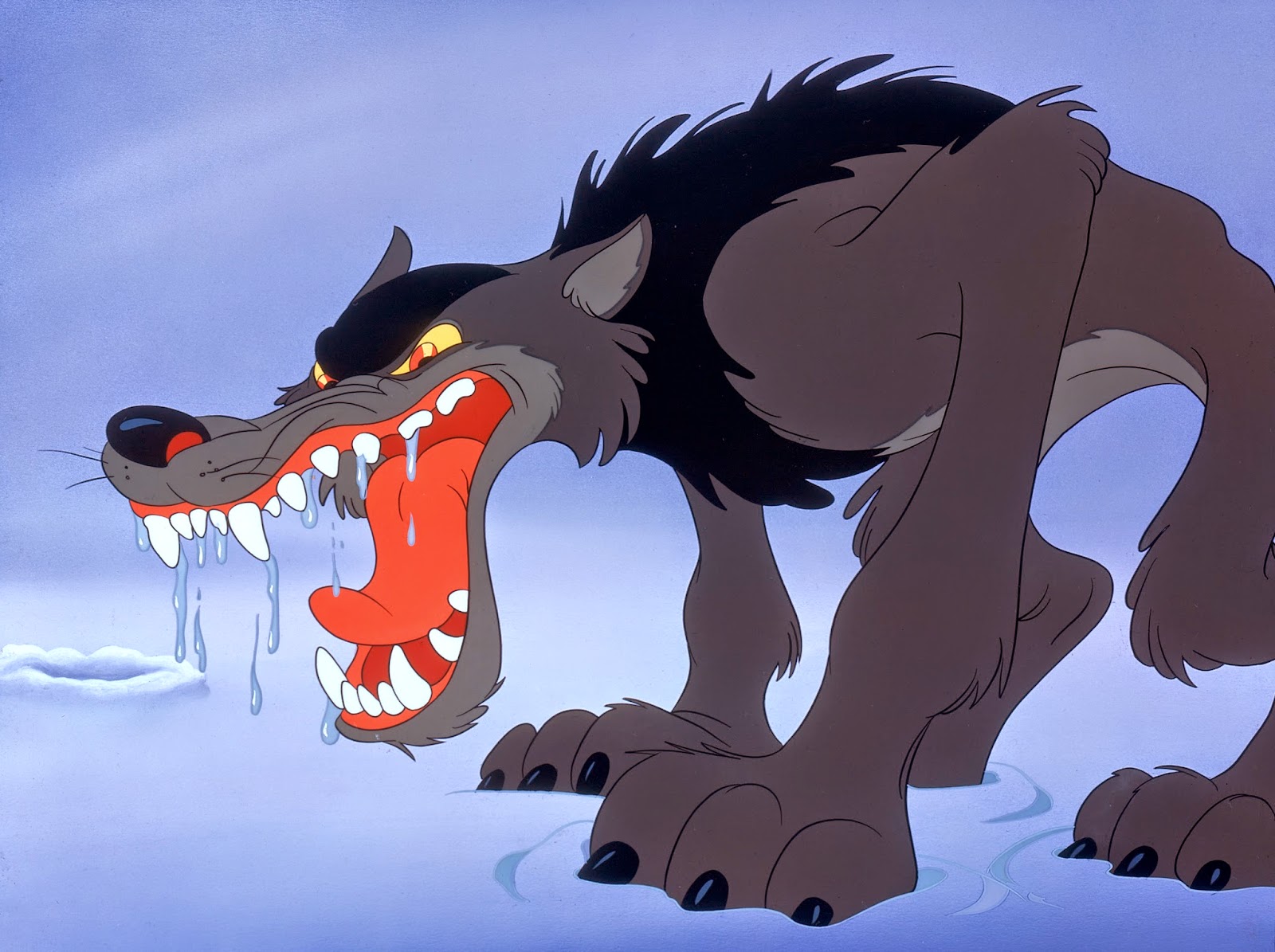