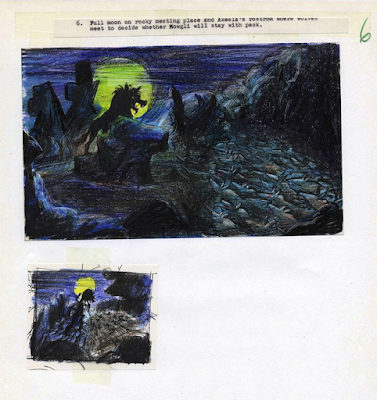 I really don't know who drew these small thumbnail sketches for The Jungle Book. They might have been done for the original, darker story treatment, based on Bill Peet's concepts. The rhino Rocky shows up in one of the images, a character Milt Kahl was about to start animation on, before Walt suggested to remove Rocky from the film.
It is interesting to see how certain situations were either restaged or entirely cut from the final version while others reflect scenes we know from the movie.
These original pages were offered at auction a while ago, I kept scans of some of the sketches.
Beautiful stuff! 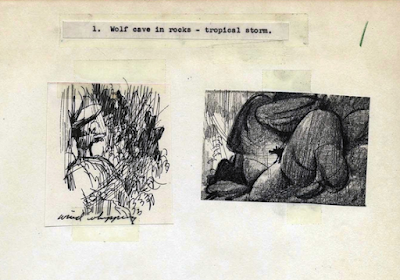 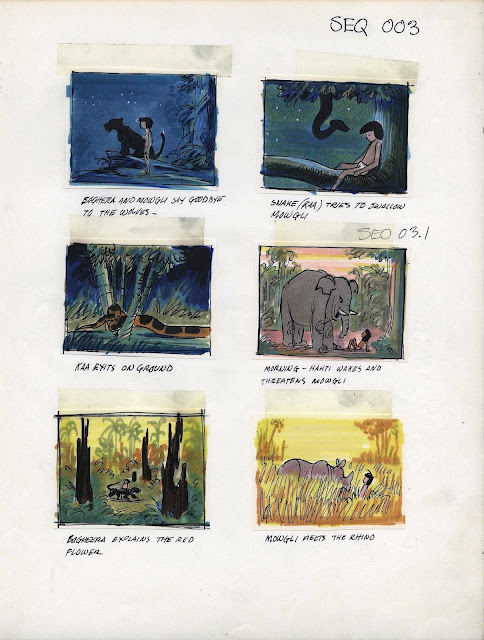 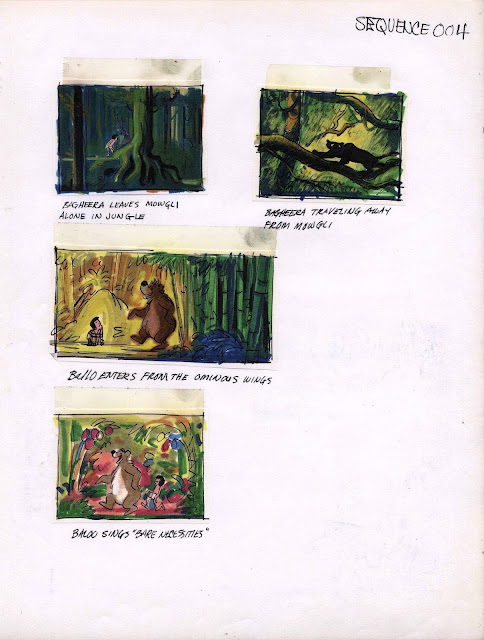 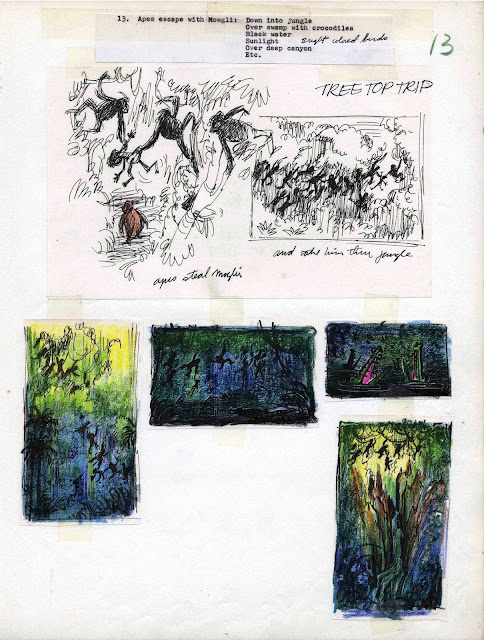 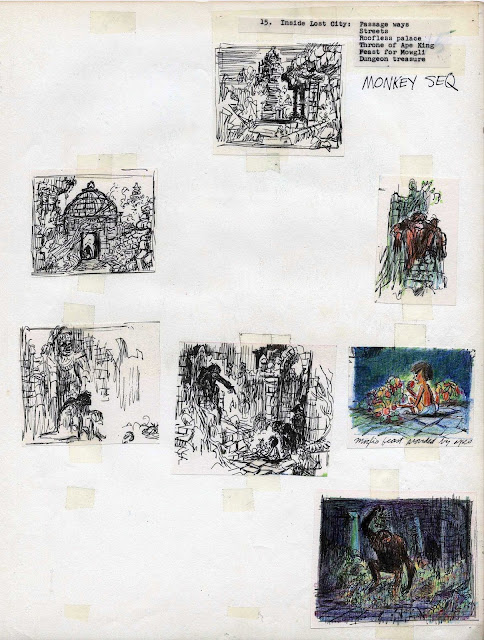 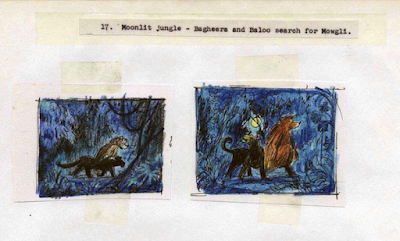 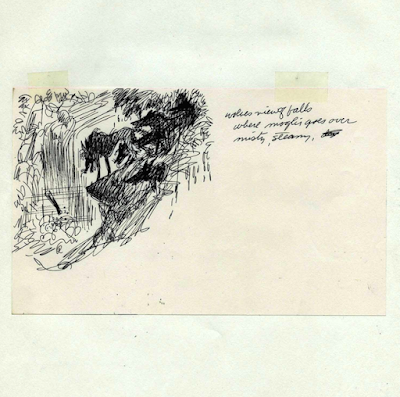 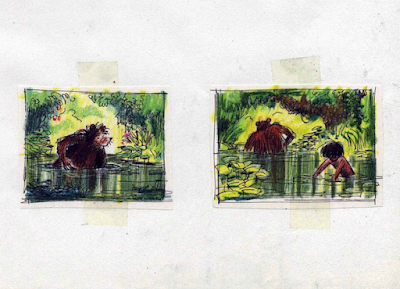 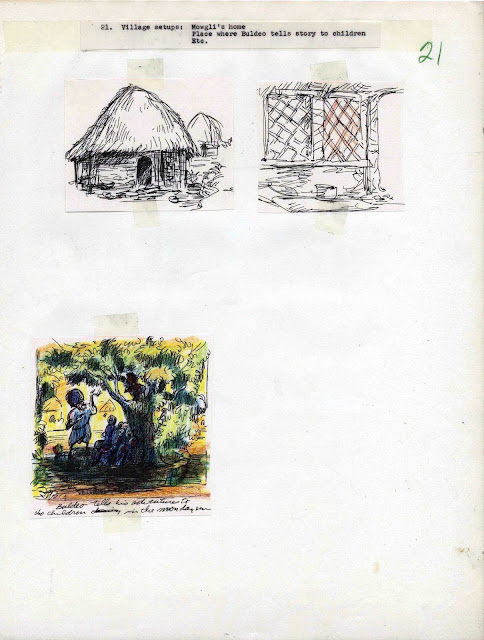