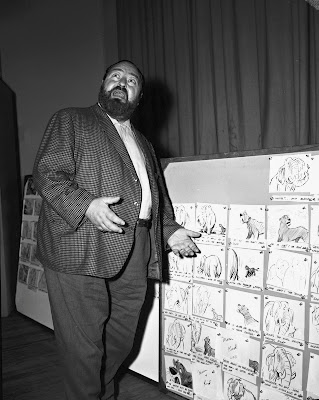 That's character actor Sebastian Cabot in the photo, standing in front of story sketches by Vance Gerry.
Cabot voiced the black panther Bagheera in The Jungle Book. And beautifully so!
Bagheera is one of my favorite animated characters, for three reasons:
-I love his ernest personality, which strongly contrasts Baloo, who just wants to have a good time.
-The way Milt Kahl designed him with an ultimate economy of lines. Pure feline elegance!
-Most of his personality scenes were animated by Milt ( Bagheera pushing Mowgli up a tree) and Ollie Johnston (the night time conversation between the panther and Baloo about how to get Mowgli back to the man village).

Bagheera is like your dad, always sensible and concerned, while Baloo is like your crazy uncle. It is obvious why Mowgli wants to hang out with the bear.

Bill Peet scribbled these terrific early character concepts, before eventually leaving not only the project, but the studio. 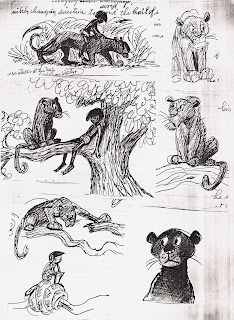 Story artist Vance Gerry continued working on sequences that involved Bagheera.
Here are a couple of his story sketches.

Milt Kahl researches design possibilities that would work with Sebastian Cabot's voice recordings.
At one point Bagheera apparently had colored pupils, and his upper jawline was defined. The final design doesn't show that jaw/ cheek line. As I said, simplified to perfection. 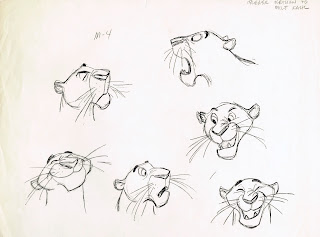 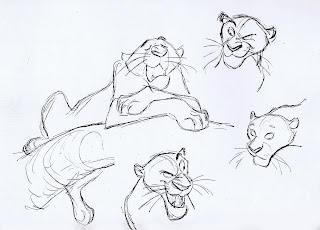 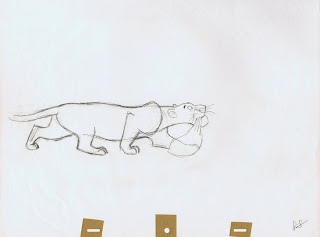 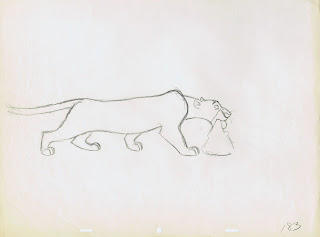 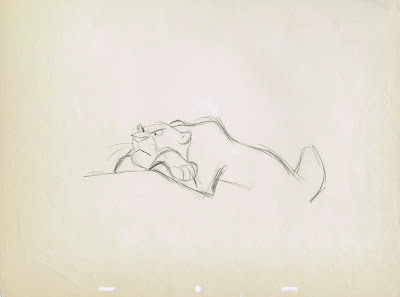 After Baloo got Mowgli into trouble, he screams for help. This rough Kahl scene represents Bagheera's initial reaction: "Well, it happened!"
Simple, full of personality, gorgeously drawn and animated! 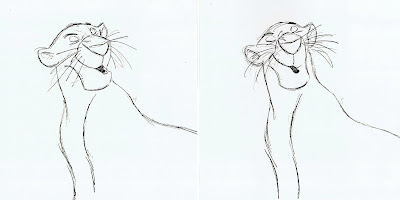 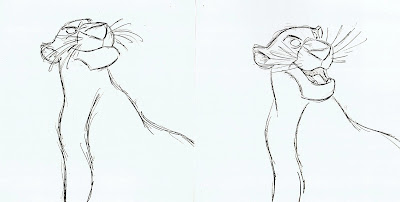 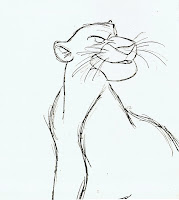