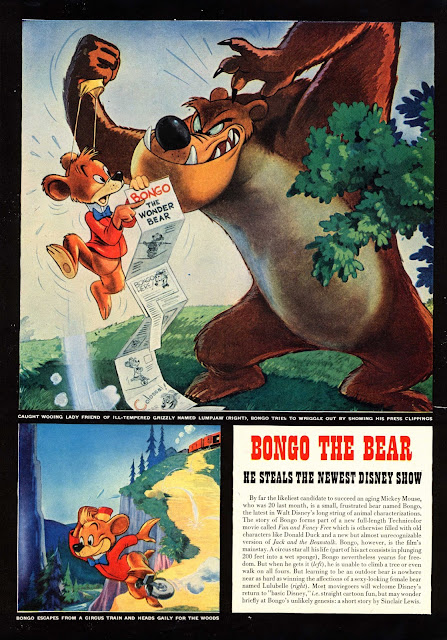 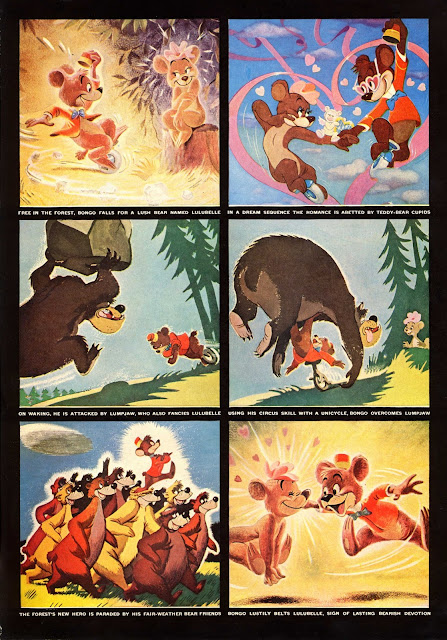 I have never been a big fan of Disney's film Bongo, which is a part of the 1947 feature film Fun and Fancy Free. (I remember Ward Kimball commenting: "Now, what kind of a title is THAT?")
The first part of the film's story seems ok, a circus bear running away in pursuit of freedom and adventures. But the second part is weird. After being smitten by a female bear called Lulubelle, Bongo runs into a bunch of other bears who show their affection toward each other by smacking the other one's face.
The film's backgrounds are beautiful, I wished I could say the same about the character animation. It is surprising to find out about the credits: Supervising animators were Ward Kimball, Les Clark and Fred Moore. Other names listed under character animation are Art Babbitt and Marc Davis.
I have seen the film several times over the years, and to me the animation looks pedestrian for a Disney product. No scenes stand out as inspired or truly personality defining. 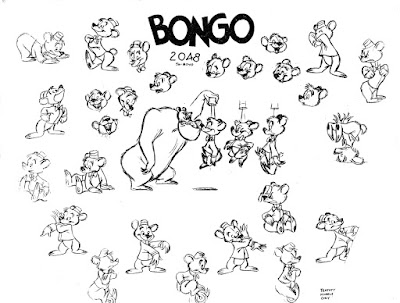 When I was a kid I had a Bongo storybook, and I loved the artwork in it. Still do. Most of the promotional material associated with the film is lovely, it's just that the movie itself falls a bit short. 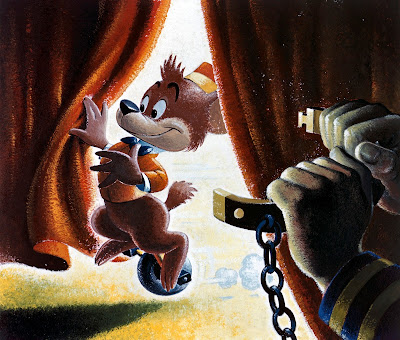 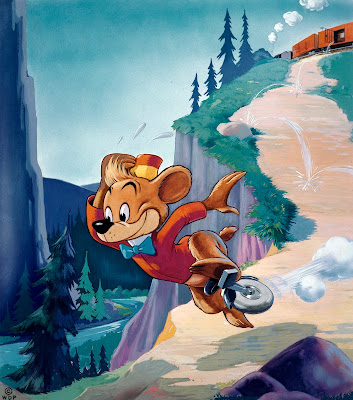 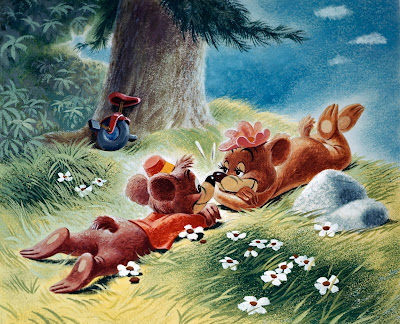