Everybody was in awe of Bill Tytla, when he was at Disney.
Ollie Johnston said: " During that time the studio had one artistic breakthrough after another.
We saw what Tytla was doing with Stromboli and thought, what a great medium this is. At this rate, who knows what Disney Animation will  do in a few years? Of course after the Golden Age we still did some great stuff, but it was more or less a refinement of what had been done."
Tytla animated "from the inside out". For every scene he did, he lived inside of that character. He drew absolutely beautifully, but bringing out  emotion and personality came first.
Even if that lead to an off model drawing here and there.
Walt had Fred Moore take a look at a few of Tytla's Grumpy scenes in order to punch up the "charm level".  Storyman Bill Peet did the same with some of the early animation of baby Dumbo.
Tytla's animation drawings range from very rough to clean, depending on the mood of his characters. When it came to animating Chernabog though, he knew that he had to draw his anatomy with great detail.  Nobody else at the studio was up to that kind of draughtsmanship and animation.
Milt Kahl was reflecting in the early eighties: "Never again has there been anything as powerful as Tytla's devil."
I am convinced that if Bill Tytla had stayed at Disney, he would have kept stirring animation in different directions.
If you want to read up on his life and art, try to get your hands on the catalogue
of the Tytla exhibit at the Katonah Museum of Art, 1994.
As usual John Canemaker's writing is outstanding.
Also, Michael Sporn blog has tons of extraordinary Tytla material to go through.
Following is a Tytla gallery starting with the rooster from "Cock of the Walk" 1935.
There are many great drawings of Grumpy, you can see in every one of them how involved the animator was with that character.
One of my favorites  is the blue rough drawing of Chernabog, covering his eyes.
The agony from the sound of  church bells and the coming of dawn is so powerfully depicted here in one single sketch. 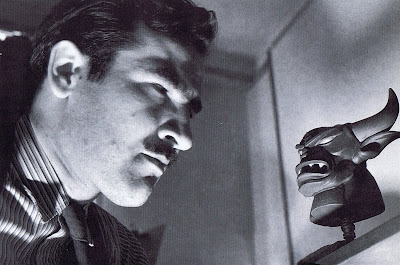 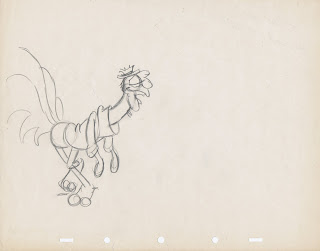 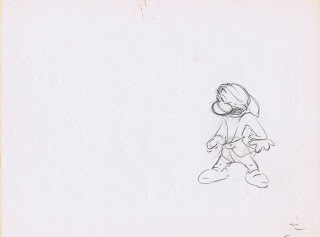 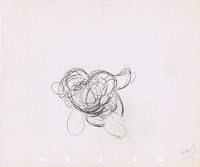 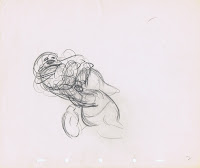 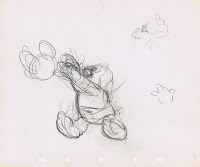 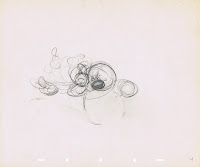 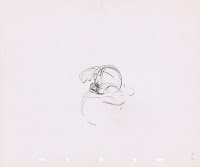 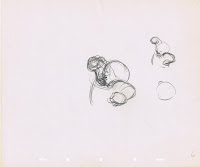 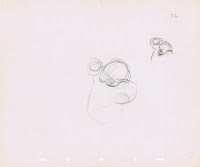 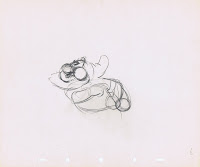 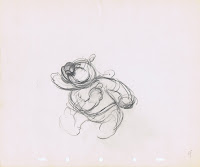 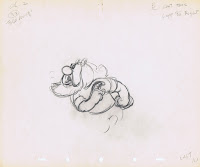 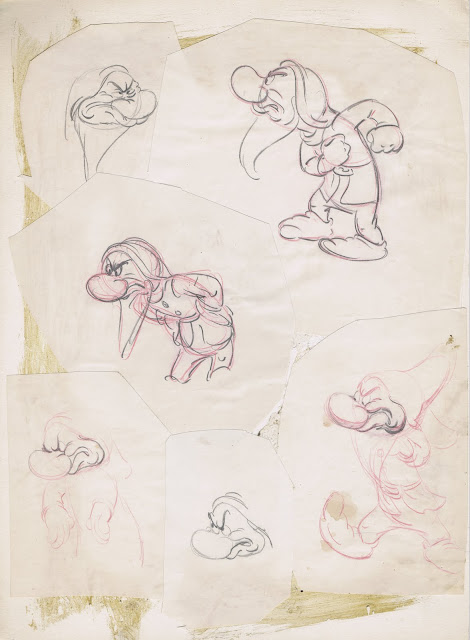 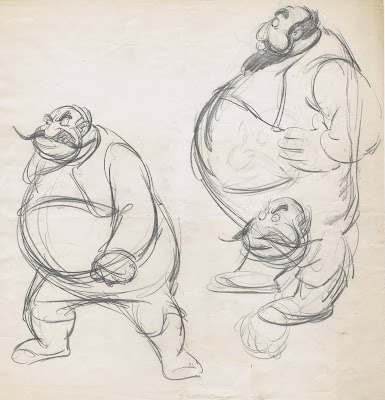 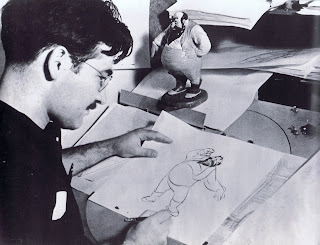 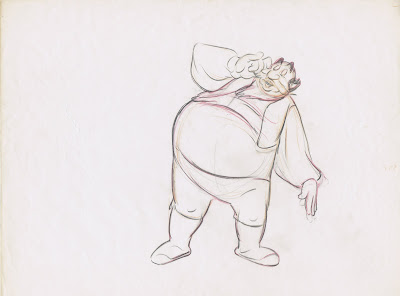 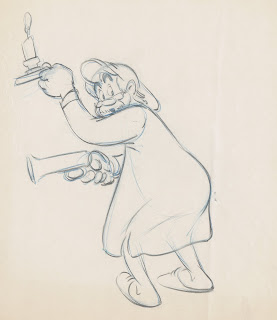 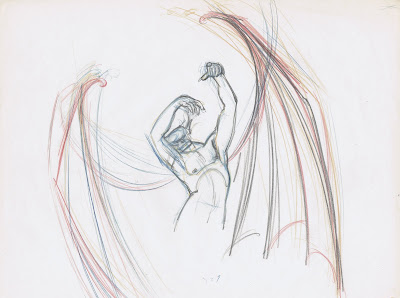 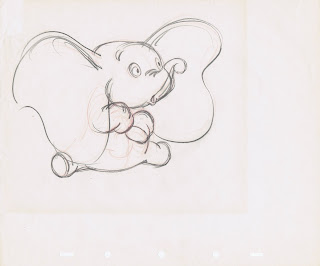