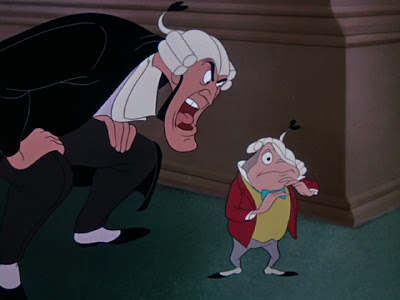 …in the Mr. Toad section from the feature "The Adventures of Ichabod and Mr. Toad" was animated by Ollie Johnston. Here he had the chance to explore a villain type character after having animated mostly endearing protagonists. Ollie gave the Prosecutor sharp timing and interesting theatrical gestures.
Definitely a high point in Johnston animation.

The following drawings are by Milt Kahl. I am guessing that Milt was helping out with design issues and that he went over some of Ollie's work. There is also a possibility that  Milt might have lobbied for this character's assignment, as he would do later with Captain Hook, though unsuccessfully.

In any case, these are very strong drawings, and we have come to expect that from Milt. Even the back view with it's ominous shape has personality. This stuff is still so inspiring!
For this film Milt animated scenes with MacBadger, Rat and Mole. I will post some of those roughs soon. 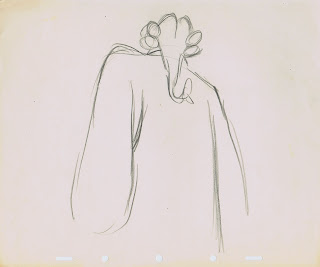 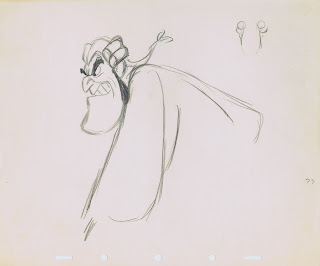 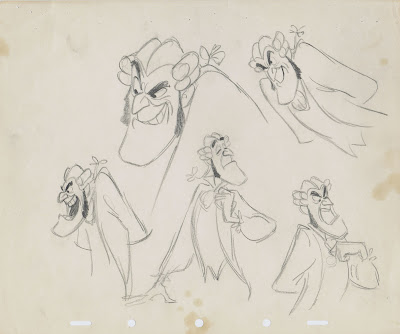 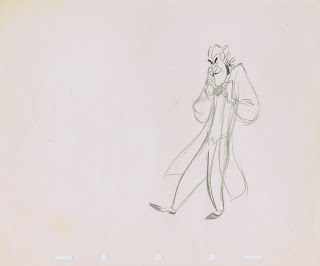 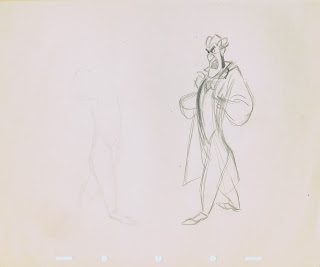 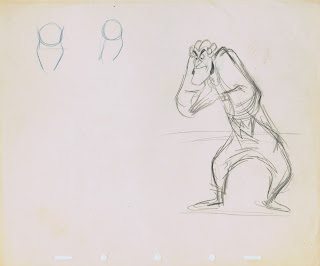