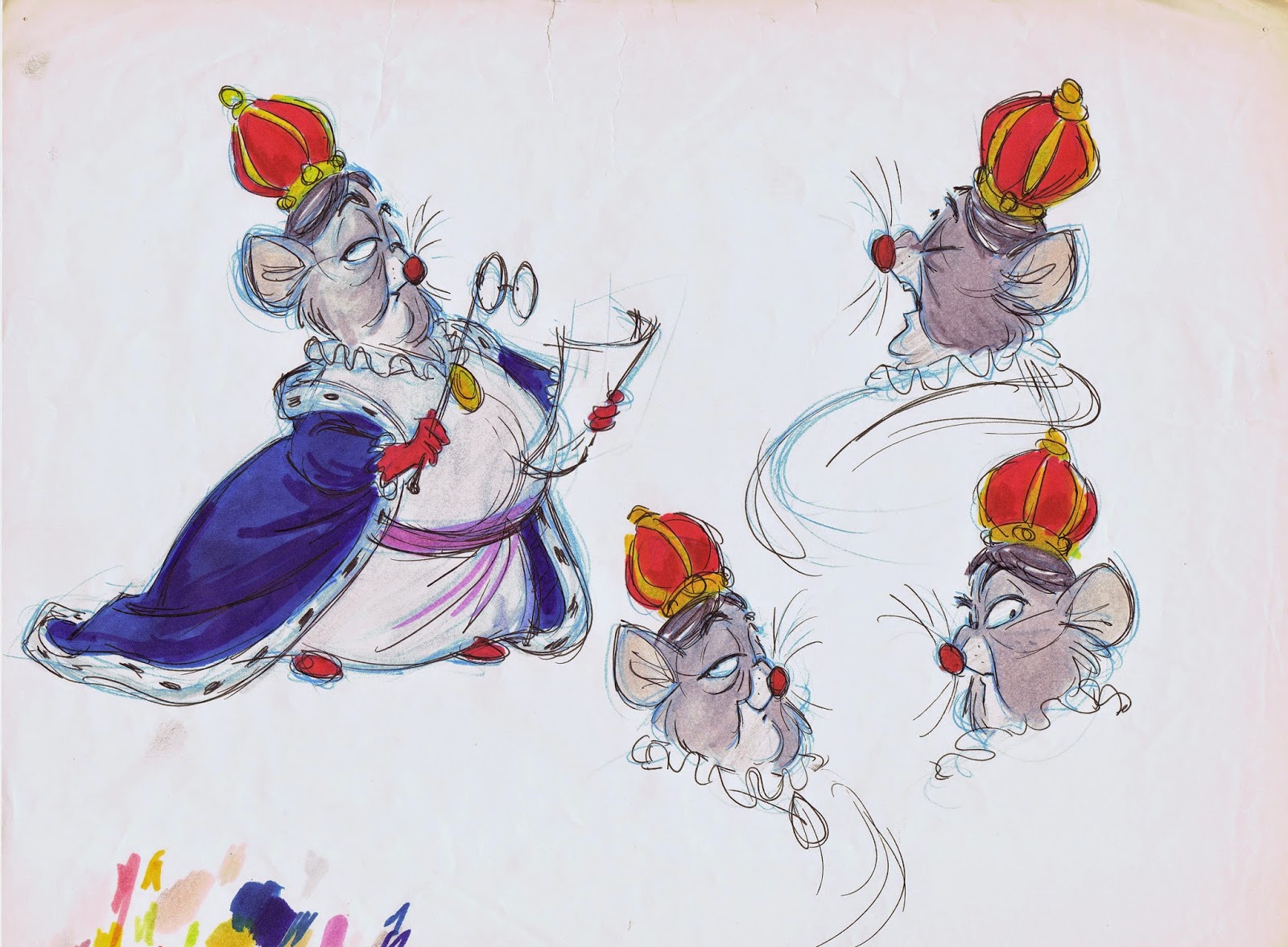 As I am trying to organize my studio space, I came across a few things from my Disney past.
The sketches above are character designs for Queen Moustoria from the 1986 film The Great Mouse Detective. I tried to model her after Queen Victoria. Looking at the drawings now, decades later, I think they are not great, but not half bad either.

These are dog studies for Oliver & Company. Most of them were drawn from life at the studio, the first sheet with motion continuity was drawn from video footage. I have always loved this early stage of production, just doing research. In the end I didn’t do much animation on the film, I think just a handful of my scenes ended up in the movie. This was a time when Roger Rabbit was taking shape in London, and I switched over to that production. 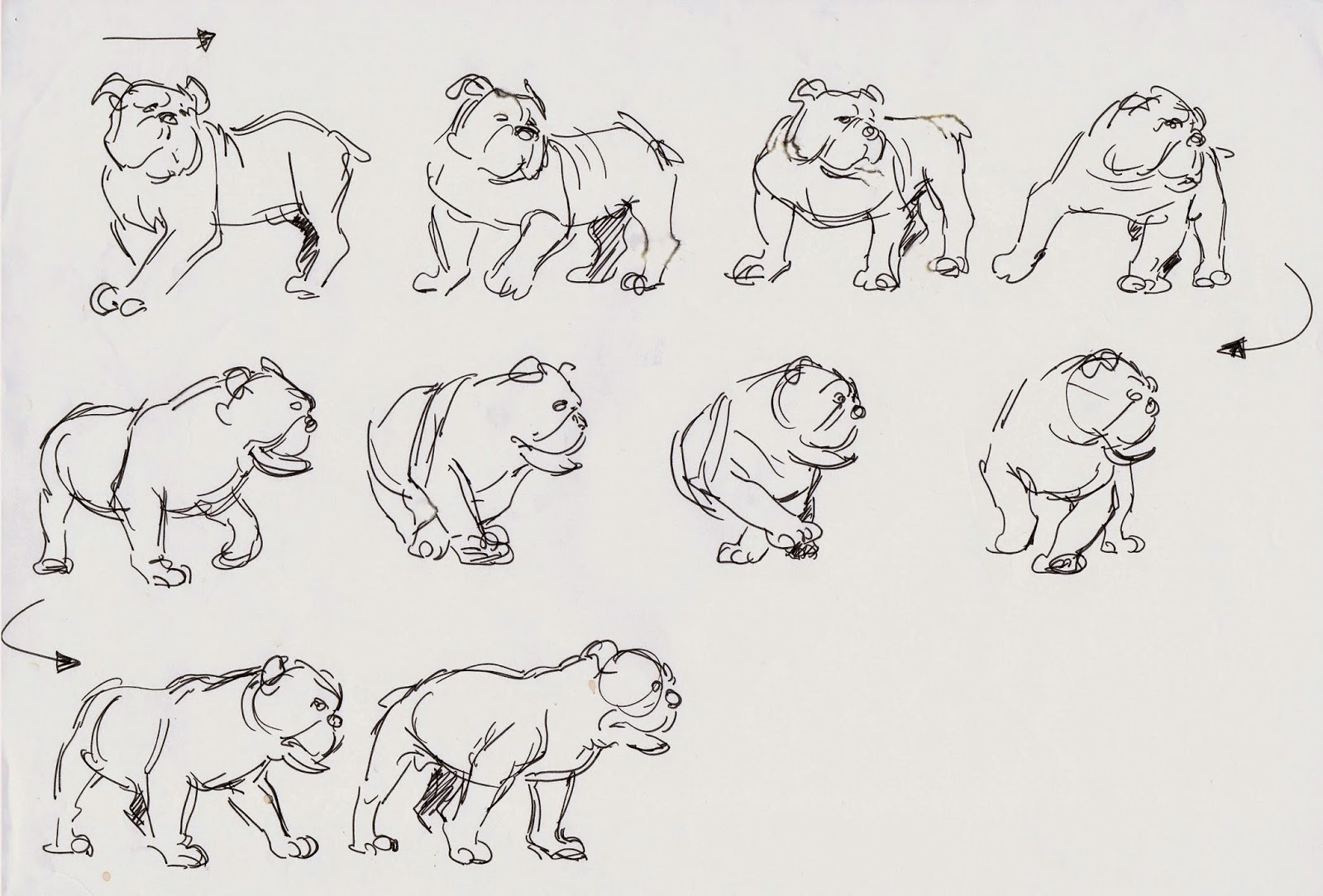 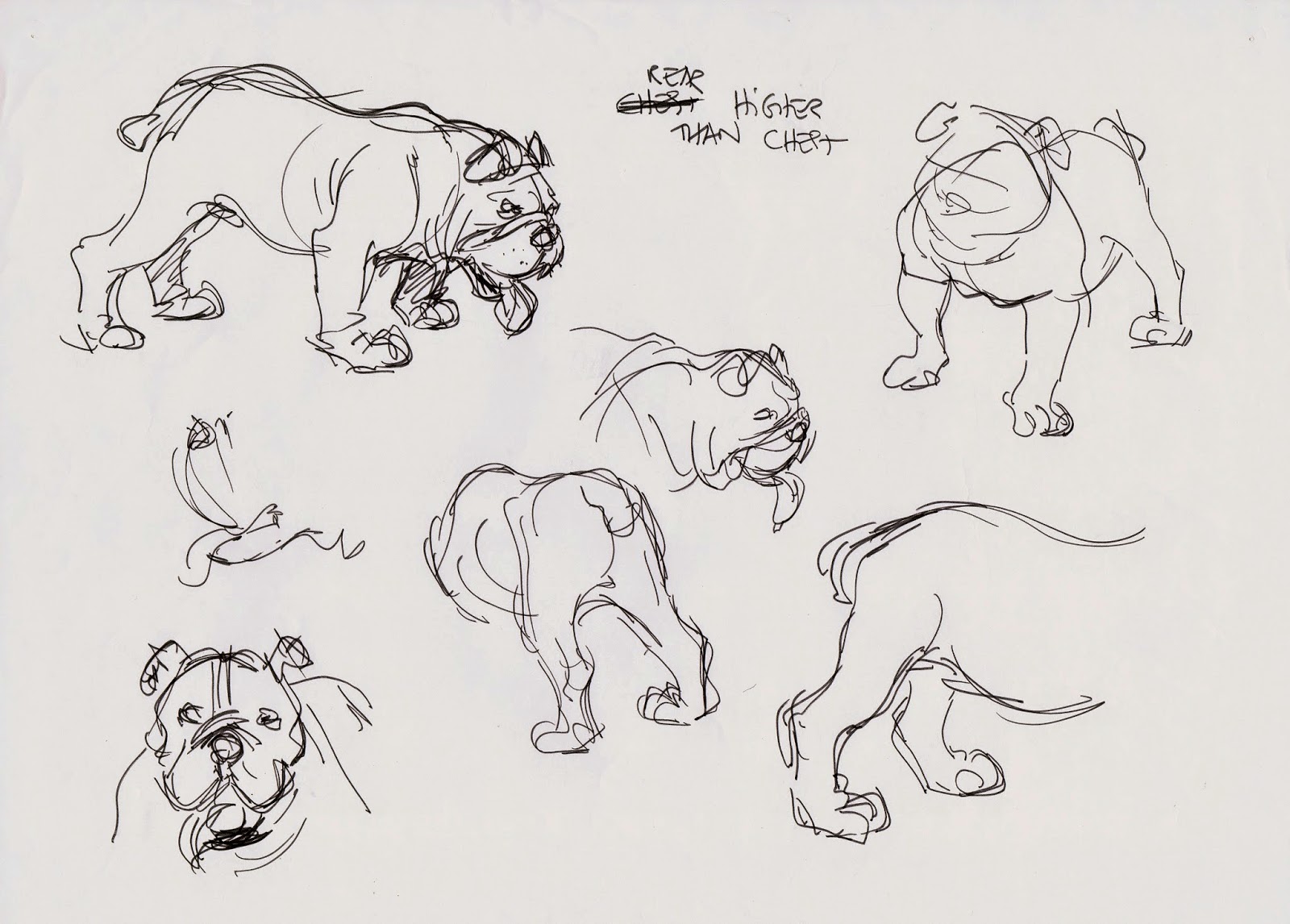 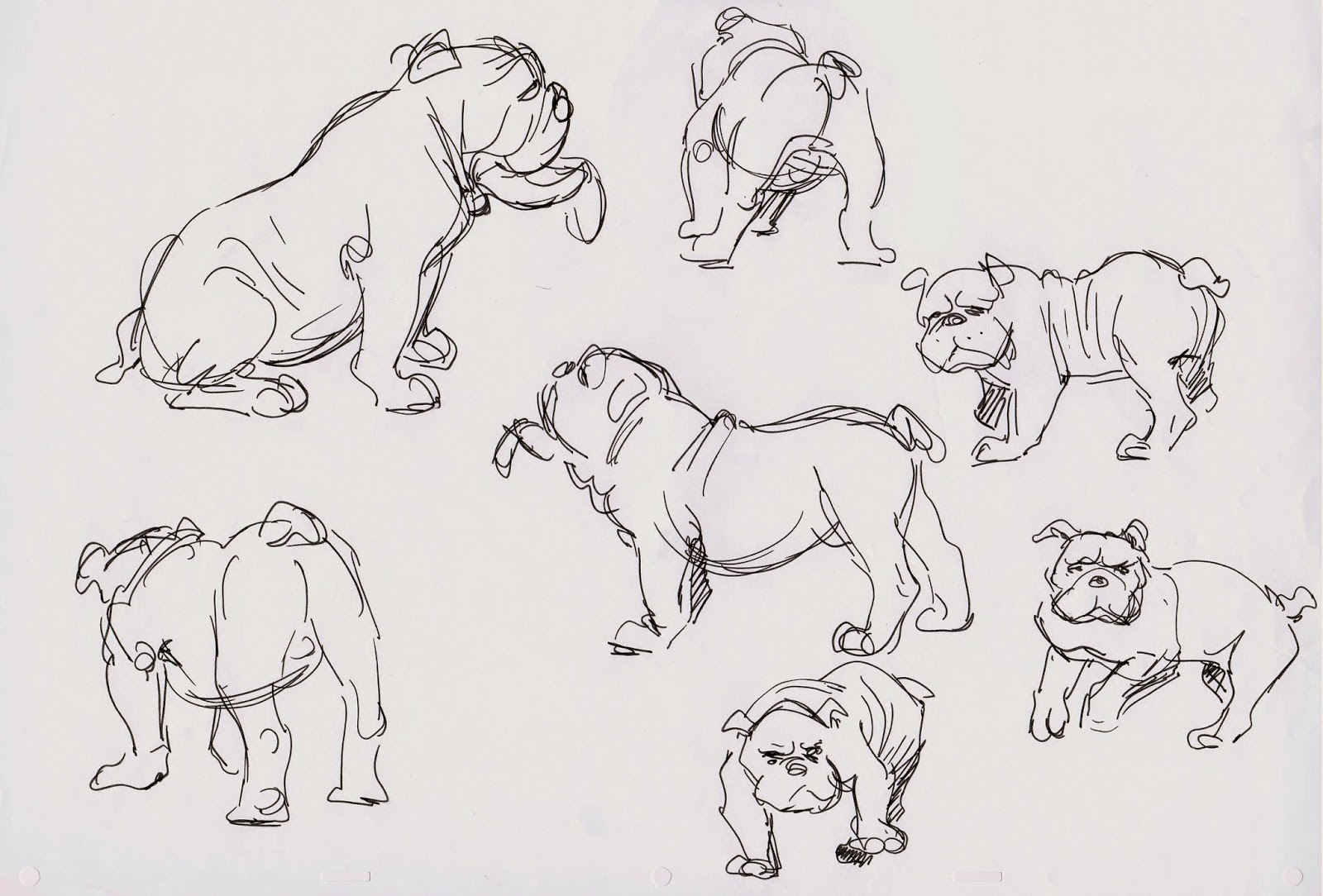 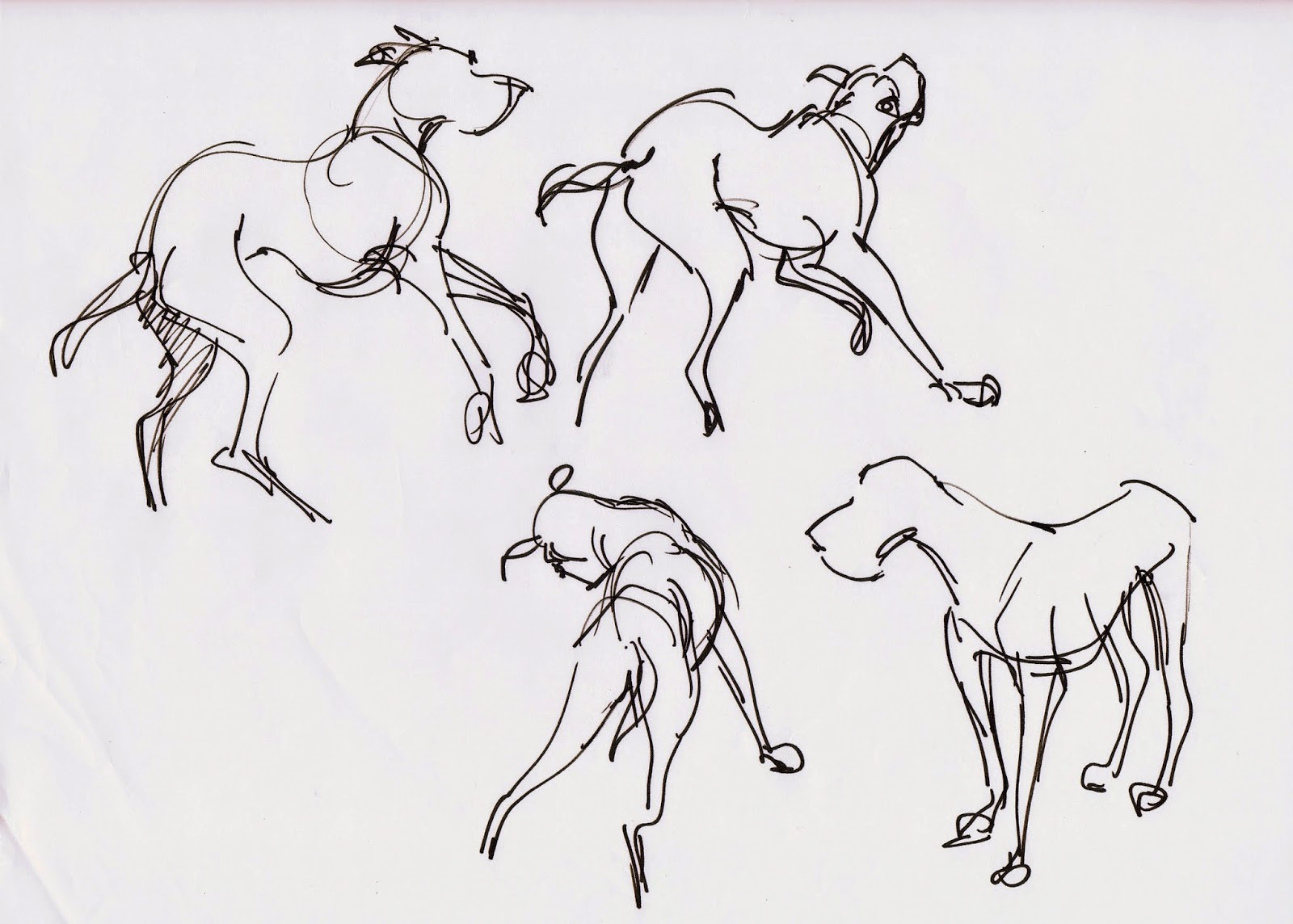 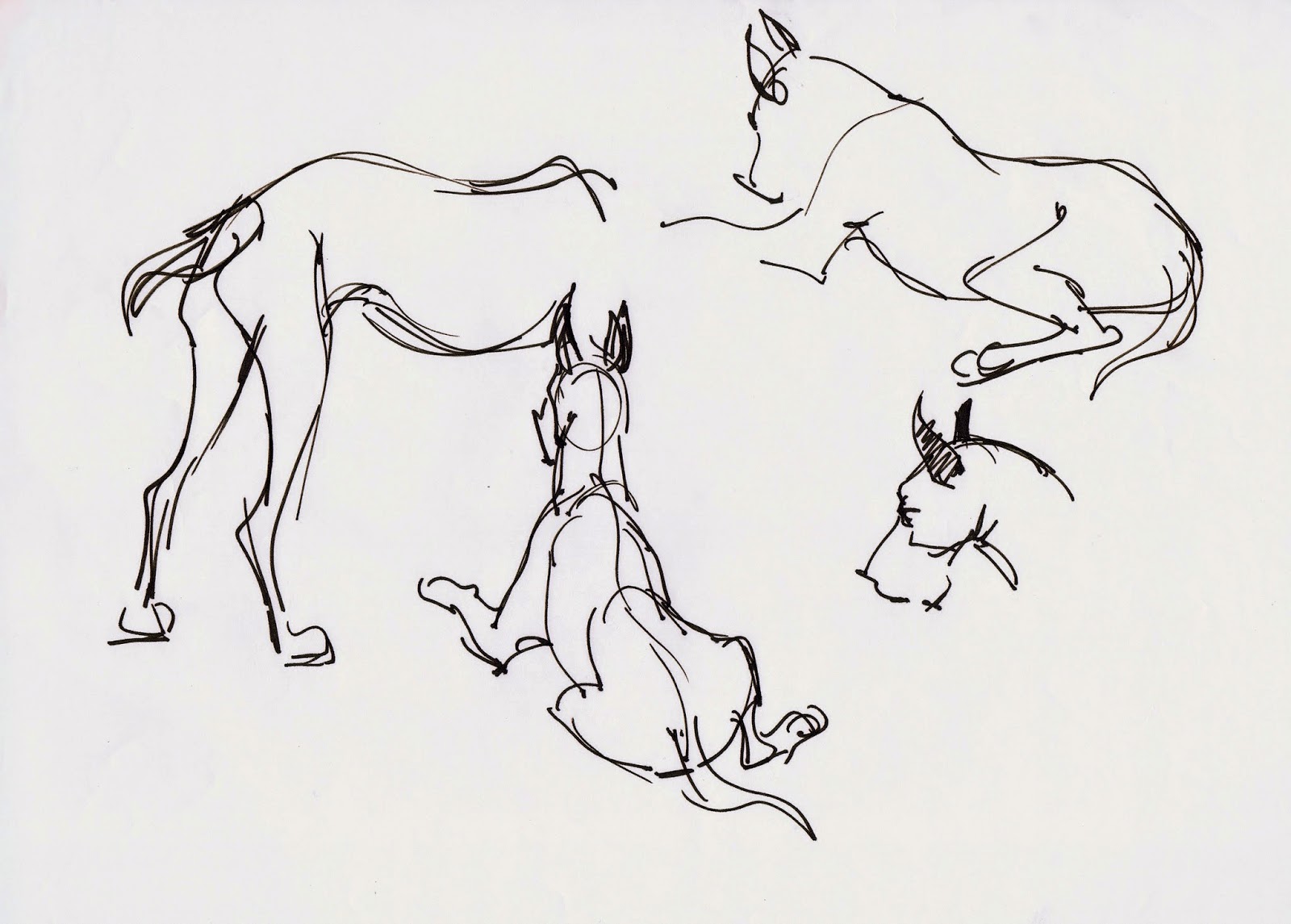 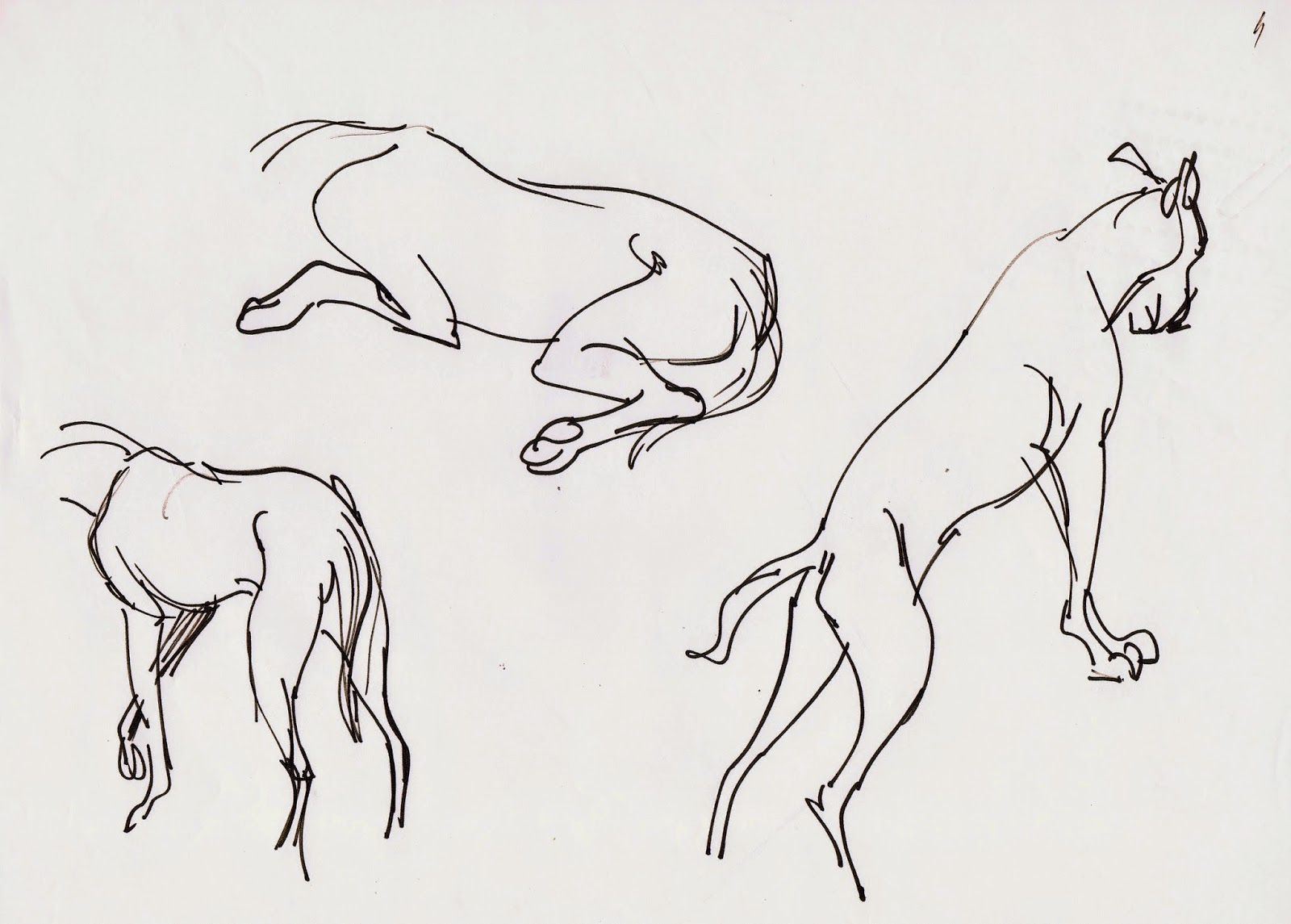 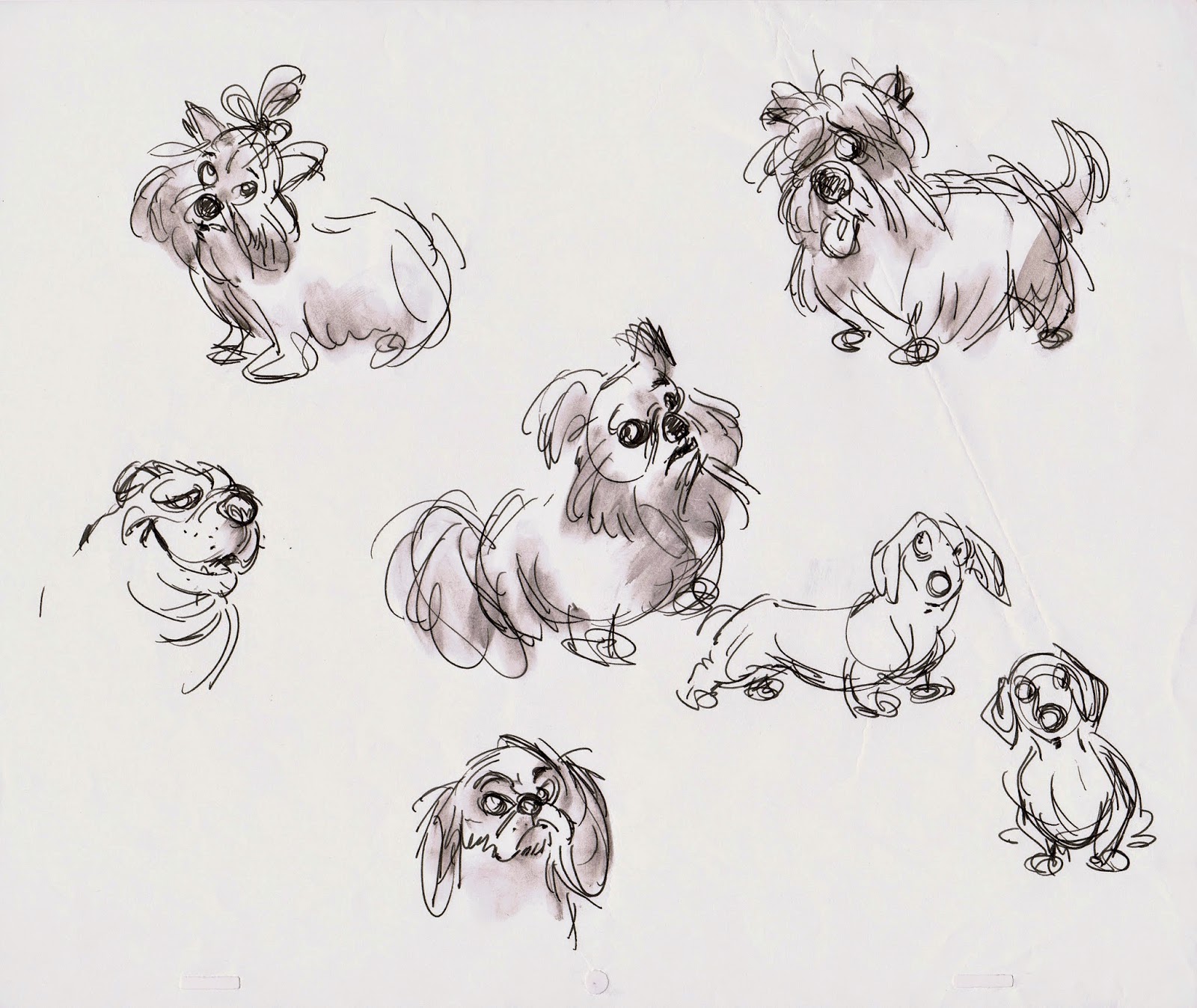 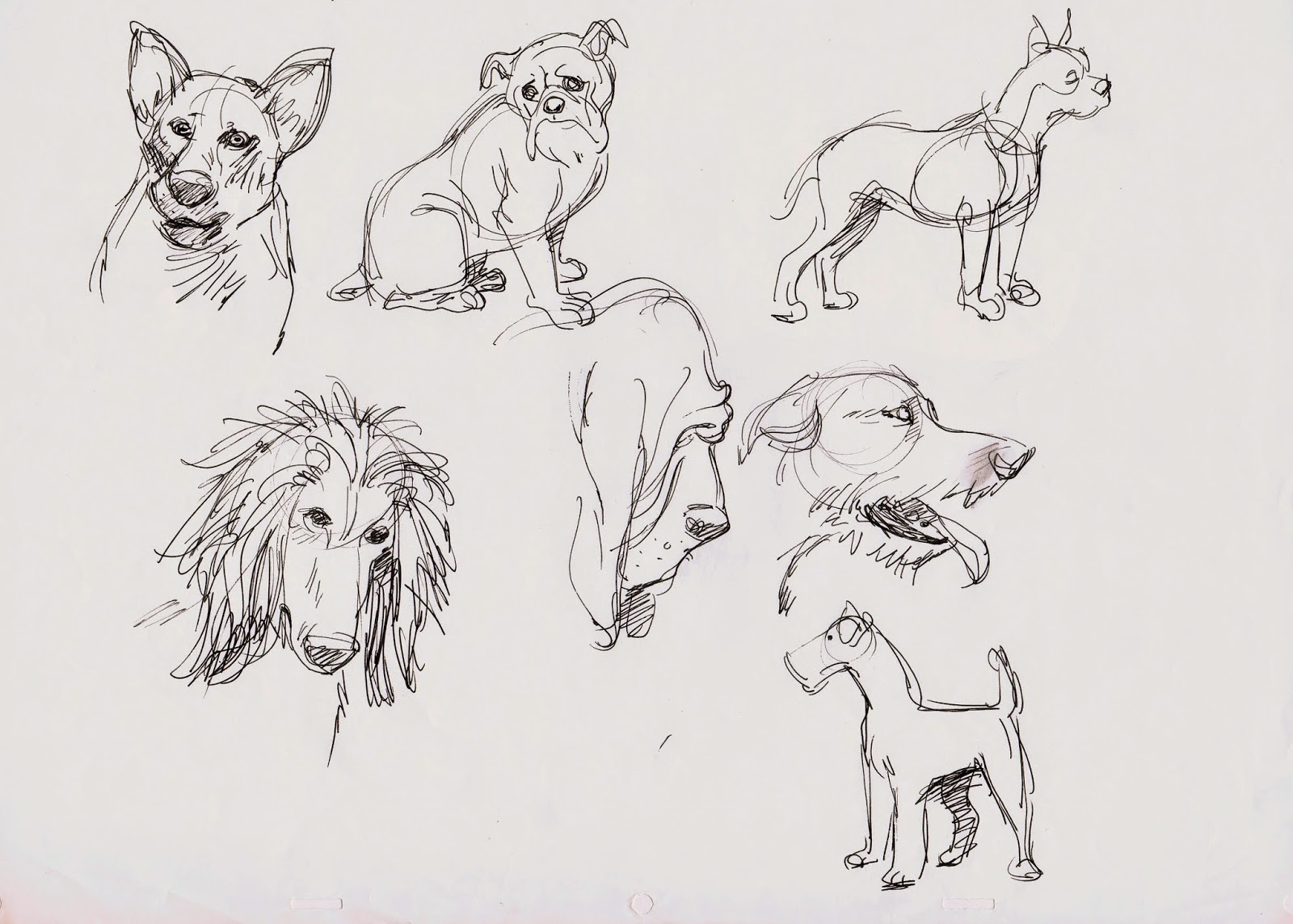 If I remember correctly, I did these pigeon/character drawings AGES ago for Dave Michener. He was helping Ken Anderson during the early 1980s to get a movie called “Scruffy” off the ground. And there was this pigeon character. I don’t remember much about him or the story, but what bothers me is the fact that I drew this pigeon with a thin neck. How weird!  Pigeons don’t have thin necks! 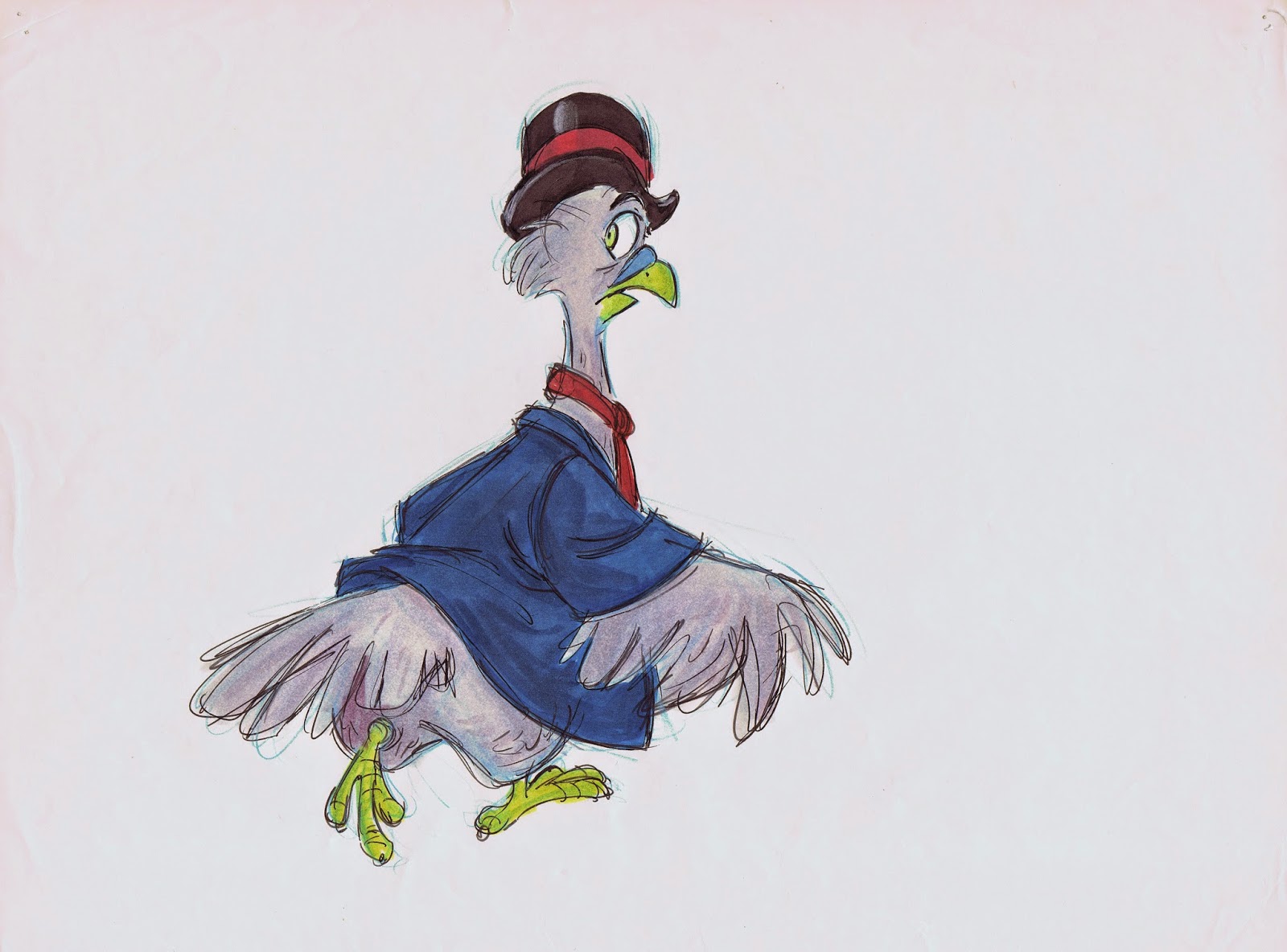 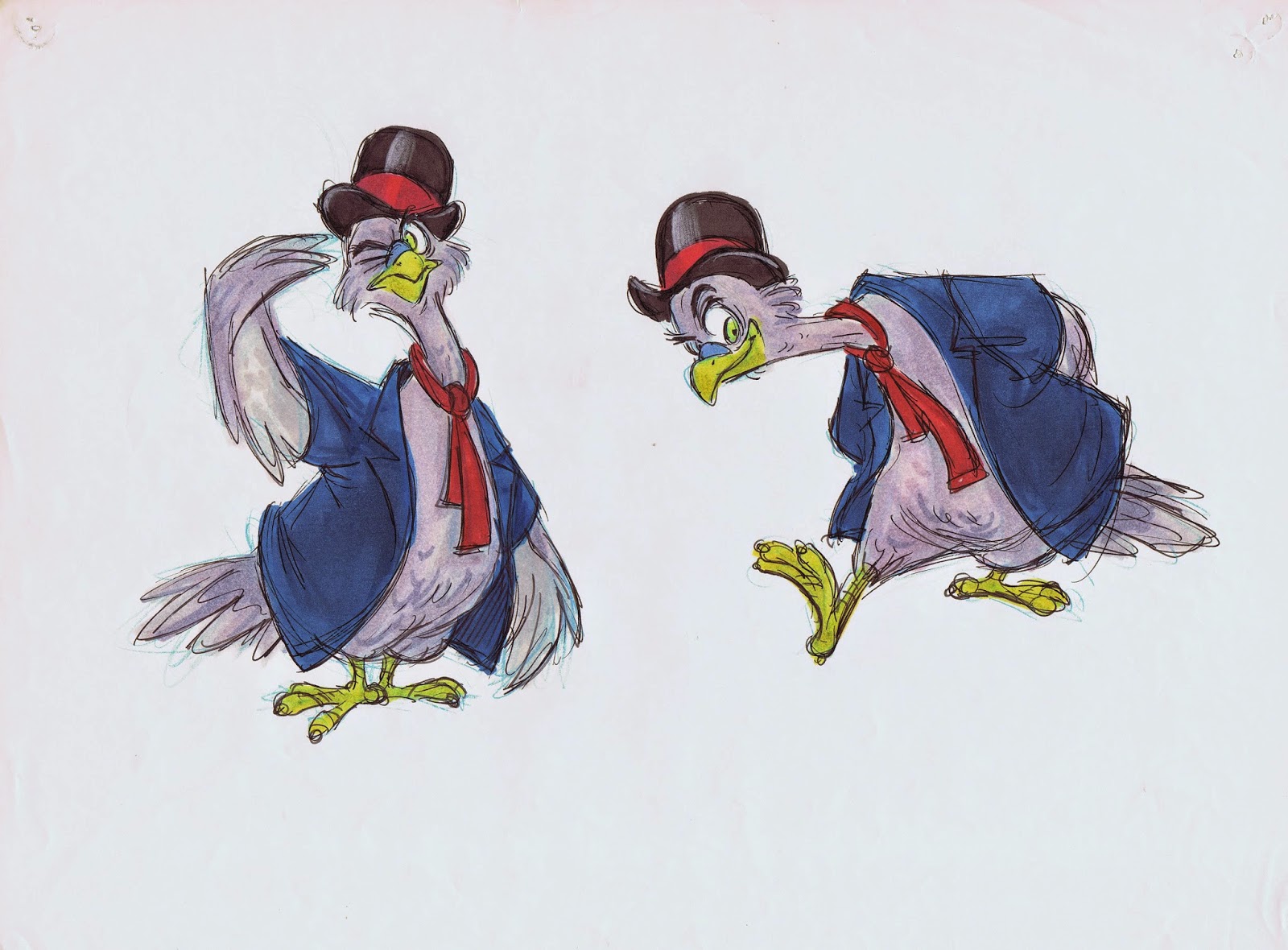 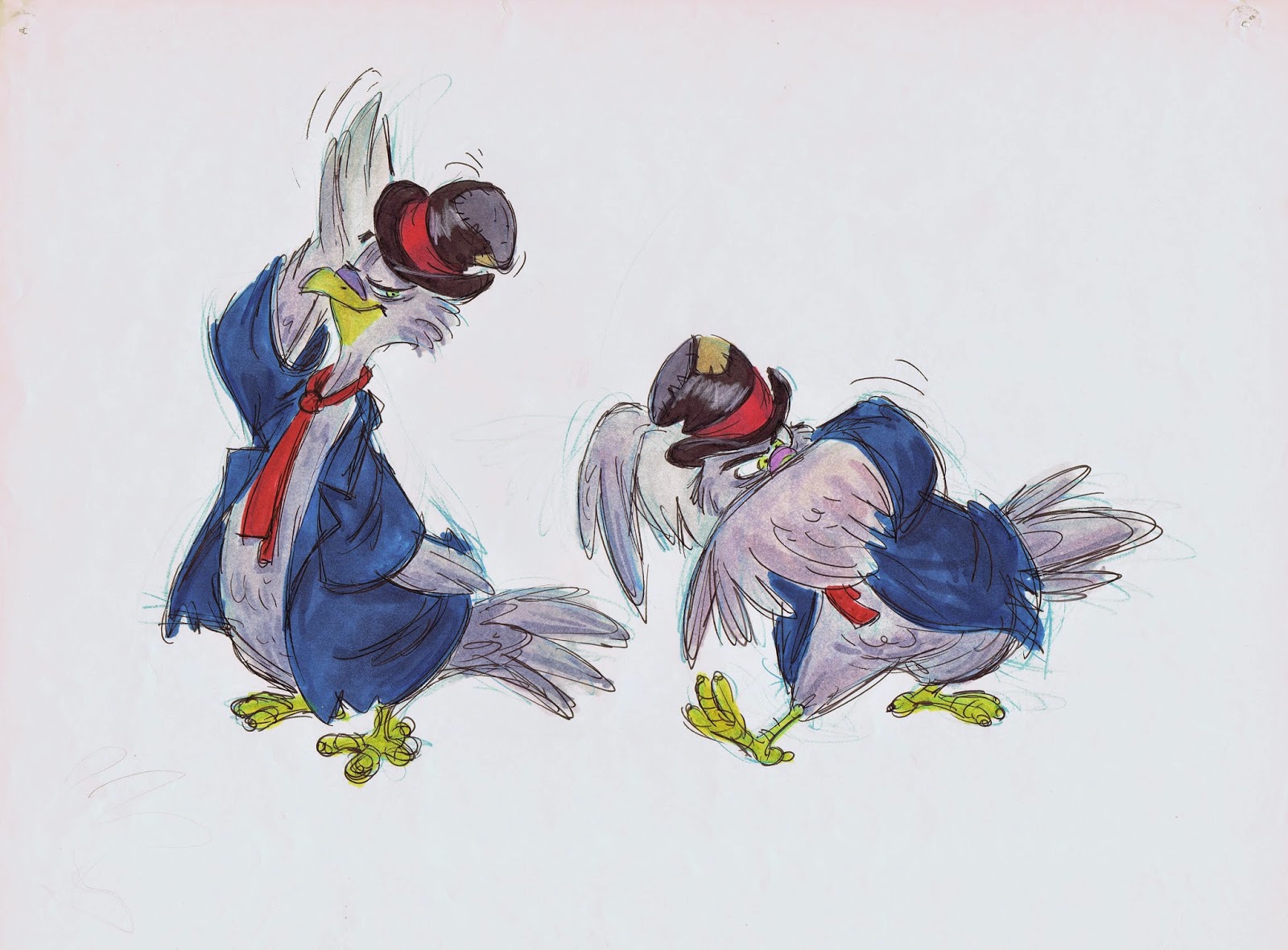 Correction: The pigeon was not designed for the proposed film "Scruffy", instead he was originally a character in "Great Mouse Detective".
Posted by Andreas Deja at 1:24 AM 18 comments: