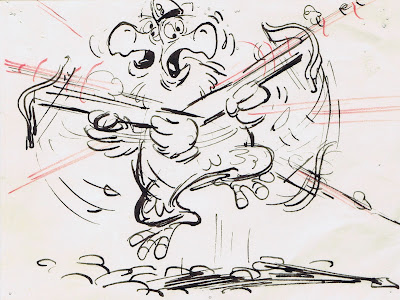 Ken Anderson drew these story sketches for a scene which appears toward the end of the film Robin Hood. The Sheriff of Nottingham has just made himself comfortable as he guards the town jail, when his vulture guard Trigger approaches and clumsily misfires an arrow from his crossbow.
The Sheriff tries his best to avoid the rebounding bolt. 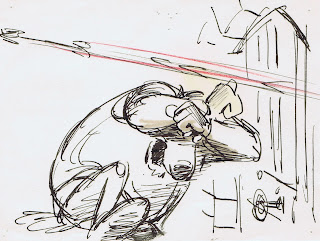 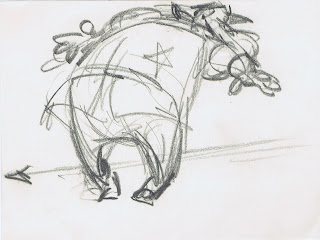 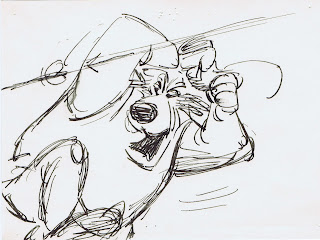 John Lounsbery ended up animating this scene, but not before drawing virtuoso Milt Kahl gave him a few solid poses that show the panic stricken wolf in various positions.
These drawings are phenomenal, put down on paper in seconds with the sharpest pencil in the West. There is plenty to admire, for example I love the way Milt defines form on the lower arms by the way he angles the sleeve line.


Beautiful, contrasting shapes throughout the figure! 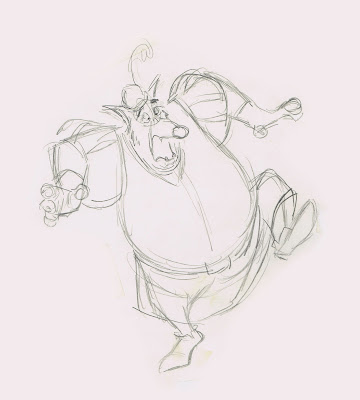 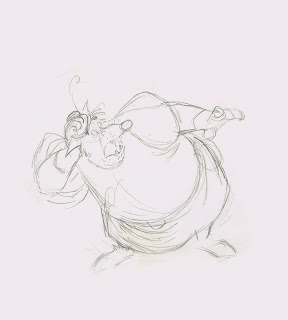 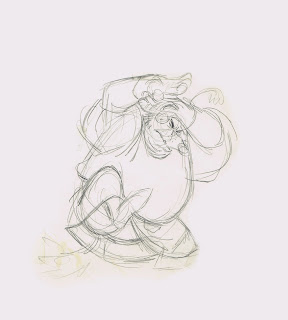 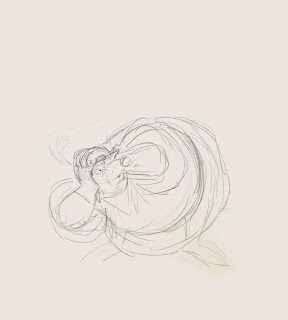