To many Marie, Berlioz and Toulouse might not be considered classic Disney characters, but when The Aristocats premiered way back, the film was enthusiastically received, particularly in Europe.
I understand that by now Marie has become quite the star in Japan.
Ken Anderson did tons of exploratory drawings of the kittens. These color sketches give you an idea about his process, and how he tried to differentiate the three from each other through proportions, attitudes and coloring. 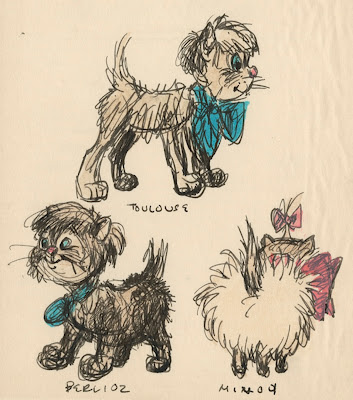 The following five sheets show Milt Kahl's first attempts to adapt Ken's designs for animation.
I remember senior clean up artist Chuck Williams telling me how surprised he and others were, when the final designs were approved. "Oh, is THAT what they are going to look like?" was his reaction. Obviously Chuck had expected something different.
I find these preliminary drawings by Milt very charming. They were drawn on small note pad paper sheets, 6" x 8 1/4" with a super sharp pencil, probably during a story meeting.
The fluffyness of Marie's fur was later streamlined to avoid complicated line mileage. 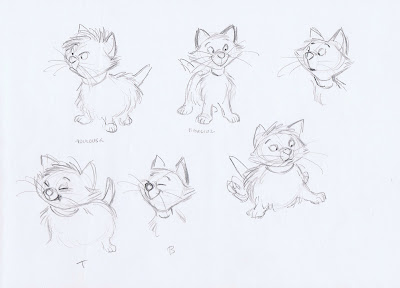 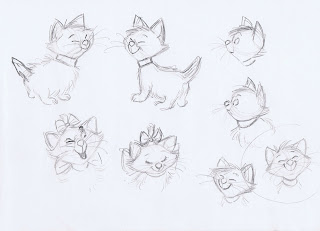 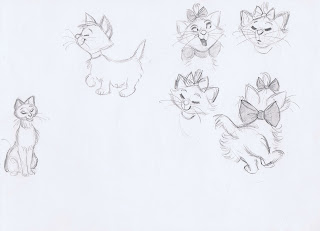 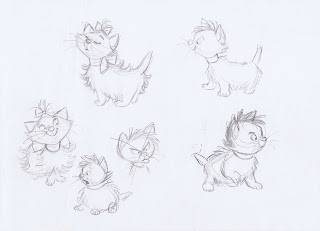 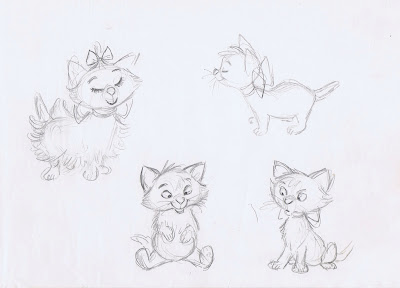 In these drawings you see Milt helping Ollie Johnston with design and drawing issues.
Ollie animated key personality scenes with the kittens in sequences like the singing lesson and Berlioz painting Edgar's portrait.
I really enjoy the believable child like behavior in Ollie's animation, and I love Marie's diva attitudes. 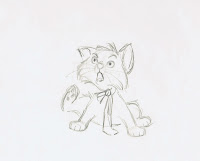 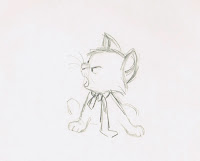 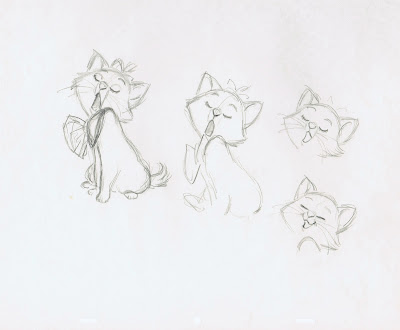 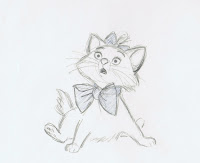 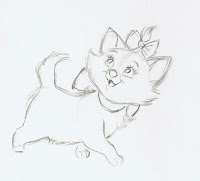