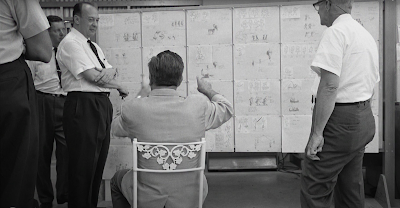 It is always exciting to find photos from the Disney past. Photos I had not seen before from Behind the Scenes that give you a glimpse of what it was like working on incredible projects. Most Disney productions under Walt's guidance have become American folklore, embraced by the whole planet.
Here are a few pics I have come across recently. The shot above shows Walt as he reviews sketches by Marc Davis (standing, facing Walt). The pinned up drawings reveal Marc's analysis of motion ranges for various audio-animatronics to be installed at Disneyland. What a great photo. 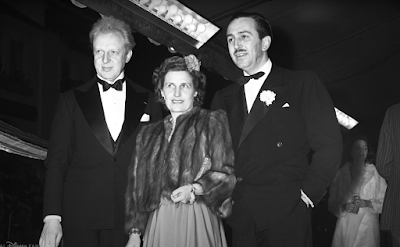 Leopold Stokowski, Lillian and Walt Disney at the opening of Fantasia. 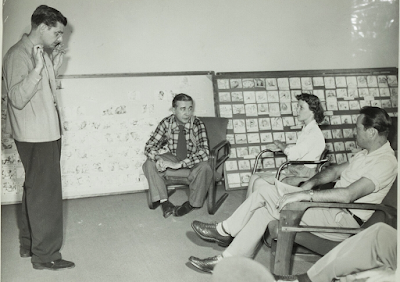 Kathryn Beaumont at an early story meeting for Alice in Wonderland with Winston Hibler, Ed Penner and others. 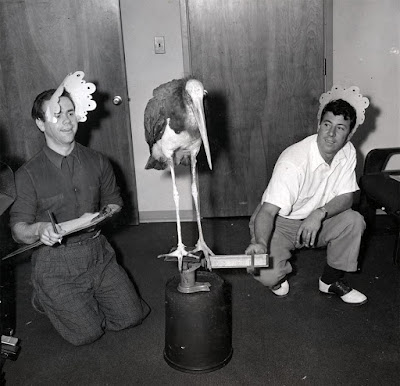 Ward Kimball and Fred Moore studying a marabou stork in preparation for Dumbo. 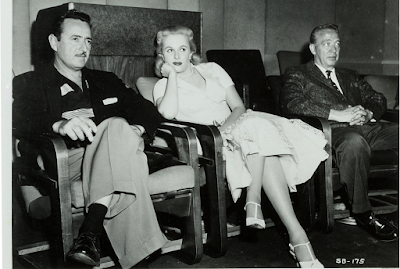 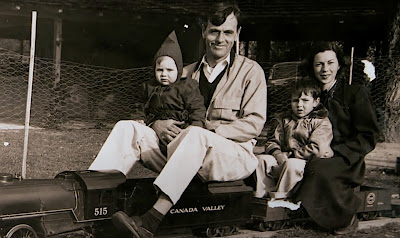 The Reitherman family visits Ollie Johnston for a model train ride. Woolie with his wife Janie and sons Robert and Richard. Bruce wasn't born yet. 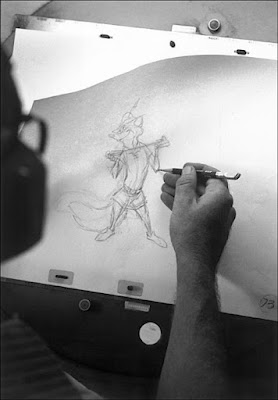 This drawing of Robin Hood looks an awful lot like a John Lounsbery sketch. So I suppose that's him in the photo. 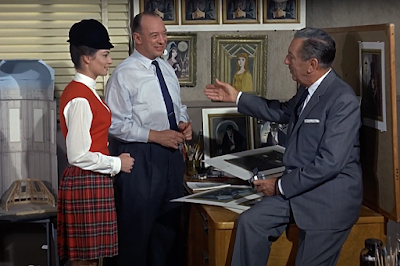 Disneyland's first ambassador Julie Reihm, Marc Davis and Walt in the TV show Disneyland 10th Anniversary. I had the chance to meet Julie on a few occasions, and I asked her about filming this show. She said that Walt went off script, which she wasn't prepared for. It made her a little nervous, but it all went well.
Posted by Andreas Deja at 11:38 PM 5 comments: