If there is one animal that presents a true challenge to an animator, it would have to be a tiger. Moving a large cat around is difficult enough, wether the design is cartoony or realistic. But to have to keep track of all those stripes adds another level of complexity to the assignment.
The good thing is that when placed correctly over the animal’s body, the stripes can help define perspective and volume to the anatomy. But for twenty-four frames per second they need to accurately follow the tiger’s outer surface. And that requires a great effort from not only the animator, but also from the assistant, who needs to deal with a hodgepodge of lines when looking at two key drawings on top of each other on the animation desk.
Over the years Milt Kahl had the opportunity to develop three distinctively different tiger personalities.
The first one appeared with Goofy in the 1945 short Tiger trouble. Story artist Bill Peet created this model sheet showing the eccentric character in a variety of expressive poses. (I don’t know why an off model chubby tiger was added to the sheet, on top of the tree. Maybe a colleague told Peet, he is drawing the tiger too skinny).
Milt saw that Peet’s design was ready to go for animation, not requiring any changes at all.
When interviewed about this character years later, Milt recalled that the story called for a screwy tiger who gave Goofy a hard time…nothing special, just baggy pants comedy. 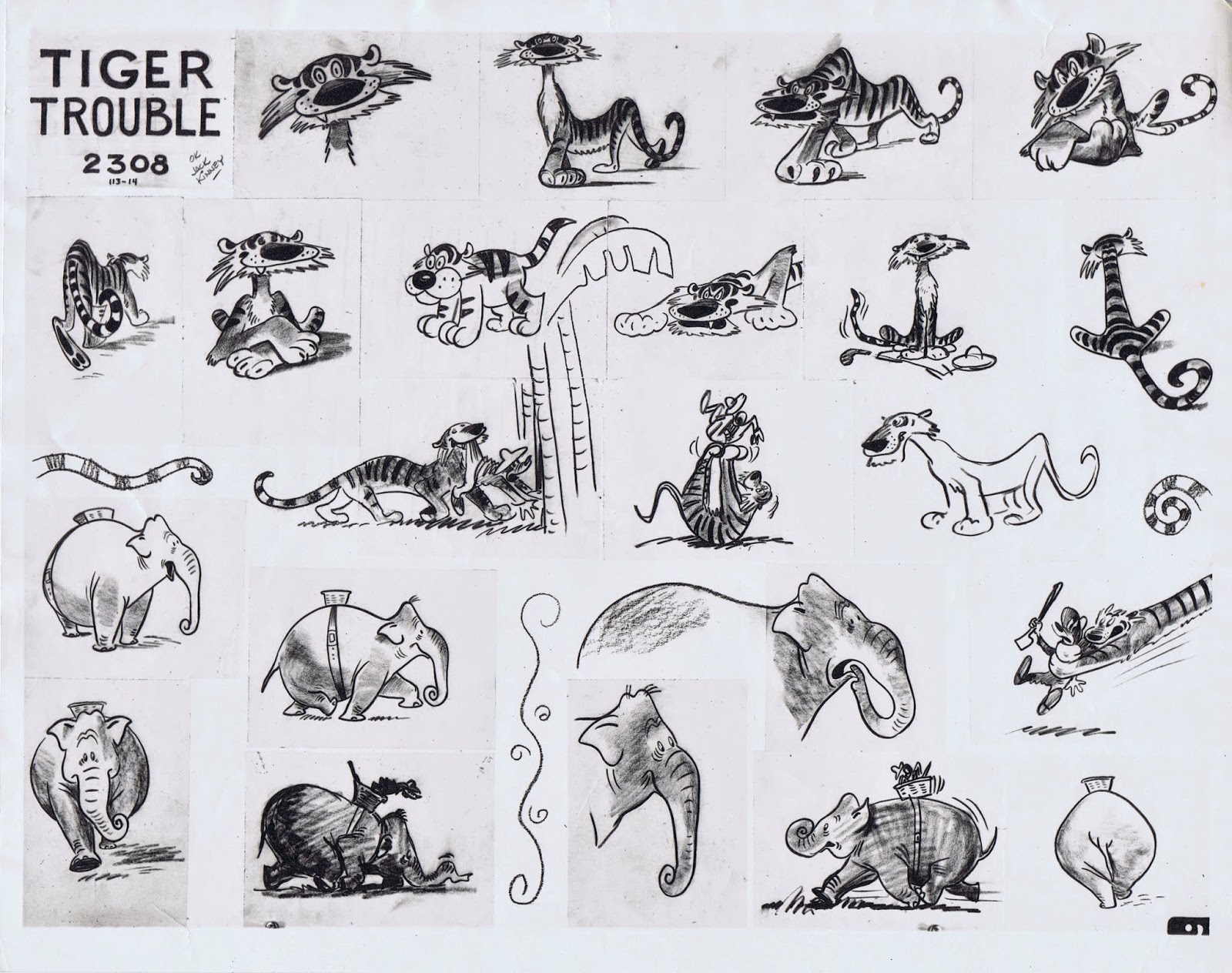 I love Peet’s elephant sketches just as much.
The model sheet below was made up of some of Milt’s poses and served as reference for the 1950 Donald Duck short Lion Around. 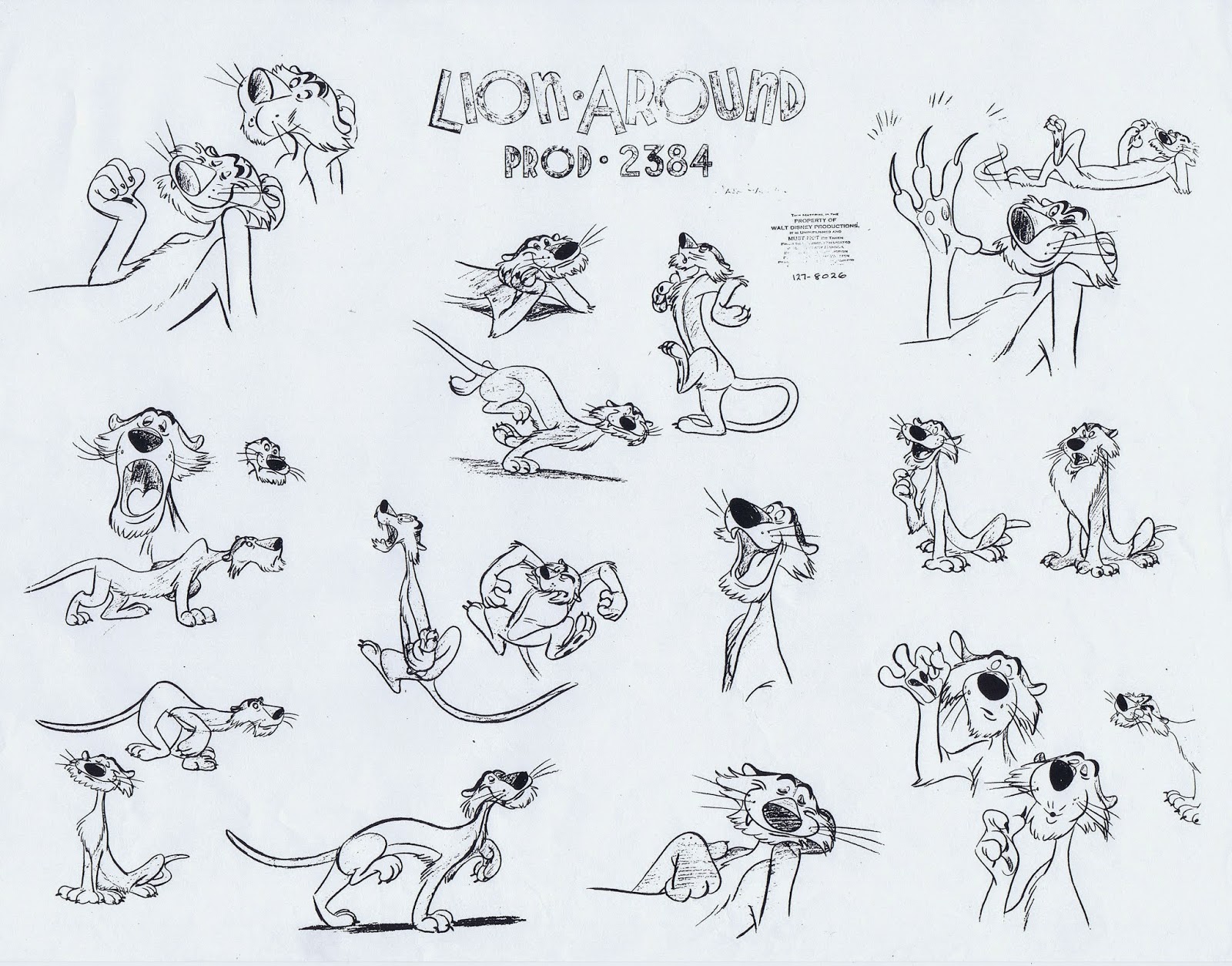 Over twenty years after Tiger Trouble Milt animated the villain in the 1967 film The Jungle Book, a very different assignment. Cool, smooth and subtle animation defined this groundbreaking character, who’s role in the film was relatively short, but utterly impressive as a design and performance. Shere Khan was one of the last characters Walt approved for an animated film. 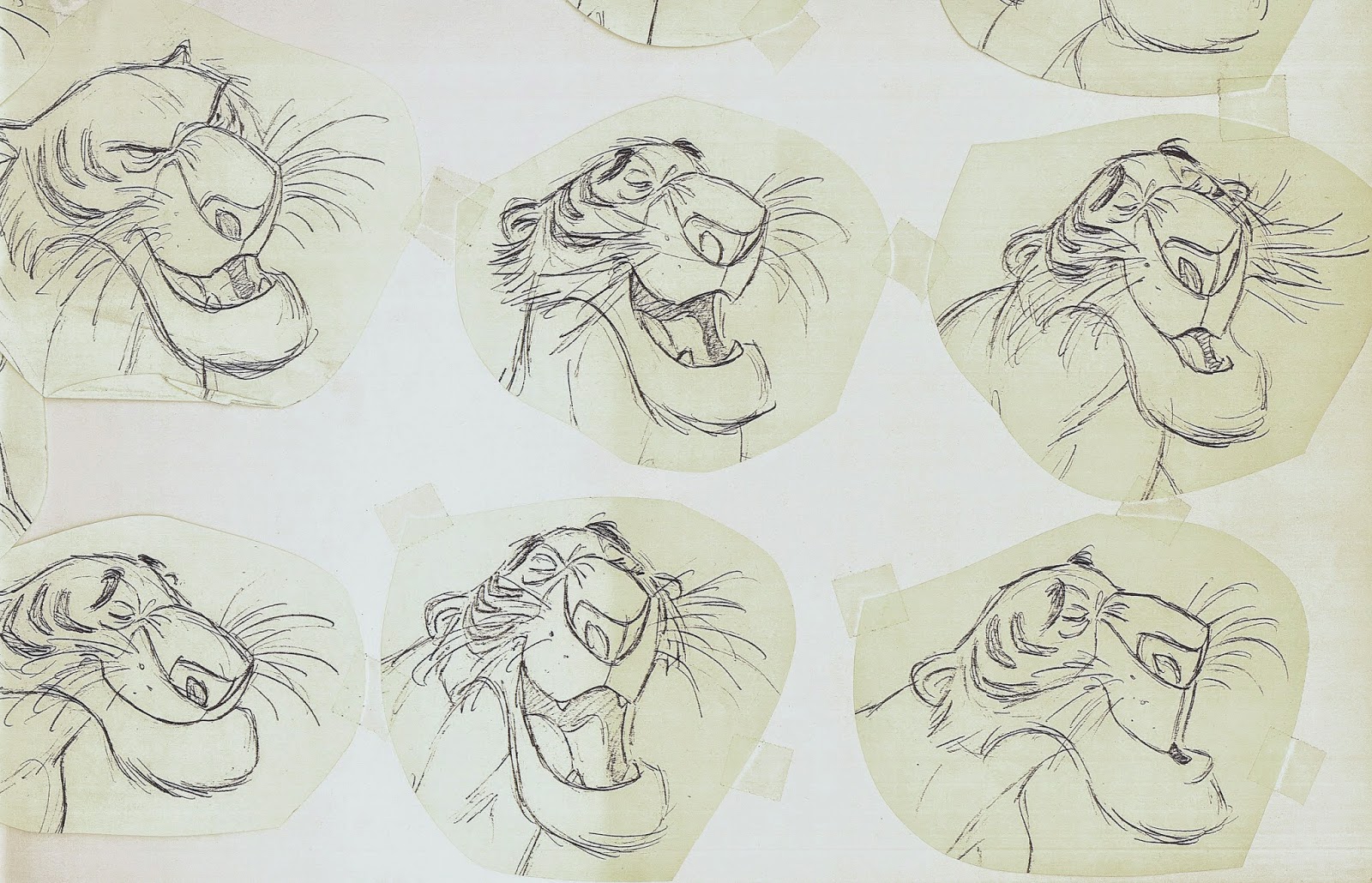 Tigger first showed up in the 1968 featurette Winnie the Pooh and the Blustery Day. He represents a mixture of real tiger, stuffed toy and a Picasso-esque drawing style. His high energy contrasts the other low key personalities beautifully. When I look at these drawings I realize that Tigger was created to entertain kids, but at the same time his design and motion reach the animation stratosphere. 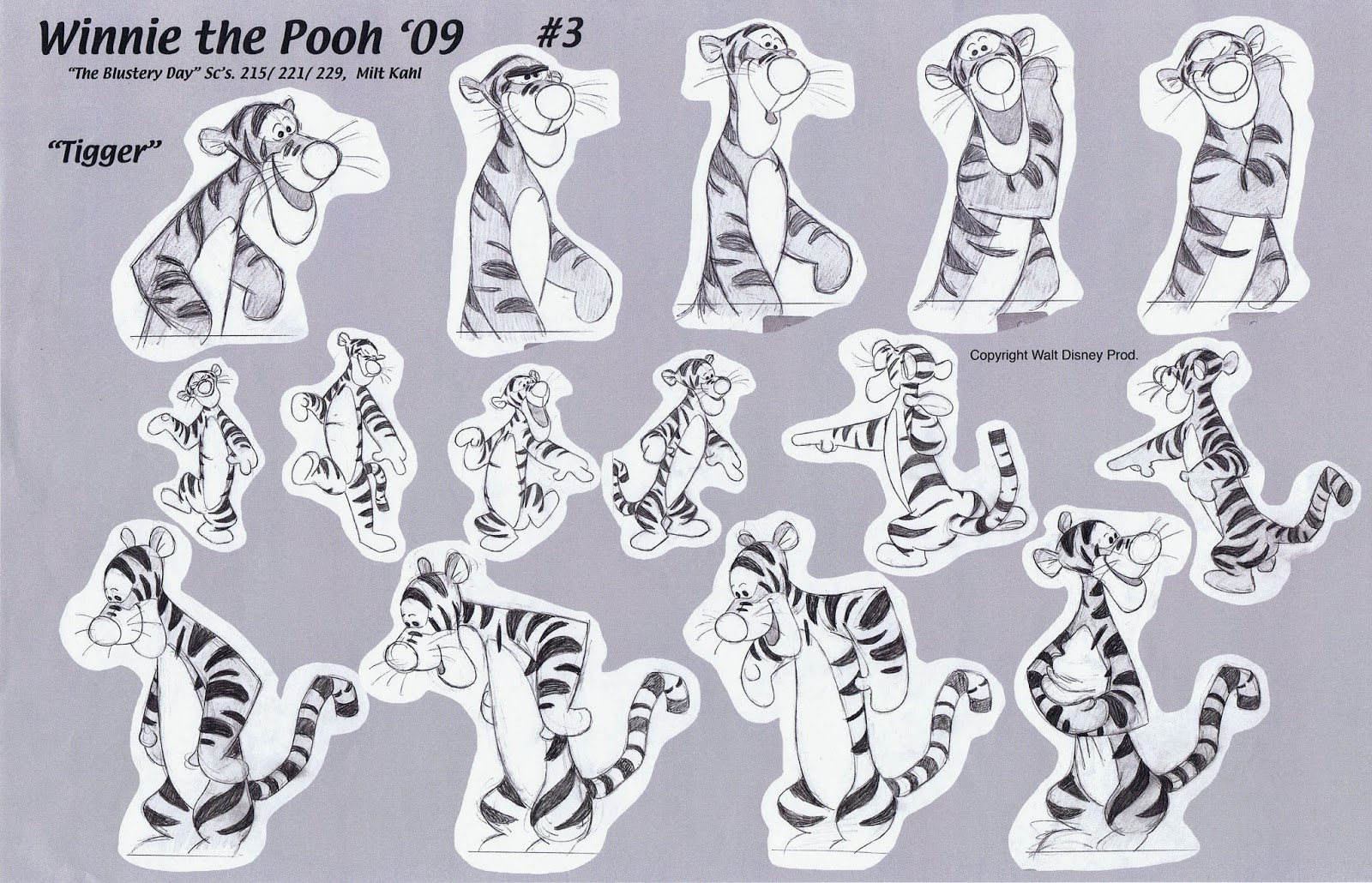 Here is a clip reel with all three tigers. Entirely different from each other, they all show Milt’s mastery of the medium of animation.

As far as Mushka, the tiger I am currently working on, after a lot of research into real tiger behavior and anatomy I feel ready for production animation. Story work is coming to an end, I am pretty psyched.