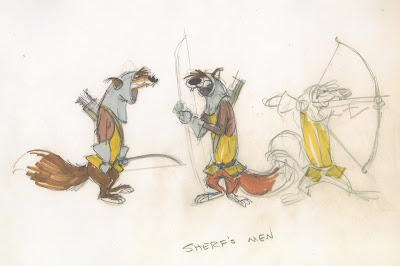 Disney all-round artist Ken Anderson drew concept designs for all characters in the film Robin Hood.
I have posted quite a few of them in the past. Usually Milt Kahl would then take over and polish Ken's original ideas for final animation.
Here a few sheets featuring the Sheriff of Nottingham's henchmen as wolves done by animator John Lounsbery. Some of the sketches are reminiscent of the wolf from Sword in the Stone, a character Louns animated about a decade earlier. He works pretty rough here as he focuses on poses and expressions that reveal the personality of these sub-villains.
In the end Milt's approach of the wolves made it to the screen. I will post his designs next.
Louns's drawings might not have the graphic sophistication you find in Milt's work, but there is an energy as well as charm in these sketches that is unique to his character research. 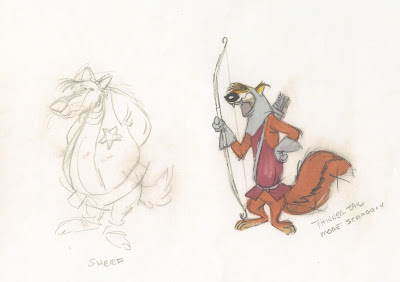 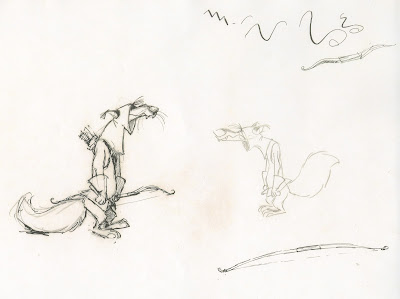 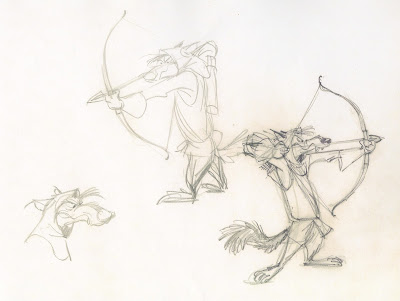 A couple of beautiful rough animation outtake drawings, showing the Sheriff of Nottingham, who is portrayed as an overweight wolf. 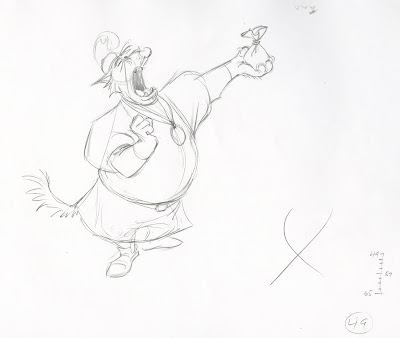 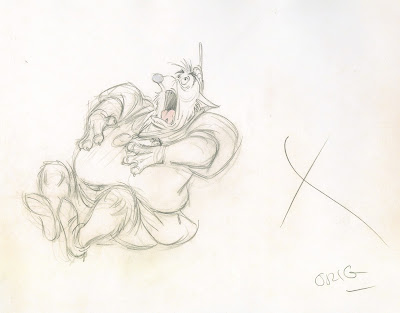 Thanks to Rick Farmiloe for providing these images.


Milt Kahl's work on this character can be seen in this earlier post: