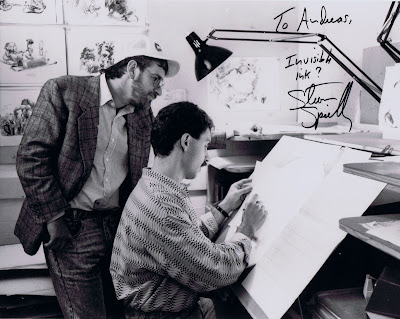 This picture was taken sometime in 1987 when Steven Spielberg was visiting the animation crew in London. We were early on in production for "Who Framed Roger Rabbit".
I believe Mr Spielberg had his picture taken with almost everybody in the animation crew. And he signed all those photos, too.
The camera that day sure didn't capture what I was working on, so it looks like I only have a blank sheet of paper to show for.
Steven Spielberg is a very cool guy. He talks to you on the same level, from one filmmaker to another. I remember his enthusiasm for film and animation.
A few years later I even had the chance to have breakfast with him at the newly founded Dreamworks Studio. And again I felt like I could comfortably talk to this movie giant about anything, film or otherwise. I remember asking him if I could stop by the set of Jurassic Park II. He said, you won't be seeing any dinosaurs, there's just a lot of waiting around on the set. (I didn't end up going.)

I've kept shockingly little of my animation drawings from Roger Rabbit.
Here is a sketch with the Weasels' leader Smart Ass. I enjoyed animating his introduction very much.
He was interacting with live action props like a chair and a pistol, then he threatened Bob Hoskins: "Where's the Rabbit?" 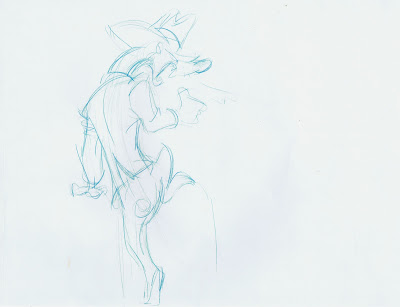 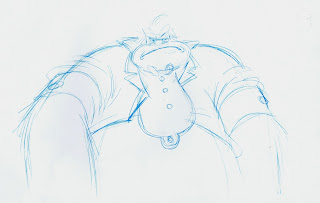 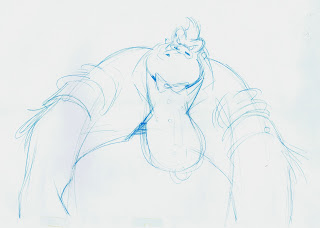 A post-Academy Awards-photo with Dick Williams, his mother and some of the animation crew.
Good times!! 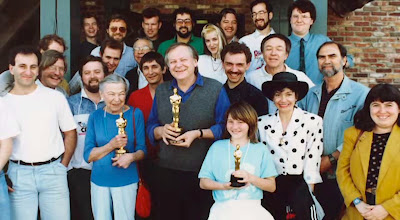