The Genius of Heinrich Kley 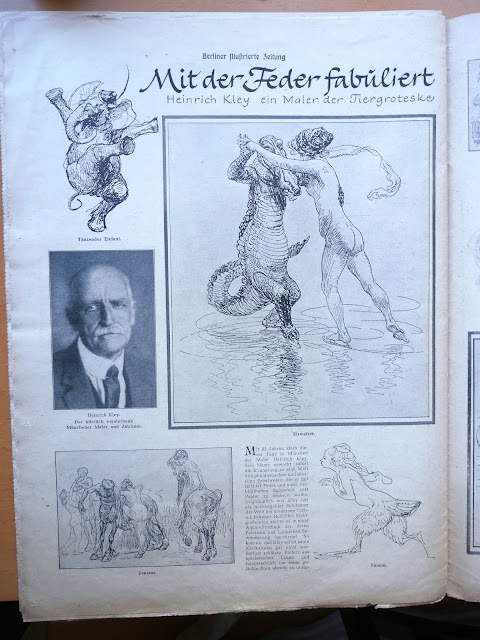 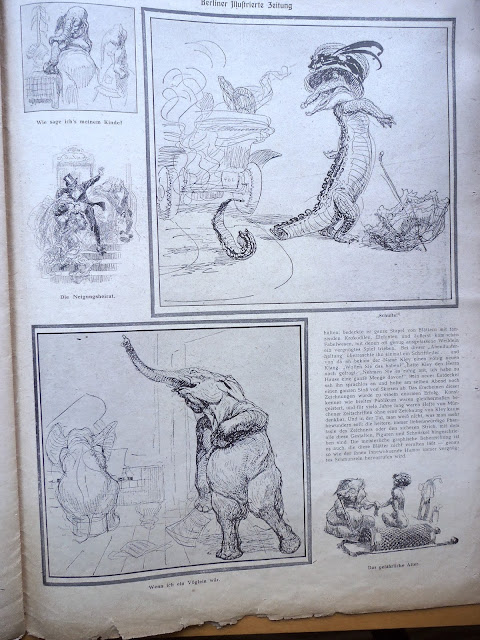 I don't know exactly what year this article was published in the German newspaper "Berliner Illustrierte Zeitung". But since the text reveals that Kley had just died, the early 1940s would be a safe bet.
As I said before, Kley's work ages beautifully. Master draughtsmanship defining cartoony situations.
The first page shows you what Kley actually looked like, what a sad expression for an artist who's work makes you smile.
Occasionally Kley would copy one of his drawings and add color, either for a client for a friend.
The drawing below is one of those copies. 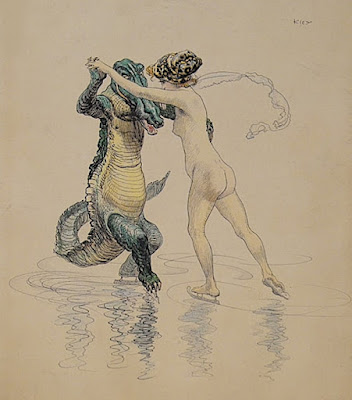 A huge oil painting depicting part of the German steel factory Krupp as it is being invaded by a group of demons. Kley's skills as a painter are as strong as his graphic work. 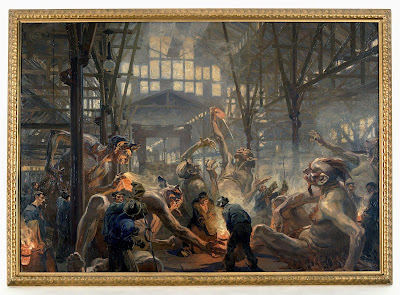 Drawings like this one inspired a generation of Disney animators...actually at least two generations, mine included. 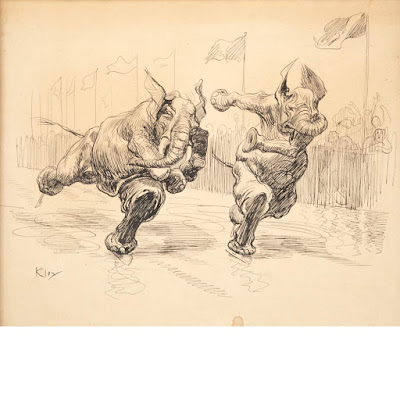