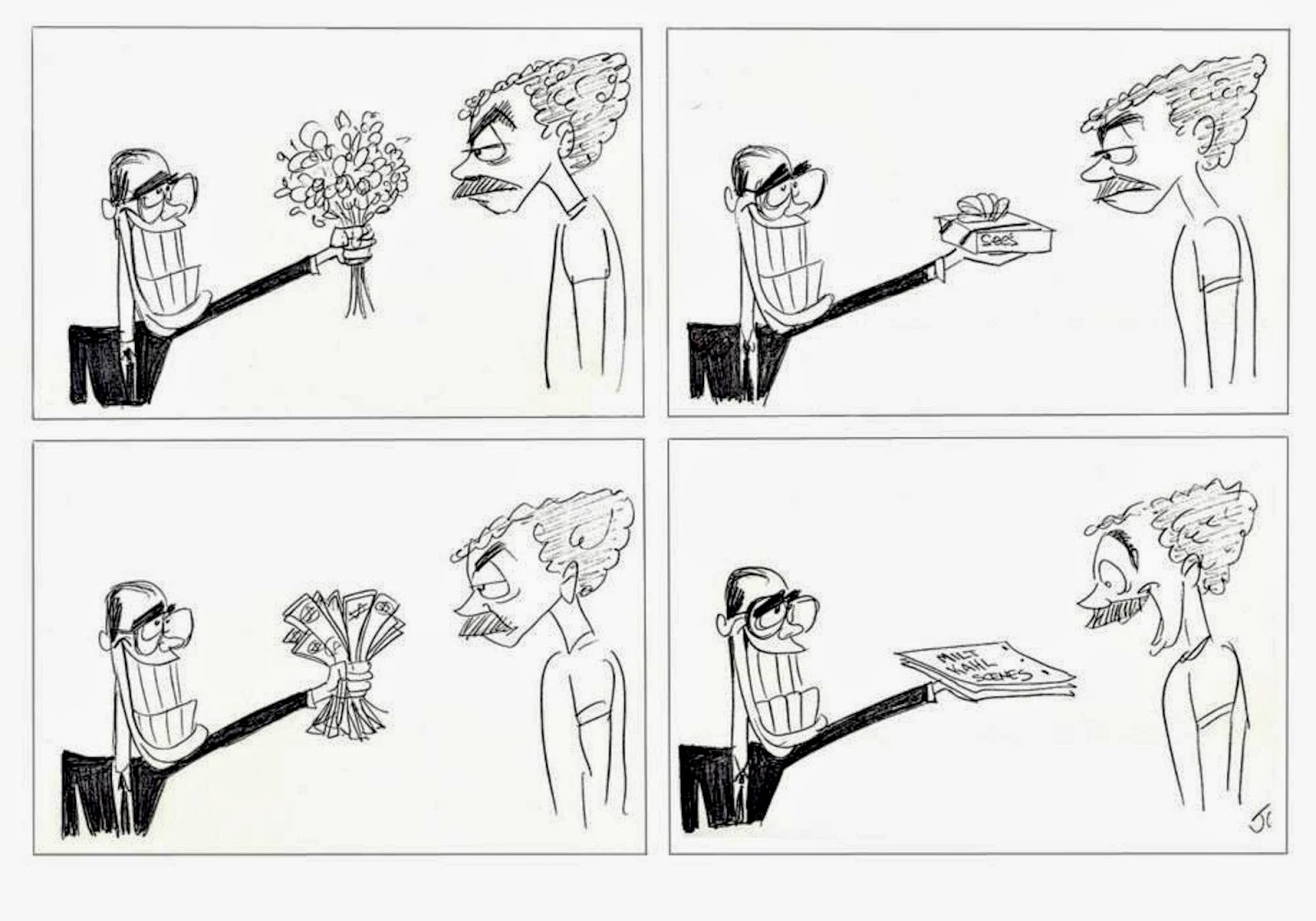 Director John Musker came up with this hilarious cartoon panel featuring Jeffrey Katzenberg and myself.
After I had completed my work on Roger Rabbit I returned from London back to the Burbank Studio.
At that time management decided to put key animation personal under contract. But I was seriously considering to return to Europe to work in animation over there.
To my bewilderment and surprise I started receiving gifts from Jeffrey’s office, usually with a note that asked me to stay on and sign a contract. The truth is that I did take my time to decide my future, but before I finally opted for continuing work at Disney I was not offered Milt Kahl scenes from the archives.
Instead I had asked for Milt’s animation desk. The deal was that I could have it, IF I could find it around the studio. Well, with the help of old studio photographs I did locate the desk (at least the upper half). The photos showed Milt working on that desk during the 1950s and 1960s.


It really hasn’t helped me to become a better animator…but it is a very cool thing to own.