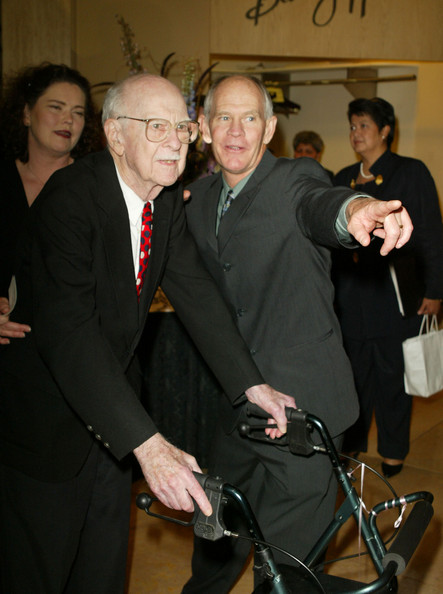 This was one of Frank and Ollie's last public appearances together. On June 28, 2003 they both reveived VISION AWARDS at the Beverly Hilton Hotel in Beverly Hills. This is an organization that fights blindness, it awards "visionaries" in the fields of entertainment, the arts and technology.
I was lucky to receive an invitation to sit at the Disney table that night. I remember when it was time to honor Frank and Ollie, film clips were screened showing many of their animated accomplishments.
After a standing ovation the host stepped off the stage and approached our table. Talking into a mic Ollie had a few words of gratitude and Frank stated that "Pencil animation still holds a special kind of magic".
These photos were taken during guests' arrival. In the image above Ollie's son Ken shows the way.

Frank enjoys talking to a group of fans, some of them famous like actress Rosanna Arquette on the left. Note the colorful horn on Frank's walker. 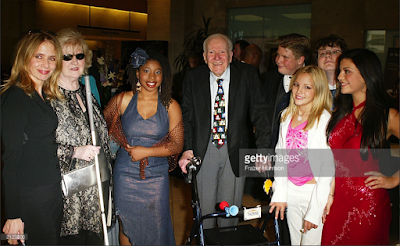 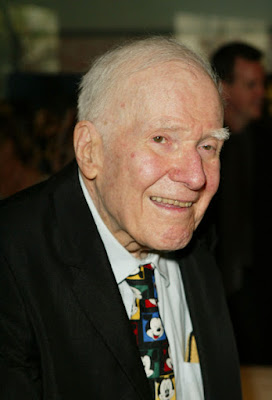 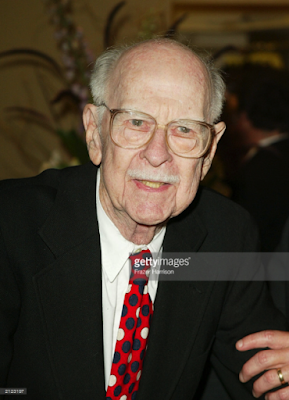 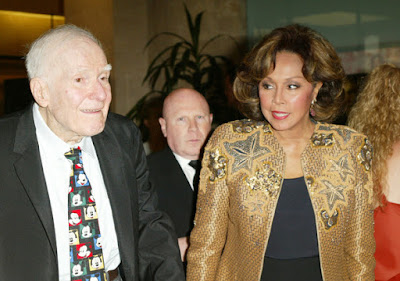