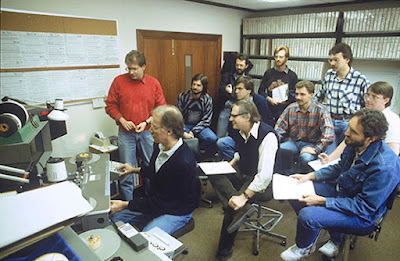 This was a sequence turnover meeting, where we looked at live action footage and discussed the animation that needed to be added.

Roger Rabbit, a once in a lifetime experience! The idea behind the film was irresistible.